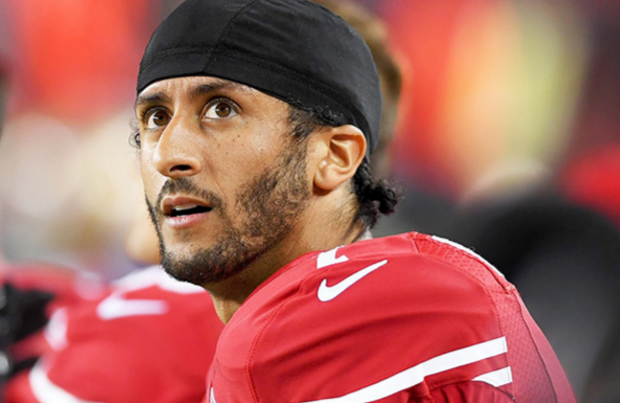 Flag Idolatry Is A Pathology That Crushes Real American Values

What, if anything, does it mean to respect the American flag?

he flag is a symbol, and there is no agreement as to what it actually symbolizes. By design, the flag’s thirteen stripes stand for the original 13 states, none of which would ban slavery. The 14th state, Vermont, was the first state to ban slavery, doing it weakly in its 1777 state constitution (not that the principle was enforced: in 1802 the Town of Windsor sued a State Supreme Court justice to get him to take care of an elderly, infirm slave he had dumped on town welfare; the town lost the case). The original flag had 13 stars for those same original 13 states, and it took over 70 years before all 36 stars in the 1865 flag represented states without slavery (but not states without racist Jim Crow laws and the freedom to lynch without consequence). The colors of the stars and stripes had no meaning in 1777, when it was adopted, as distinct from the colors of the Great Seal that did have meaning.

Then there’s the Star Spangled Banner, written by a slave owner in celebration of the defense of a slave state in a battle against the British. The British force included a contingent of former slaves who were promised freedom if they fought for the British. How many people at the beginning of a sports event understand “the land of the free and the home of the brave” in its deepest historical irony?

All in all, the typical American flag ritual is an exercise in mindless obedience in which any talk of real meaning interferes with the underlying objective of fealty to the state. The ritual is totemic and totalitarian, but not so extreme as the Two Minutes Hate required by the Party in George Orwell’s novel “1984.” The difference is one of degree, not kind, and the enemy in both instances is rational, individual thought.

Mindless obedience has long been a goal of self-appointed patriots, wrapping themselves in the flag to defend indefensible domestic injustice or criminal wars (both of which we have more than our share these days). There is no meaning in the demand to “respect” any abstract symbol, much less one as drenched in horrifying contradiction as the American flag. In a mature world, respect is what you earn, not what you demand. In a mature world, a person is respected for who and what he or she is and does, not for any office or position of authority. We do not live in a mature world.

Some quarterbacks are more obtuse than others

More than a year ago, San Francisco quarterback Colin Kaepernick first sat quietly, then kneeled during the national anthem at the beginning of his team’s games. The gesture was quiet, respectful, and principled. And Kaepernick was articulate in his explanation that he was objecting to bigotry and injustice in America, and especially to police suffering no consequences for shooting and killing unarmed black men. For this objection, he has been blacklisted by the National Football League owners, the same owners who turkey-danced in all directions last weekend in a panic to find the right response to an intensity of protest they mostly neither shared nor understood, beyond the need for public relations management.

No one has a coherent argument for saluting the flag, because there isn’t one. The flag ritual is an expression of our secular religion, American Exceptionalism. Coherence and reason are at best irrelevant and require suppression before they spread and become a threat. The result is widespread confusion among a large portion of the population, expressed as sincerely and sadly as anyone by New Orleans Saints quarterback Drew Brees. Brees started by making it about President Trump, which it’s not, and then went on to say with inarticulate imprecision: “I disagree with what the President said and how he said it. I think it’s very unbecoming of the office of the President of the United States to talk like that to the great people like that.”

The rest of the Drew Brees statement got even more disconnected in its thought pattern:

The national anthem and standing for the national anthem and looking at the flag with your hand over your heart is a unifying thing that should bring us all together and say, “You know what? We know that things are not where they should be, but we will continue to work and strive to make things better, to bring equality to all people: men, women, no matter what your race, creed, religion – it doesn’t matter – equality for all.” But if you’re an American, then I will always believe that we should be standing, showing respect to our flag with our hand over our heart.

Well, that’s just nuts. And it hasn’t worked. Historically, all the flag worship in the world has done little to assure justice. Like an ungodly number of his fellow citizens, Brees is deep in American denial. His is a common knee-jerk response, absent logical thought despite some accurate perceptions. Yes, it sort of sounds good – until you try to figure out what it means. Knee-jerk reactions are not about knees but jerks. And when people like Brees are standing for the national anthem, what are they really standing for?

Is this a tipping point? Are we watching a fad or a movement?

When Colin Kaepernick was protesting alone in 2016, it’s doubtful even he expected to see so many NFL players and owners expressing such solidarity and support in 2017. Granted, the message was muddled, as some players kneeled, some linked arms, some stayed in the locker room, and so on, with no clear message emerging beyond, perhaps, some disgruntlement at being dissed by Trump. The game is on, but it’s not clear yet what the game is, and no clear leadership has emerged. But the legitimacy of professional American athletes protesting, even in the mildest way, is a new thing. If the protest expands and endures and coheres, it could be a very good thing for the country. These protestors include an inordinate number of new millionaires who have decided not to forget what they know about being black and brown in this America. And for anyone wondering what that means, there’s America’s response to storms in Texas and Florida, and America’s virtual abandonment of Puerto Rico, as Trump blames the looted colony for being at the mercy of the United States. Puerto Ricans are American citizens who serve in the US military at disproportionately high rates. Tell them about saluting the flag.

And now sports protest has spread from professional football to major league baseball, although just barely. On September 23, Oakland Athletics rookie catcher Bruce Maxwell became first major league baseball player to kneel for the national anthem, hat over his heart and a teammate’s hand on his shoulder. Maxwell was born on a US military base in Germany. He is the son of a career soldier. Maxwell’s statement after the event had a coherence Drew Brees should envy:

The point of my kneeling is not to disrespect our military. It’s not to disrespect our constitution. My hand was over my heart because I love this country. I’ve had plenty of family members, including my father, that have bled for this country, that continue to serve for this country. At the end of the day, this is the best country on the planet. I am and forever will be an American citizen, and I’m more than forever grateful for being here. But my kneeling is what is getting the attention, because I’m kneeling for the people that don’t have a voice. This goes beyond the black community. This goes beyond the Hispanic community. Because right now we’re having a racial divide in all types of people. It’s being practiced from the highest power that we have in this country, and he’s basically saying that it’s OK to treat people differently. My kneeling, the way I did it, was to symbolize the fact that I’m kneeling for a cause, but I’m in no way or form disrespecting my country or my flag.

Maxwell is, intentionally or not, echoing Abraham Lincoln’s first inaugural address in 1861, when he said, with seven states already seceded from the union for the sake of slavery:

We are not enemies, but friends. We must not be enemies. Though passion may have strained, it must not break our bonds of affection. The mystic chords of memory will swell when again touched, as surely they will be, by the better angels of our nature.

We have no president today capable of such words, and even less capable of such sentiments. That understanding is part of what drives NFL players to demonstrate, however inchoately. From Kaepernick to Maxwell, professional athletes are in touch with our better angels, and this is something new in American life. It is enough to give one hope, at least for the moment. Maybe they will be bullied back into silence and mindless obedience by the screechers demanding respect – respect for the flag, respect for the military, respect for the police even though they keep killing unarmed black people (and others). The screechers know no boundaries and are unburdened by integrity; they want only consent by any means necessary. But they are screeching for a despicable president who earns disrespect daily, so maybe hundreds, even thousands of over-privileged professional athletes will become America’s saving grace. We’re a long way from there. But wouldn’t that be an amazing example of giving something back?