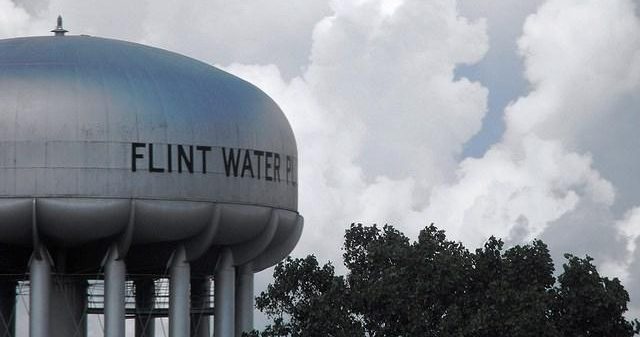 Former EPA chief Gina McCarthy has reportedly been picked as Biden’s domestic climate policy chief. That concerns activists in Flint, Michigan, who say that she failed to address the Flint water crisis.

Karen Weaver, the former mayor of Flint, said that she was disappointed with the choice.

“I hope she does better with climate control than she did with Flint,” she told MLive-The Flint Journal.

On Thursday, nine people, including former Michigan Gov. Rick Snyder, were charged over the crisis. Nick Lyon, Snyder’s health director, and Dr. Eden Wells, Snyder’s chief medical executive, were charged with involuntary manslaughter. Snyder was charged with two misdemeanor counts of willful neglect of duty. But the failure to help the people of Flint reached from the city level all the way to the top of the federal government. In 2014, the city switched water sources to the Flint River to save costs. The water was not treated to reduce corrosion, causing the water to be contaminated with lead. At the same time, bacteria in the water was blamed for an outbreak of Legionnaires’ disease.

McCarthy is preparing to lead a new office of domestic climate policy at the White House, a position that does not require approval from Congress. She wrote in a blog post that she thinks the U.S. should aim for 100 percent carbon-free electricity by 2035 and a carbon-neutral economy by 2050.

“I will help President-elect Biden turn the promises of his historic climate plan, the strongest we’ve ever seen from any president before him, into progress,” she wrote.

McCarthy became the president and chief executive officer of the nonprofit advocacy group the Natural Resources Defense Council in January 2020. She is a member of the boards of the Energy Foundation, a nonprofit supporting energy efficiency and renewable energy, and Ceres, a sustainability nonprofit that works with investors and companies. She is also a former operating advisor at Pegasus Capital, an asset management firm focusing on sustainability and wellness.

In Flint, activists remember that the EPA was slow to act on warnings about water safety.

“It’s appalling, absolutely appalling. It is a huge injustice to everyone in Flint and everything that we’ve suffered,” activist LeeAnne Walters told NBC25 News.

In 2018, the Environmental Protection Agency’s Office of the Inspector General found that “management weaknesses” in the local, state and federal government’s responses slowed the response to the crisis.

According to the report: “While Flint residents were being exposed to lead in drinking water, the federal response was delayed, in part, because the EPA did not establish clear roles and responsibilities, risk assessment procedures, effective communication and proactive oversight tools.”

Emails and internal memos show EPA staffers were aware of high levels of lead in Flint as early as February 2015. According to the Detroit Free Press, the EPA took emergency action on water testing 11 months after Miguel Del Toral, a regional groundwater regulations manager for the EPA, raised concerns internally about lead in the water.

McCarthy said in 2017 in congressional testimony that she had regrets about the process: “In hindsight, we should not have been so trusting of the state for so long,” she said. “We missed the opportunity to quickly get EPA’s concerns on the radar screen. That, I regret.”

“Say whatever you want about being in the dark about the warning signs,” Rep. Carolyn Maloney, D-N.Y., told McCarthy at the time. “Even when you did know, you did nothing.”

McCarthy also played a role at Obama’s EPA in minimizing the risks of fracking. In 2015, the agency published a misleading study that concealed the effects of fracking on water.

Food & Water Watch Executive Director Wenonah Hauter said last month: “Years later, there is a staggering amount of evidence about the risks that fracking and drilling waste pose to human health, our air and water, and to the climate. The science is clear. Gina McCarthy owes it to the communities being harmed by fracking to redeem herself in this new role, and to push for policies that move the country off fossil fuels.”

Naomi LaChance is an investigative journalist based in Maine covering corporate influence.