Above photo: Community shuts down entrance to the construction site. Margaret Flowers.

“This is the scene of a crime.”

Community members shut down construction of a self-storage facility being built on the site of an African cemetery.

Bethesda, MD – Tucked behind a McDonalds on River Road, a major thoroughfare in Bethesda, is a deep pit, the site of an African cemetery that is being desecrated to build a self-storage facility. For four years, members of the community and supporters, the Bethesda African Cemetery Coalition, have been fighting to stop the commercial project and create a museum instead to educate about the horrors that happened here.

We are at the site of the Moses African Cemetery in Bethesda Maryland where a developer is digging up and carrying away the remains to build a self storage facility.

Posted by Stop the Machine! Create a New World on Friday, September 4, 2020

Posted by Stop the Machine! Create a New World on Friday, September 4, 2020

Their fight is part of a nationwide tragedy. As National Geographic reports:

“Racism continues to haunt these final resting places. Unlike many predominantly white cemeteries, which were designed as garden spaces to honor both the dead and the living, Black cemeteries—like the communities they represented—were relegated to the periphery. In the generations since enslavement, many Black burial sites have been neglected by local officials or re-buried by development, leaving descendants unable to locate or visit their ancestors’ resting places.”

What is now Bethesda was once the site of four plantations, referred to as death camps by the coalition. When the Atlantic Slave Trade was stopped in the early 1800’s, the plantation owners switched from growing crops to industrial slave breeding. It is believed that the young African girls and women who were forced to have children to be sold as slaves are buried in the cemetery.

When the enslaved people were freed, they built a thriving community of homes and businesses. But, over time, they were pushed out and a predominantly white suburb replaced them. Some members of the original African community still remain and remember playing in the cemetery as children.

In the 1960’s, the cemetery was bulldozed to build a tall apartment building and parking lot. In recent years, when community members learned this, they mobilized to ask the city to conduct an investigation of the area to find exactly where the cemetery was. Over the course of their campaign, they uncovered information about the history of the area. Now, they want a museum because what happened here is a blatant case of white supremacy and disregard for black lives. By learning this history, people can confront the facts and make changes to end it.

The city and county council rejected their requests and moved ahead with allowing a developer to start building the storage facility. When the digging started, the local government and developer refused to allow the community to bring in an archaeologist to examine the dirt for evidence of the cemetery. So, the community started gathering at the site two or three days a week to protest and document what was happening. They have photos of what look like grave stones, pieces of coffins and other funerary objects.

When the dump trucks stated coming and hauling away the dirt, the coalition followed them and discovered they were being dumped in a private landfill. They say hundreds of truckloads of soil have been removed and that the developer is hiding the evidence.

Early this week, the coalition delivered a letter to the county executive, Marc Elrich, outlining twenty examples of non-compliance with the plan requirements and requesting an immediate cessation of digging. They did not receive a response, so they mobilized today and shut the construction site down themselves.

Today, the desecration was stopped but it will restart next week. They will return and continue to demand that “Black lives matter in life and in death.” Read more at BethesdaAfricanCemetery.org. 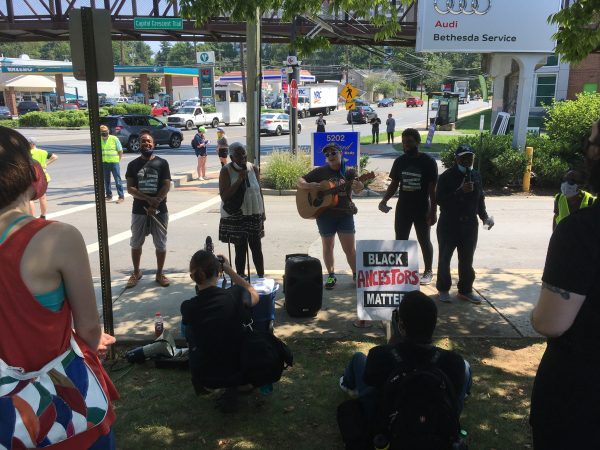 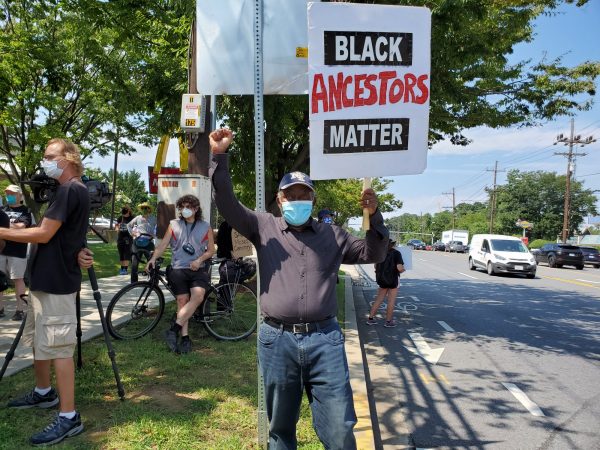 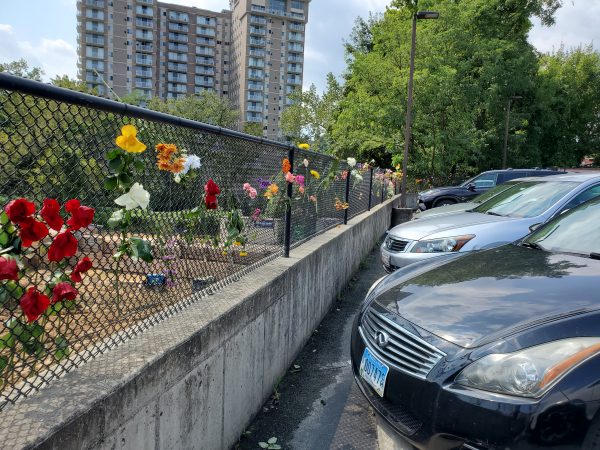 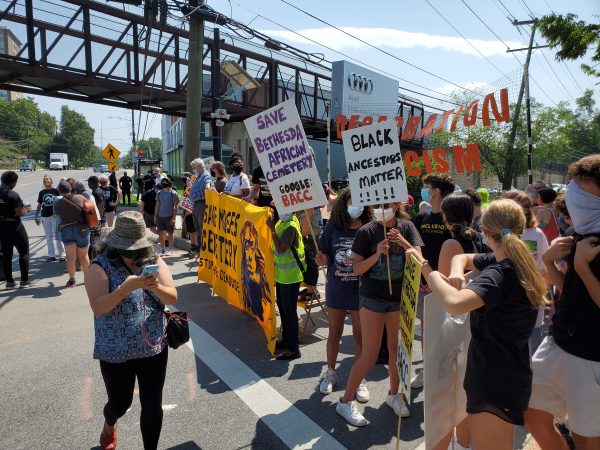