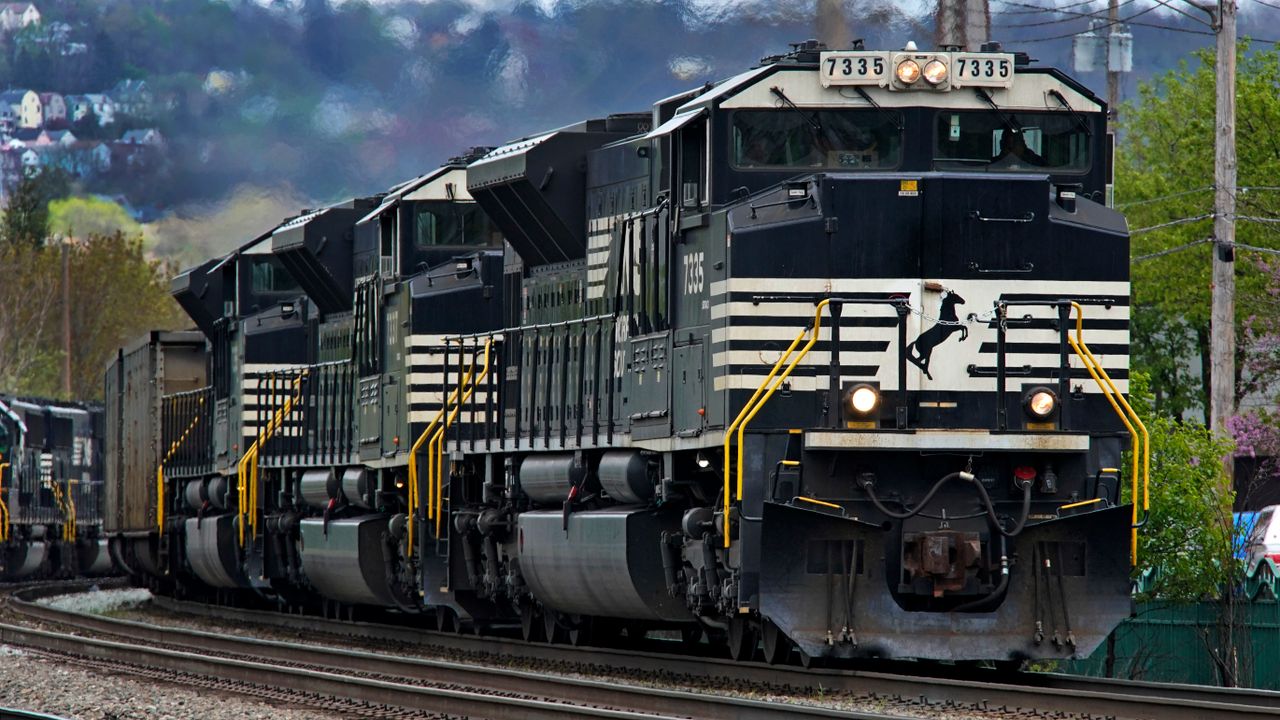 The White House announced an executive order Friday afternoon creating a Presidential Emergency Board (PEB) to intervene in a national contract dispute in the railroad industry.

The announcement of the PEB, a form of federal mediation, blocks a potential strike by over 100,000 railroaders, which could have legally taken place as early as 12:01 AM on July 18, at the expiration of a 30-day “cooling off” period. Last week, railroaders in the Brotherhood of Locomotive Engineers and Trainmen voted by 99.5 percent to authorize strike action.

Workers have been without a contract for nearly three years, and conditions in the railroads are atrocious. Tens of thousands of workers have resigned in recent years, particularly due to the punishing work schedule, in which 70+ hours a week are not uncommon. Workers are on call 24/7, leaving them unable to plan a family life or even schedule medical appointments. In addition, workers have not had a pay increase since the expiration of the last contract, leaving them at the mercy of 9 percent inflation. Meanwhile, the Class I railroads have made record profits during the pandemic.

“We should have a raise based on [inflation],” one Richmond-area CSX worker told the World Socialist Web Site. “These are by far the worst years of my career. People are quitting all over, which was never heard of before… We even have payroll stealing money from us on a constant basis, with no accountability on their end. When we submit valid claims, they take six months to pay us back with no explanation. It’s sickening.”

The move by Biden was widely expected. However, it is significant that the chief agitators for the appointment of a PEB were the rail unions, who had been pushing for it since May. This amounted to a demand that the government intervene to make illegal a strike by their own members. At the same time, SMART-TD President Jeremy Ferguson issued a statement denouncing as malicious lies claims that the unions were pushing for strike action or for wage increases which would keep pace with inflation.

The appointment of the PEB makes clear the true meaning of Biden’s boast to be the most “pro-union president in American history.” In plain language, this means that Biden is aggressively promoting the pro-corporate unions to suppress worker opposition.

The move comes as the International Longshore and Warehouse union has kept dockworkers on the job for more than two weeks after their contract expired on July 1. Both the ILWU and the port operators have been in daily discussions with the Biden administration. They issued a joint statement last month in which the union declared it had no intention of even preparing a strike.

The immediate objective of these corporatist measures is to prevent a movement of the working class against the rising cost of living, massive levels of overwork and the ongoing pandemic. However, a no less critical objective is to discipline the working class on the “home front” as the United States prepares catastrophic new wars abroad.

Significantly, Biden made the announcement as he was traveling to Saudi Arabia to meet with the Butcher of Riyadh, Crown Prince Mohammed bin Salman. The purpose of the trip was to bolster the interests of American imperialism in the Middle East, including making preparations for a potential war with Iran and to beg the Gulf states to increase oil production to offset the impact of the US-provoked war with Russia.

It is also revealing that the PEB executive order was issued three days ahead of time and is due to take effect at the exact second at which the “cooling off” period expires. This is an indication of anxiety within the White House that, absent immediate intervention to block strike action, workers may have begun walking out on their own, after which it would prove difficult if not impossible to get them back to work.

The unions are promoting the fiction that the Biden administration is intervening in the case as “neutral” arbiter, or even on the side of workers against management. Greg Regan, president of the Transportation Trades Department (TTD) of the AFL-CIO, said in a statement, “We commend President Biden for announcing a board of neutral arbitrators to investigate and report its findings and recommendations to help both parties work toward a resolution. After nearly three years of bad faith negotiations by the railroads, it is sad but not surprising that we arrived at this point in the bargaining process governed by the Railway Labor Act … Quite simply, the facts are on our side and we look forward to the forthcoming recommendations of the presidentially-appointed arbitrators.”

But the Biden administration is anything but “neutral.” There is no question that the intervention will lead to a settlement favorable to the railroads. Indeed, the National Carriers Conference Committee (NCCC) issued its own statement declaring it was “pleased” by the appointment of a PEB.

One retired railroad worker told the WSWS, “They’ve been over three years without a contract. What are the sticking points? Why can’t they decide? Why did Biden have to get involved? I don’t believe a president has gotten involved in years and years and years.

“What’s the root problem? The railroads want something, and they’re going get it,” he concluded. “The evilness is that the railroads know exactly what they’re doing. There’s a game plan here.”

The legal framework for the PEB comes from the anti-worker Railway Labor Act, the purpose of which is to eliminate strikes by ensnaring workers in virtually endless rounds of mandatory negotiation, mediation and arbitration. The RLA itself, first passed in 1926, is the outcome of a series of legislative attempts at preventing strikes in the industry following the Great Railway Strike of 1877, the first major industrial struggle in American history. Such legislation went hand-in-hand with company gun thugs, court injunctions and the deployment of state militia.

The RLA was passed only four years after the Great Railroad Strike of 1922, in which 10 workers and their family members were killed. It superseded the previous Transportation Act of 1920, which created a 9-member Railway Labor Board to ostensibly “mediate” disputes between workers and the railroads. The immediate trigger for the 1922 strike, which involved 400,000 workers, was the Board’s approval of wage cuts for railroad shopmen.

Workers are held to totally unequal standards under the RLA. Earlier this year, a federal judge issued an anti-strike injunction at BNSF, preventing workers from striking against a new “Hi Viz” attendance policy unilaterally imposed by management. The judge justified his decision by citing the needs of US supply chains and allowed Hi Viz to remain in force.

This will be the 250th PEB convened under the RLA since 1937, according to government records. The last PEB convened for the national rail contract was in late 2011 during the Obama administration, in which Biden was vice president. The former candidate of “hope and change” appointed a board that adopted virtually all of the companies’ demands, with only a few bogus “compromises,” including increasing out-of-pocket health care expenses at a somewhat lower level than demanded by the railroads. The recommendations called for a 16 percent wage increase over five years, effectively a pay freeze.

“We’re pleased that the board, for the most part, agreed that the railroads’ settlement with the United Transportation Union, the industry’s largest union, was an appropriate pattern for settlements with the remaining unions,” the National Carriers’ Conference Committee (NCCC) said at the time.

The Obama administration handed trillions of dollars to the banks and major corporations in the aftermath of the 2008-2009 recession, continuing on the policies of his Republican predecessor George W. Bush. This massive handout ultimately had to be paid for through increased exploitation of the working class, and inequality soared to its highest levels on record during his administration. One of Obama’s signature “achievements” along these lines was the restructuring of the auto industry, in which the White House brokered the slashing of wages for new hires by half in exchange for the United Auto Workers receiving billions of dollars in corporate stock.

Biden is attempting to build on this legacy, but his administration may well impose an even more draconian settlement, after trillions more were squandered on Wall Street during the coronavirus pandemic. Biden’s top domestic priority is limiting inflation and a “wage-price spiral”—that is, wage growth that keeps pace with inflation. The Federal Reserve is hiking interest rates in order to spark a recession and increase unemployment.

Workers cannot fight with both hands tied behind their backs. A struggle must be organized against the entire rotten, pro-corporate framework, from the PEB itself, to the Railway Labor Act and the pro-corporate union bureaucracy. This requires the formation of a national network of rank-and-file committees to fight against the PEB and build support from workers across the US and around the world.