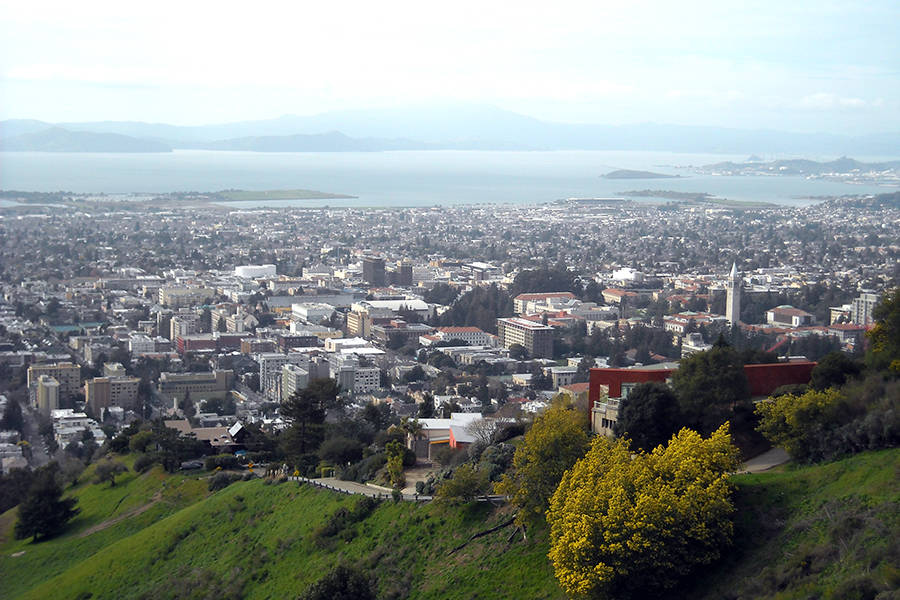 Above Photo: A city ordinance in Berkeley now bans natural gas in new low-rise residential buildings, but not other types of buildings — yet. Credit: Daniel Ramirez/CC-BY-2.0

Dozens of California cities are trying to address the same concern: reducing fossil fuel use to combat climate change.

Berkeley has become the first city in the United States to ban the use of natural gas in new low-rise buildings, and it isn’t the only California community looking for ways to shift its buildings away from burning fossil fuels.

Cities and towns across the state are considering measures to encourage developers to use only electric appliances in new buildings—and skip installing natural gas lines for stoves, furnaces and water heaters.

Ken Davies, interim deputy director of Climate Smart San Jose, a unit within the city of San Jose’s environmental services department, estimates about 60 cities and towns across the state—including San Jose—are considering building code measures to promote electric appliances as a way to reduce greenhouse gas emissions. They might not go as far as Berkeley, but they’re trying to address the same concerns.

Burning natural gas emits carbon dioxide, the main greenhouse gas. On top of that, the methane in natural gas is a short-lived climate pollutant that is many times more potent than carbon dioxide when it leaks into the atmosphere. The methane leaks come from oil and gas operations, and also from urban infrastructure.

A study published July 15 in the scientific journal Geophysical Research Letters found that methane emissions from several cities were about twice what the U.S. Environmental Protection Agency estimates. The researchers said the majority of emissions are believed to come from aging natural gas pipelines and smaller leaks inside residential and commercial buildings.

In Berkeley, the new ban is about both combating climate change and improving health and safety in an earthquake-prone city built on a fault.

“We have a climate emergency and we know that, at least in Berkeley, natural gas in buildings is responsible for 27 percent of our greenhouse gas emissions,” said Kate Harrison, a Berkeley City Council member who introduced the ordinance banning natural gas in new low-rise residential buildings. She said the ordinance “will allow a significant reduction in greenhouse gas-emitting devices and systems.”

San Jose, the state’s third-largest city, has a goal to electrify 47 percent of all homes by 2030. A draft of proposed changes to the city’s building code would not go so far as to ban the use of natural gas, but it would incentivize using electric appliances to reduce greenhouse gas emissions. “All-electric buildings are safer and healthier to live in and are cost effective, especially when designed at the new construction stage,” information about the proposed changes provided by the city of San Jose says.

Cutting ties with natural gas can require high efficiency heat pumps that heat and cool buildings, as well as highly efficient induction stoves for cooking. The added costs, however, are more than offset by lower construction costs because buildings do not require a natural gas connection and internal gas plumbing,  according to a recent study commissioned by the Natural Resources Defense Council.

“Upfront costs of clean electric heating are generally lower than conventional gas alternatives in new construction, by $1,500 or more,” the report concluded.

That finding was echoed in a recent report by the California Energy Commission, which concluded building electrification “offers the most promising path to achieving GHG [greenhouse gas] reduction targets in the least costly manner.”

A key part of making that work is shifting electricity to renewable and other zero-carbon sources. Last year, California passed a law requiring that all electricity come from carbon-free sources by 2045. The governor issued an executive order at the same time setting a goal for the state to be carbon neutral by the same year.

The Berkeley ordinance passed on July 16 so far only applies to new low-rise residential buildings. The limitation is based on the ongoing rollout of the California Energy Commission’s analysis of the impacts of electrification on greenhouse gas emissions from different building types.

“Right now in California, we have a big focus in cleaning up the building sector, because there is more emissions coming from combustion of natural gas in our buildings than our entire state power plant fleet,” Hochschild said.

The measure also had the support of local utility Pacific Gas and Electric, which delivers natural gas and electricity to Berkeley residents.

“We welcome the opportunity to avoid investments in new gas assets that might later prove underutilized as local governments and the state work together to realize our long term decarbonization objectives,” Darin Cline, a PG&E manager for public affairs and government relations, said at the city council meeting. “PG&E supports local government policies that promote all-electric new construction.”

Speaking before the council, Hochschild mentioned how previous progressive measures—including smoking bans in bars and restaurants, marriage equality, recycling, curb cuts for disabled access—got their start in Berkeley before spreading elsewhere and said the same could be true for electrification.

“You see those changes go to other cities, then go up to the state level, and then go to the national level,” Hochschild said. “That is how change happens.”