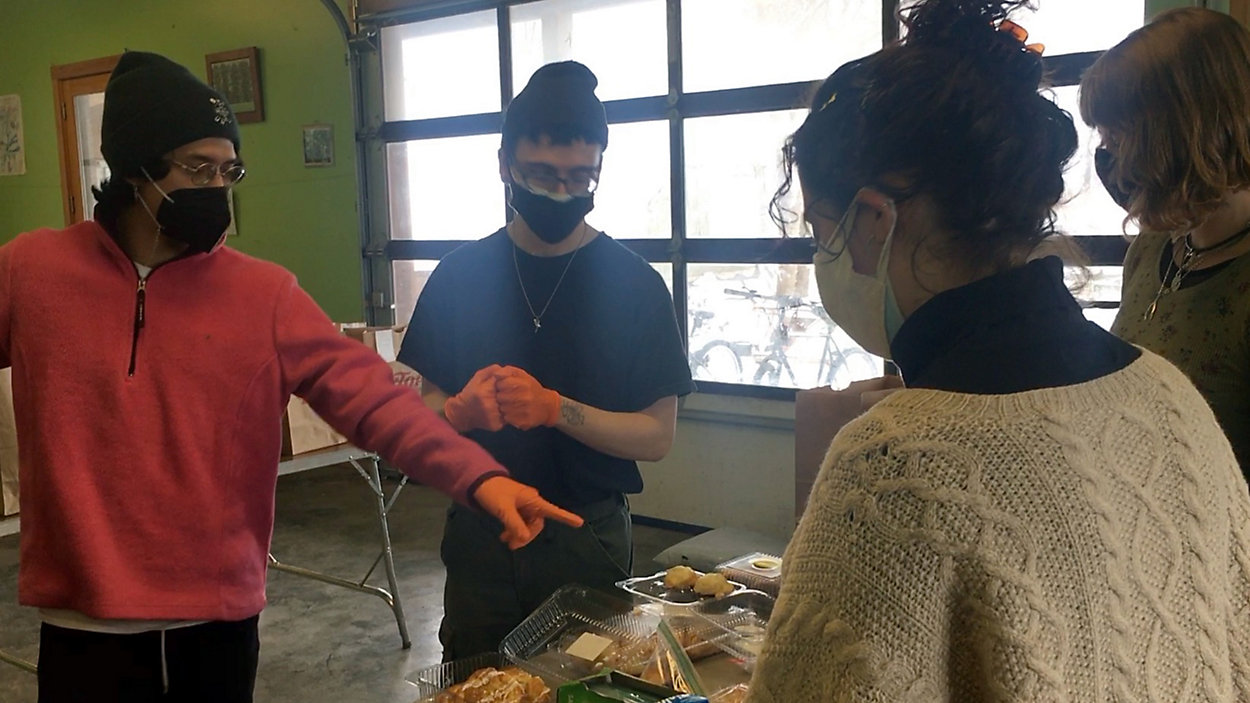 Food Not Bombs Aims To Bring More Than Just Food

New Paltz, NY – Every Wednesday, a mix of New Paltz college students and locals congregate in a small workspace just outside of town. It may look like they’re just cooking and packing food to deliver to needy families, but it’s really more than that.

“Like when people say, ‘serving the community,’ well, we want to build a community,” said Katari Sisa, a volunteer for Food Not Bombs New Paltz.

Sisa, a recent graduate of SUNY New Paltz, has been involved at the organization for the last four years now. Sisa says that giving back is necessary right now, with a pandemic raging and, according to data collected by the University of Southern California, nearly 37% of Americans are dealing with food insecurity.

“Scoob,” a junior at New Paltz, knows what that’s like.

“I went to actual Food Not Bombs and got food for quite a few years. I don’t know when that started, but I know that I used to do that, and then I started helping out,” they said.

They’ve been volunteering since July, alongside a steady flow of about 15-20 people. One of the steadiest has been Amanda Sisenstein, who’s been there for nine years and counting.

“In the beginning, it was just like one big pot of a food and a handful of plates. And now it’s, obviously, grown far beyond that,” Sisenstein said.

And that growth includes weekly deliveries to people and families in need, with drivers picking up the food and bringing it to anyone in the New Paltz area who needs it. But everything they do is a collective effort, or two-way street, as Sisa puts it.

And this is one part of what they’re hoping to do to build community.

“This is part of a larger project, kind of like a larger vision for a community center and having a kind of consistent spot to do stuff like this from,” Sisa said.

The ultimate goal, organizers say, is to build unity between people and create a more equitable community.