For His 200th Birthday, Honoring Marx As An Activist

Above: Karl Marx images through his lifetime. Artist unknown.

In 1848, Marx wrote, “philosophers have only interpreted the world, in various ways; the point, however, is to change it.”

On this 200th anniversary of the birth of Karl Marx we focus on Marx as a political activist, rather than what he is best known for, an economist and philosopher who wrote some of the most important analyses explaining capitalism and putting forward an alternative economic model.

The root of the political struggle for Marx was the economic system creating a struggle between classes. This conflict has varied throughout history, e.g. the serfs vs. the lords in the Feudal Era, the slaves vs. their owners in the era of slavery and today between workers and their bosses or capitalists. 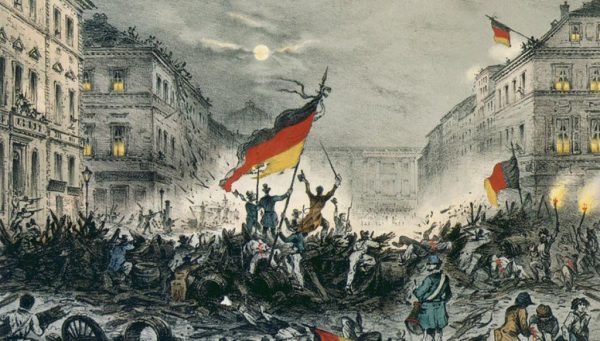 Marx Was a Political Activist Working to Change the World

“For all his life, Marx was not merely a scholar isolated among the books of London’s British Museum, but always a militant revolutionary involved in the struggles of his epoch. Due to his activism, he was expelled from France, Belgium and Germany in his youth. He was also forced to go into exile in England when the revolutions of 1848 were defeated. He promoted newspapers and journals and always supported labor movements in all the ways he could. Later, from 1864 to 1872, he became the leader of the International Working Men’s Association, the first transnational organization of the working class and, in 1871, defended the Paris Commune, the first socialist experiment in history.”

Wallerstein adds that Marx played a major role in organizing people on an international level and that “Marx’s political activity also involved journalism. . .  He worked as a journalist to get an income, but he saw his contributions as a political activity. He had not any sense of being a neutral. He was always a committed journalist.”

At 24 years of age, Marx was writing fiery articles opposing Prussian authoritarianism. The newspaper he edited was closed in 1842 by the government, he was exiled and moved to Paris from where he was expelled in 1844.

In 1848, Marx and Engels published the “Communist Manifesto.” “The Manifesto” was written as a declaration of the principles of socialism for the Communist League in Brussels. It remains a statement of the core principles of socialism to this day. At 45 years of age, Marx was elected to the general council of the first international where he was active in organizing the International’s annual congresses.

Marx’s vision of socialism had nothing in common with one-party dictatorships like the former Soviet Union that declared themselves to be socialist or communist. For Marx, the key question was not whether the economy was controlled by the state, but which class controlled the state. A society can only be socialist if power is in the hands of workers themselves. 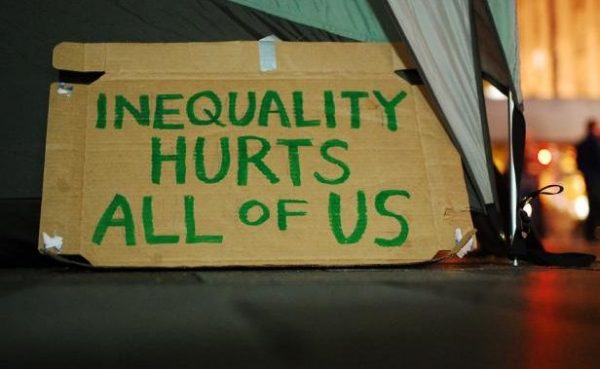 Marx’s critique of capitalism focuses on how it inevitably leads to concentration of wealth. Marxism was seen as extinct after the Reagan-Thatcher eras and the end of the Soviet Union. But, now after nearly 40 years of neoliberalism, the inequality of deregulated global capitalism has made the occupy meme of the 99 percent versus the one percent a factual reality.

The Independent reports on Marx’s anniversary:

“Unsurprisingly, several decades of neoliberalism have been the greatest testament to how a deregulated capitalism, red in tooth and claw, siphons wealth to the top 1 per cent or even 0.1 per cent. Recent figures show that the wealthiest eight billionaires in the world (whom you could fit into a people carrier) have as much wealth as the bottom half of the global population, or some 3. 5 billion people. Astonishingly, the equivalent figure was the 62 wealthiest billionaires in 2016. Back in 2010 it was more than 300. This is how rapidly wealth is being sucked up to the top – this may be termed the vacuum-up effect as opposed to the myth of trickle-down economics.”

In the United States, three people hold more wealth than the bottom 50 percent of the domestic population, “a total of 160 million people or 63 million American households.” Roughly a fifth of USians “have zero or negative net worth.” That figure is even higher for black and Latino households, the result of decades of discrimination. In some US corporations, the CEO earns more than 1,000 times the average worker, i.e. workers would have to toil more than nine centuries to make as much as the CEO makes in just one year.

The contradiction between extreme wealth and widespread poverty and economic insecurity, between the efficient production of goods and services and the refusal to share the prosperity created by efficiency, and between the use of natural resources and the destruction of the planet and enormous threats of climate change are leading people to see the failures of capitalism.

In 2017, the National Review reported that a poll found as many as 40 percent of people in the U.S. “now prefer socialism to capitalism.” A 2016  YouGov survey found that respondents younger than 30 rated socialism more favorably than capitalism, 43 percent vs. 32 percent. “Socialism” was the most looked-up word on Merriam-Webster’s site in 2015. “Socialism has been near the top of our online dictionary look-up list for several years,” said editor-at-large Peter Sokolowsk.

In 2014, David Harvey, a top Marxist academic, wrote, in Seventeen Contradictions And the End of Capitalism, that the extreme contradictions are leading to major transformations:

“It is in a political climate such as this that the violent and unpredictable eruptions that are occurring all around the world on an episodic basis (from Turkey and Egypt to Brazil and Sweden in 2013 alone) look more and more like the prior tremors for a coming earthquake that will make the post-colonial revolutionary struggles of the 1960s look like child’s play.”

How will that change occur? The answer is in part up to what those working for change do. Youssef El-Gingihy writes in the Independent of one likely possibility:

“The transition of capitalism to an alternative political and economic system will likely play out over a protracted period, even if it is catalyzed by revolution. Much in the same way that feudalism evolved into capitalism through the dual industrial (economic) and French revolutions (political), in which the bourgeoisie superseded the aristocratic order preceded by the 17th-century English civil war.”

We see the slow transition in process with the development of a myriad of economic democracy projects that give workers control of their employment through worker cooperatives, give communities control over their development through land trusts, give people direct control over budget decisions through participatory budgeting and democratize banking through public banks. These are some efforts to create an economy that serves the people without limiting control to workers, whose numbers are shrinking due to automation. Many of these new economic models are in their early stages of development.

Marx believed that: “No social order is ever destroyed before all the productive forces for which it is sufficient have been developed, and new superior relations of production never replace older ones before the material conditions for their existence have matured within the framework of the old society.”

The lessons of Karl Marx show that our tasks are to heighten class conflict by exposing the reality of abhorrent inequality and create new systems to replace failing capitalism.