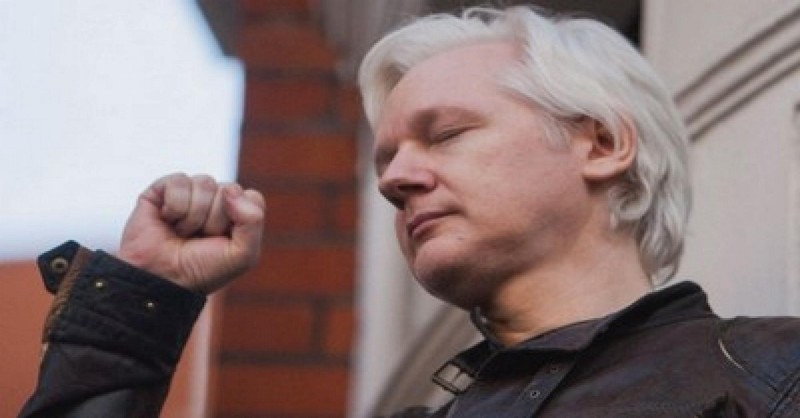 For Our Rulers, Smearing A Dissident Journalist Is As Good As Killing Him

Above Photo: From Caitlinjohnstone.com

As I write this, demonstrations around the world are taking place in protest of WikiLeaks editor Julian Assange’s arbitrary detention and silencing by the US-centralized power establishment that has been actively pursuing his destruction for over a decade. The demonstrations will be well-attended, but not a fraction as well-attended as they should be. They will receive international attention, but not a fraction as much attention as they should.

This is because the manipulators and smear merchants who have made their careers paving the way for oligarchic agendas have been successful in killing off sympathy for the plight of Assange. As we discussed yesterday, sympathy is key for getting narratives to take hold in public consciousness. This is why western corporate media will circulate pictures of dead children all day long when it’s in the interests of advancing longstanding imperialist agendas, but never when those children were killed by western weapons. If you can tug at someone’s heart strings while telling them a story, the story you tell them will slide right in with minimal scrutiny. And it works the other way, too: if you can prevent someone’s heart strings from being plucked while hearing about a legitimately heartbreaking story, you can prevent that story from taking hold. Kill all sympathy for a dissident journalist and you kill all belief in his side of the story.

And Assange’s side of the story is indeed devastating to the preferred narrative of the US-centralized empire. A journalist (yes, journalist, per definition) who publishes 100 percent authentic documents exposing the inner mechanics of power structures all over the world, who was forced to seek political asylum at the Ecuadorian embassy in London in order to avoid extradition by the same government which brutalized Chelsea Manning, is on its face a highly sympathetic story. And it does tremendous damage to the narrative that America and its close network of allies are freedom-loving democracies whose systems of government are nothing like those naughty, oppressive regimes they seek to topple.

So they smear him. As often as possible, using whatever they can, they smear his reputation. Because if they can kill all sympathy for him and his outlet, it’s as good for their agendas as actually killing him.

By enforcing a strong sense of identification with a particular ideological tribe, they ensure that the psychological discomfort known as cognitive dissonance will arise from any revelation which can be spun as detrimental to that tribe. They then create a narrative which alleviates that discomfort, and that narrative always damages the reputation of the enemies of the power establishment. It’s a snake oil cure for an ailment that they deliberately caused.

Nobody actually thinks that Julian Assange is a Russian agent, or a rapist, or a “hostile non-state intelligence service”, or any of the other absurd smears I’ve seen circulating about him throughout all political sectors of the US-centralized empire. Those are not ideas that anyone has taken on board because they sincerely believe there’s enough evidence for them to outweigh the undeniable fact that many extremely powerful and influential people stand to benefit from tarnishing his reputation on false pretenses. At best, they’re just fairy tales people tell themselves because they’re easier than believing that their favorite country/political party persecutes journalists for telling the truth and is as corrupt and evil as the various WikiLeaks publications of their communications would indicate. At worst, it’s a fairy tale they are deliberately seeding into public consciousness so that people will believe lies instead of truth.

People find all sorts of ways to wiggle their way around the cognitive dissonance that unedited, authentic documents can create in them when it challenges their deeply treasured identity structures. People who present themselves as anti-establishment progressives often say things like “Well, you can be critical of Assange and still support WikiLeaks for providing a valuable service.” And sure, that may be technically true, but it’s never actually true for the people who say it: look at their writings and social media posts and you won’t see them aggressively defending WikiLeaks, you’ll only see them smearing Assange as often as they can get away with. They’re just trying to retain their anti-establishment cred (another treasured identity structure) while promulgating smear campaigns which advance the agendas of the CIA and the State Department. They pay lip service to the image they’re trying to convey, but their actions tell you where they really stand.

People who disrupt dominant narratives will always be attacked and vilified, because those narratives often form the building blocks of people’s identity structures, their egos. An ego is just a collection of believed “I” stories; they typically include believed ideas about really basic things like “I am this body,” but they also include a bunch of other “I” stories like “I am a Democrat” or “I am a patriotic American” as well. Attacking dominant narratives on a large scale will cause intense cognitive dissonance in everyone who has a lot of identity wrapped up in the power structure which is weakened by that attack, to such an extent that it can feel as though you yourself are being personally attacked. The way Democrats have talked about Assange since 2016 you get the distinct impression they feel like he may as well have walked up and stabbed them.

You’re not going to believe what I’m about to tell you https://t.co/XwFjK9EOyl pic.twitter.com/QRSalVfuKK

As this webcomic from The Oatmeal brilliantly explains, the brain is hardwired to protect strongly valued belief systems in the same way it’s hardwired to make sure the body protects itself from a physical attack. This serves a useful function in that it gives us a cognitive strategy for making sense of the world that isn’t blown to pieces every time you encounter a new idea, but it can also be malformed in a way which does not accurately represent reality. When that happens, it really is worthwhile to tough it out through the brain’s distress signals of cognitive dissonance and consciously restructure your sense-making apparatus in a way that accommodates a more accurate perspective.

This is the invitation whenever you’re looking at a WikiLeaks drop which challenges your existing worldview. It’s just raw information sitting there, and you can choose to believe a story which allows you to comfortably dismiss it, or you can stick it out through the psychological discomfort and allow it to restructure your worldview. You have defense mechanisms in place to prevent random bits of information from tearing apart your sense-making apparatus that haven’t been properly audited for reliability, but a publishing outlet with a 100 percent perfect record for releasing authentic documents is as reliable a source of information as you will ever find.

If your goal is psychological comfort, you have plenty of good reasons to loathe Julian Assange and spend all day helping plutocrats and secretive government agencies damage his reputation so that nobody will ever pay attention to him or his publications. If your goal is the truth, however, it is to your benefit to ignore the smears, to accept the reality of how and why Assange is being targeted, and to allow the truths that have been revealed by WikiLeaks publications to reshape your understanding of how the world works.