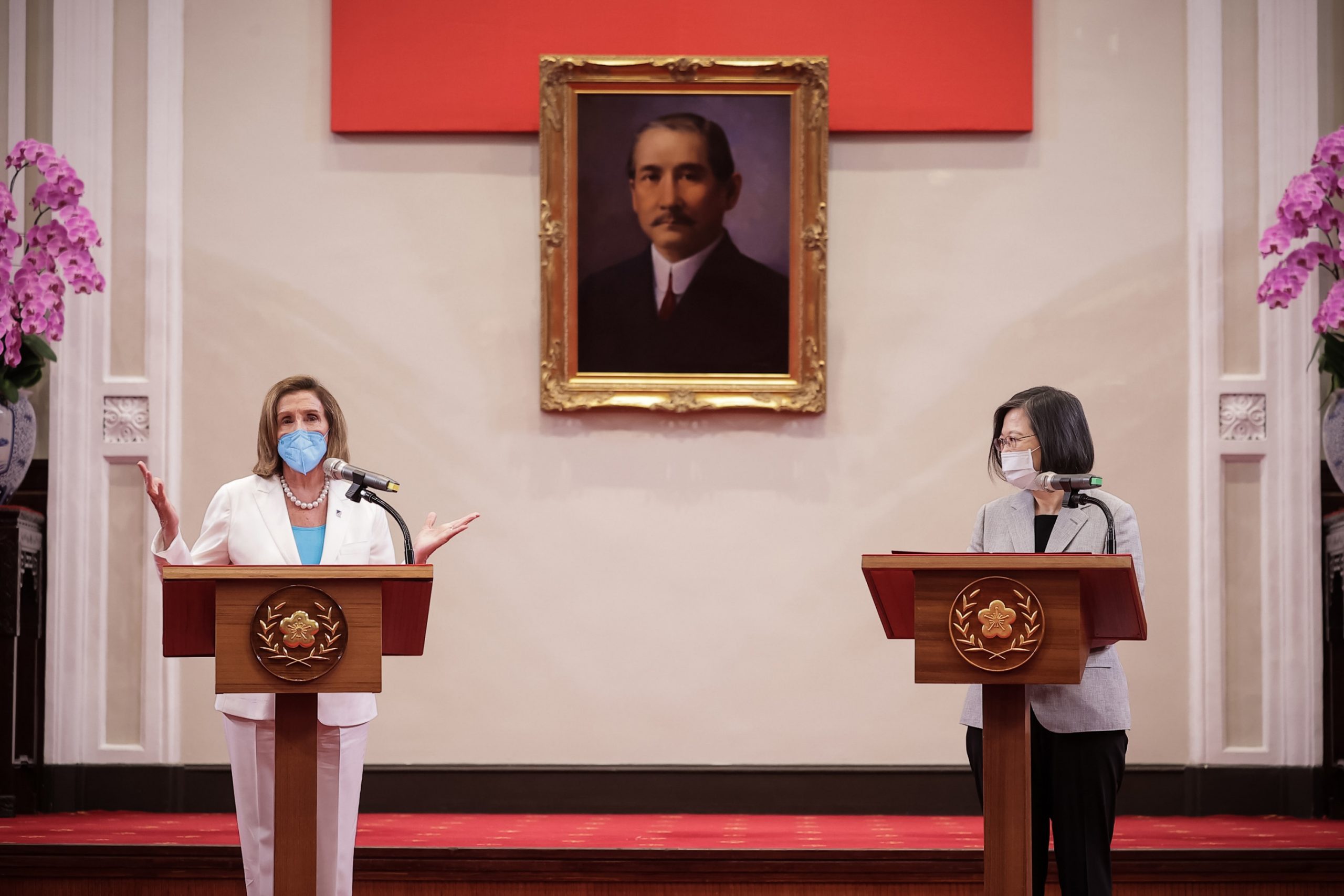 For The American Empire, Hypocrisy And War Go Hand In Hand

Much of the world held its breath as Nancy Pelosi circled around the Philippines to sneak into Taiwan late in the evening on August 2nd, 2022. The fear was that Pelosi’s trip would initiate a broader war between China and the United States. Taiwan is China’s “red line.” This was no secret to Pelosi or the Biden administration. China had sent numerous warnings from a variety of channels in the days leading up the trip.

While Pelosi entered and left Taiwan unscathed, her stunt placed already fragile U.S.-China relations in their worst condition yet. As expected, China took decisive measures in response to the U.S.’s latest and perhaps most provocative violation of the One-China policy to date. The People’s Liberation Army conducted three days of military exercises surrounding Taiwan island beginning August 4th, 2022 . China also reduced ties with the United States in eight key areas such as climate change and defense coordination . These measures were derided by National Security Council Spokesperson John Kirby as an attempt to “change the status quo ” and “provocative” in nature.

For the American Empire, hypocrisy goes hand in hand with endless war. Sending Taiwan, a legally recognized territory of China, tens of billions in weapons transfers does not qualify as “provocative.” But China conducting military exercises in its own territorial waters after one of the most prominent politicians in Washington visited Taiwan and called the island a “country” does. China has never launched an attack on U.S. military instillations that have grown by the hundreds in the Asia-Pacific. But the people of China remember quite well the U.S.’s long history of aggression toward China.

The U.S. provoked war with China in the Taiwan Straits in the 1950s and threatened to use nuclear weapons to undermine the Chinese revolution. From 1950-1953, the U.S. invaded Korea and partook in the murder of thousands of Chinese volunteers fighting alongside Koreans in their war of liberation. The U.S.-NATO alliance’s bombing of China’s embassy in Belgrade led to the death of three Chinese journalists on May 7th, 1999. Two years later, a U.S. naval aircraft collided with a Chinese fighter jet off the coast of Hainan Island in the South China Sea, killing a Chinese pilot.

As of 2022, more than 200,000 military personnel and at least fifty percent of all U.S. military assets have been stationed in the Asia-Pacific region . The U.S.’s military presence in Taiwan doubled from 2020 to 2021 . Military aircraft and naval power escorted Pelosi to her illegal trip to Taiwan. China’s so-called “aggression” is really nothing more than self-defense. This makes the U.S.’s claim of Chinese “provocation” nothing more than hypocrisy.

Hypocrisy is little more than an expression of contradictions stripped to their most naked form. The American Empire was never fully dressed, but whatever clothes were left hanging from its rotten skeleton have been incinerated by the dangerous U.S.-led New Cold War campaign against Russia and China. As Pelosi was preparing to make her trip to Taiwan on behalf of “democracy,” the Democratic Party voted overwhelmingly to admit Sweden and Finland into NATO. And as the Biden administration approved another $1 billion in military aid to Ukraine in its proxy war on Russia, Israel began another bombing campaign that killed sixteen Palestinian children .

According to the American Empire, supporting Israel’s settler colonial and genocidal war on Palestinians is “democracy” but China’s historic claim over Taiwan is “imperialism.” Arming and funding neo-Nazis to massacre ethnic Russians is a legitimate crusade to protect the sovereignty of Ukraine while Russia’s assertion of sovereignty is nothing but naked “aggression.” Such hypocrisy serves the aims of war propaganda. Russia and China are “evil” and therefore have no rights that the American Empire is bound to respect. Biden’s claim that his administration is leading a battle between “democracy” and “autocracy” is a war cry meant to dissolve the actual aggressor, the U.S., of its criminality.

American exceptionalism is the biggest lie in the arsenal of the American Empire. This lie is extremely useful given that the American Empire is biggest threat to peace in the world. China and Russia have every right to defend themselves from the American Empire’s ceaseless aggression. All nations have this right, which is enshrined in the United Nations (UN) Charter. But the American Empire doesn’t recognize the UN Charter because it believes itself to be the sole arbiter of international law.

Hegemony is a drug with dangerous side effects that have seeped into every aspect of planetary existence. U.S. imperialism is suffering from severe withdrawal symptoms at the very possibility of sharing economic and political power with the rest of the world. China and Russia’s willingness to stand up for their interests is a threat to the bloodletting required for the American Empire to maintain its superpower status. The American Empire cannot cease its addiction to war and violence lest it fall like a house of cards. Hypocrisy is thus not a choice at all for the rulers of the American Empire, but a matter of imperial preservation.