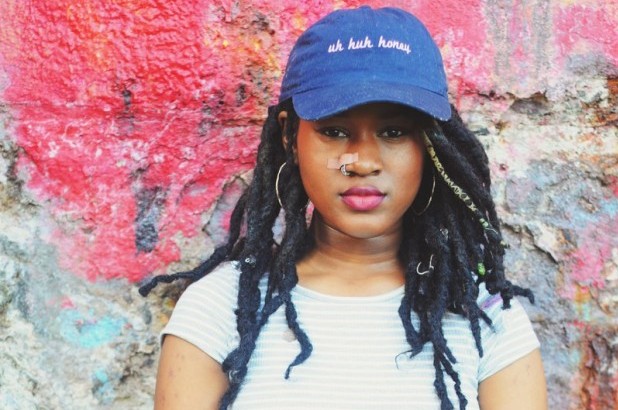 Forged In Activism: An Interview With Makayla Gilliam-Price

Most 18-year-olds are freaking out about college applications and graduating high school. Though Makayla Gilliam-Price is certainly getting excited about college and is studying hard at her high school, she is also establishing herself as a powerful voice in the #BlackLivesMatter movement. Makayla is occupying Baltimore’s City Hall, organizing student walkouts, marching in protests, eloquently writing about the racism penetrating the Baltimore police department, and leading even more actions as an activist, all before entering adulthood.

We were unbelievably enthusiastic to have the opportunity to talk with Makayla about the incredible work she has been doing in Baltimore, her amazing family of activists, and even her aspirations to become a photojournalist. Check out our interview below!

Q: How did you initially get involved in the #BlackLivesMatter movement?

My uncle was executed by the state of Maryland for a crime he didn’t commit in 1998, which was the same year that I was born. For the ten years that he was on death row, my family was very involved with his case and the movement to abolish the death penalty both in Maryland and nationally. I was born into a family that was very active, especially towards movements that are for saving and affirming black lives. I was a policy debater my freshmen and sophomore years of high school, and that’s where I was introduced to many of my mentors. At that point, my debate coaches were policy debaters themselves from Leaders of a Beautiful Struggle. Then, they themselves made the transition from just debaters to activists to organizers. When I felt that policy debate was wearing thin and that I could do a lot more by becoming active, I did so.

When we were having involvement with a lot of solidarity acts for Ferguson and Mike Brown’s case, I would go to protests often, which is how I started transitioning out of just debate. I got involved with a protest organization called Baltimore Bloc. I thought what they were doing was really great and was very in tune to what was happening with the #BlackLivesMatter movement. I thought that as a high school student, I could be doing so much more to bring those movements to school instead of forcing kids to do what I had to do to join the fight, which was surprisingly difficult. With two other peers who were also policy debaters, I founded City Bloc, a student grassroots political organization. The goal of City Bloc then and still today is to give students political agency and to contextualize these larger national and local movements on a school level so students feel more comfortable engaging.

Q: Your family is such an incredible group of activists. Are they your biggest inspiration?

One anecdote that I always share is that my mother was nine months pregnant and marching with me in her stomach while she was fighting to abolish the death penalty for her brother. She’s truly my inspiration. That action of marching is her displaying the strength of her womanhood and the resiliency of our family. Because I wasn’t there to experience it, I do feel kind of detached [from the past]. It does not feel like a fairytale, because there is nothing happy or positive about that story, but I do feel like I’ve been forged from that story.

Q: What are your proudest moments through your work in Baltimore and beyond?

I’m about to graduate from high school so I’ve been doing a lot of reflecting lately on the past few years. City Bloc has just been an amazing thing. I am so, so proud of the creation of it because it really wasn’t a thing. It had no substance when we first started. Even when we hosted our first walkout within the first few months of founding the organization, it was only three core members with some student engagement. But it was nothing like the organizing capacity that we currently have, with multiple core members who are very engaged and who are very dedicated and committed to making sure that City Bloc has a lasting legacy.

I also think that City Bloc, in its first year and a half, has already created a legacy for itself. I feel like we are establishing accountability. Our political legitimacy is always increasing because we have stayed true since day one, when we said we wanted to be a student organization led by students with little adult engagement and when there is adult engagement, it is on our terms and our terms only. Also, other student grassroots organizations have reached out to us to build coalitions and to work together. I feel like the most substantial evidence of our political legitimacy doesn’t come from the news articles or the fact that we have gotten national and international media attention. Our political legitimacy comes from the fact that people in our community turn to us when they see a problem.

Q: You recently co-founded the website Assata’s Syllabus, named after Blank Panther activist Assata Shakur. What inspired you to create that platform?

April directly inspired Assata’s Syllabus. The website is actually not a very active stage right now because the first two months of its existence were dependent on the Freddie Gray trials; we were going to be reporting on the trials and any protests that happened. A goal of mine is to own an independent media company and Assata’s Syllabus is my baby for that. We’re working on it still; we’ve had to step back and reestablish what the first founding months are going to look like sincethe trials have been put on hold for so long. I’m reworking that right now with my group. We’re trying to establish some more core members that can bring nuances to the team. I might be taking a gap year and if I am able to do so, Assata’s Syllabus will be my main project. Hopefully within the next year, it will be fully fleshed out and I will be able to dedicate a lot of time to it.

Q: How do you personally think Baltimore and the United States as a whole needs to combat racism in order to create a future that protects black, Latinx, and other minority persons, instead of continuing to marginalize them?

It’s hard to talk nationally, because my work so far has been very local. I don’t think there’s anything wrong with that. I think that there is definitely worth in focusing on local politics. Some of my thoughts about what needs to happen locally can be cross-identified to national and global settings. I was just having a conversation for a panel that I am preparing for about how we need to really stop looking at micro-instances of anti-blackness and white supremacy and look at the larger picture. All the time, we look at these huge symbols and martyrs of different race or gender or sexuality or class struggles. We don’t really contextualize those single instances of oppression within a larger context.

What I think is necessary to make sure that our revolution is perpetual and to ensure that we are never becoming complacent as a community is to move beyond that tendency to make symbols out of tragedy. My example is always that we can march in the streets and say “no justice, no peace,” but we are defining justice as justice for Freddie Gray and that’s when we become peaceful. If the best case scenario happens and the officers are put in jail for the murder of this man, does that mean we stop fighting? The obvious answer, the righteous answer, is absolutely not. Getting justice for Freddie Gray does not mean that we solved racism. Only solving for Freddie Gray’s murder does very little to spill over into actual policies that can prevent that from happening again. Instead of just focusing on symbols and martyrs then like Freddie Gray or like Trayvon Martin, we should be attaching their murders to a larger context so we are not just fighting for their individual instances but against the system that those instances are attached to. I absolutely think that it is unfortunately necessary that we have to use the people who have been wrongly killed by police brutality to start the movement, but I don’t think that should be the extent of our organizing.

Q: What do you like to do in your free time?

Q: Finally, what would you say to other young people who struggle to raise their voice against oppression?

I would never de-legitimize their fear or intimidation because there are very real world consequences for raising your voice and speaking out. I think the only comfort I can offer them is saying that there are youths across the country who have wanted to do the same thing and are doing the same thing right now. Even though they may be hard to find, there are thousands of youth activists and organizers who I’m sure would offer support and mentorship. They are not alone. That’s why it is about organizing community. That’s why these movements become the movements that they do. They’re engaged in communities. Even though it is a very daunting task to get the the street with your fist raised and chant about things that are very controversial, and even in some cases become life-threatening, there are communities that are made to support them. I can also support them.

While I was watching Bree Newsome on a panel last night, she said “courage is not the absence of fear.” She never argued the fact that she was fearless when she climbed that flagpole. You don’t need to be a fearless person to be an organizer. There have been multiple times when I’ve been getting arrested, when I was shutting down City Hall, where I was doing protests in the middle of the streets, where I was walking out of school, where I was interrupting assemblies and going off on public officials in my city where I was terrified because there are very, very real consequences. Having courage is not having the absence of that fear. It’s just the motivation and the ability to see what you are fighting for outweighs that fear.