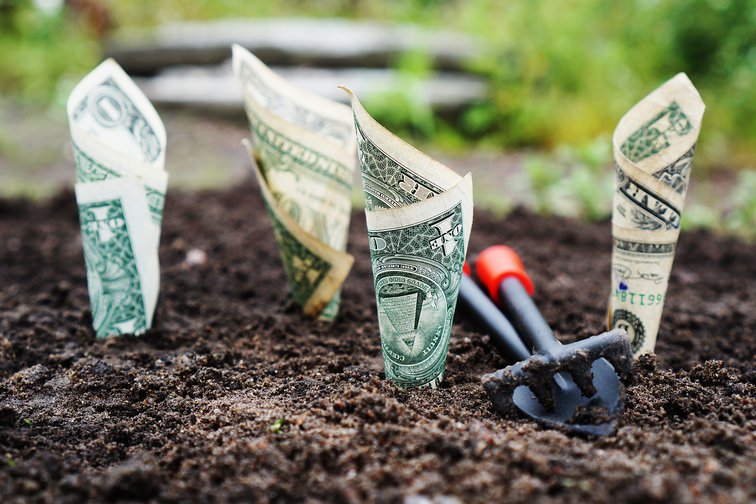 Forget Billionaires: Let’s Build Our Own System To Fund The Transformation Of Society

How can money build community and connection instead of division?

“Gone to the Dogs,” Paul Higgins’ canine-friendly café in Carlisle, may seem an unlikely place to look for inspiration in transforming the ways we think about funding for social change. But through ‘pay-it-forward’ fundraising and ‘creative up-cycling’ to re-use resources, Higgins has made the café a center for community in which money builds connection instead of division – a radical reversal of the inequalities that lie at the heart of big philanthropy, foreign aid and government contracting.

Here’s how it works: the café’s customers write their donations on post-it notes and stick them to a cupboard on the wall. Anyone who comes in can use these donations to get something that they need, without being asked to prove that they are ‘poor,’ homeless or whatever – it’s a trust-based system: “they are just people,” Paul’s partner Julie told me in an email, “we don’t feel we have the right to vet them.”

The pay-it-forward scheme has led to other initiatives like a free soup kitchen that utilizes surplus food from the café and the city’s supermarkets, an alliance with a local animal charity to provide training and work experience to those who need it, and a furniture restoration business housed in the barn of a café customer (one homeless person who used the scheme turned out to be a skilled French polisher). That’s ‘creative upcycling’ in action – re-using spaces, skills and materials in ways that nurture ‘communities of making and sharing.’

These initiatives don’t just generate financial resources; they also build trust, solidarity, self-confidence and independence. Their central principle was elaborated as far back as 1916 by the writer Lily Hardy Hammond: “You don’t pay love back; you pay it forward” – no strings attached.

Higgins latched onto this idea after he met a man sleeping rough on a Carlisle street: “I asked him to come to the café for a free breakfast,” he told Cumbria Magazine, “and the scheme was born…this is the best thing I’ve ever done.” Granted, the money raised so far isn’t on the Bill Gates scale, but what interests me is the philosophy embodied in this approach, which (if expanded and adapted in lots of different ways) could help shift power away from wealthy donors and bureaucrats in funding bodies and make the whole system healthier and more democratic.

In traditional fundraising there are ‘donors’ and ‘recipients,’ and the donors decide who gets what. In alternative systems like pay-it-forward, everyone can be a donor (not just of money but also of time and ideas), and everyone a recipient, so no-one dominates decision-making. This helps to address one of the biggest sources of dissatisfaction with current models, in which large funders target support according to their own particular priorities and interests. These interests change all the time, making funding completely unreliable, but they rarely include transforming the systems that have put them at the top of the social and economic tree.

That’s why we have to build a different system that starts from the opposite set of principles i.e. one that isn’t owned and controlled by wealthy individuals, run by distant professionals and unaccountable intermediaries, surrounded by red tape and limited to social stabilization and protecting the status-quo.

But could such alternative, decentralized funding systems work on a level commensurate with the scale and complexity of the problems that face societies today? I don’t see why not, especially when allied to elements from other systems that share a commitment to equality and democracy.

The ultimate democratic funding system would be one in which everyone was endowed with equal giving power. That’s obviously a pipedream in conditions of rising inequality, but with proposals like a Universal Basic Income gaining traction it’s not impossible, especially if redistributive taxation re-enters the political equation. US Presidential candidate Elizabeth Warren has proposed a ‘wealth tax’ to pay for basic services for everyone, so why not use some of that money to create a ‘charity account’ for each person earning less than the median income?

Of course, there would be no guarantee that this would lead to more funding for radical changes in society since people would make their own decisions on how to allocate resources. But it’s much more likely that such choices would favor substantive change if they were made by those at the sharp end of poverty and discrimination – countering the increasing dominance of wealthier people in systems of charitable giving and the vehicles they use like donor-advised funds which offer them more control. Such a process would be transformative in and of itself by making the whole system more open and inclusive.

It could also to help to revive civil society by forcing charities and community groups to connect with a much broader social base, and by channeling more money to causes and constituencies that are less popular with wealthy donors and mainstream funding agencies in government. Remember that it was self-funded, democratically-governed federations of women’s groups, parent-teacher associations, labor unions, churches and community organizers that played a crucial role in every episode of large-sale social progress in the twentieth century. But self-funding requires that the great mass of society have sufficient resources to contribute to the common good.

Even in conditions of widespread inequality it’s possible to expand healthier models of funding like pay-it-forward or ‘participatory grant-making’ – where grassroots voices share in deciding how to allocate resources. The Hartford Foundation for Public Giving in Connecticut, for example, has endowed 29 community-level funds under the direction of local representatives. I once proposed that the Gates Foundation do something similar by sharing its $50 billion endowment with school districts in low-income areas so they could make their own minds up on how to spend it. Some of the best community foundations and the #shiftthepower movement they are fostering already work in this way.

As the café in Carlisle illustrates, commercial opportunities can also be useful so long as they are democratically controlled, with the surplus they generate used for the common good instead of private profit. In the UK, Positive News, the Bristol Cable and the New Internationalist have turned themselves into co-operatives, freeing themselves from dependence on foundation grants by issuing shares to readers to sustain their independence. The Correspondent did something similar in the Netherlands using crowd-funding. Wikipedia and other commons-based ventures have used peer-to-peer funding to finance their operations for years.

Diffusing money in ways like these also diffuses power and opportunity, but sometimes concentrated (institutional) funding is necessary when something is very expensive and takes years to bear fruit (like vaccine research), or where services like health and education have to reach whole populations rather than small groups or projects, or where there are gaps in funding that aren’t being filled by anyone else. That’s largely the responsibility of governments, but private funders like foundations also have a role to play, so long as they don’t supplant or distort public purposes or micromanage how to use resources.

These different funding tools aren’t necessarily better or worse than each other, just appropriate for different circumstances – like real tools in a toolkit – so what we really need is an ‘ecosystem’ that includes all of them and more. That’s what researchers Niamh McCrea and Fergal Finnegan concluded after studying hundreds of different models: “If the aim is building democratic power in the here and now,” they say, “off the peg ideological responses such as ‘only rely on locally-generated funds’ or ‘demand more public funding’ simply will not work – we have to get creative.”

And once we get creative we’ll be able to transform the diminished ecosystems we have today, in which self-funding, democratic and egalitarian approaches are grossly underrepresented, while concentrated funding through intermediaries is far too dominant. That imbalance virtually guarantees that the most challenging things that must be done to transform social relations, politics and economics will be starved of support. So creating and expanding those non-dominant approaches has to be top priority.

At the moment, a huge amount of energy goes into critiquing philanthropy and public-sector funding, and it’s important to keep up that pressure even if the targets are loathe to change. But perhaps if we put less time into reforming non-responsive institutions and more into building alternatives under our own control, we might actually make more progress. In other words, we might be in a better position to fund what we want when we want it, and to sideline concentrated financial power over time. After all, most of these alternatives fall within our own span of influence; we don’t have to ask anyone’s permission to pay-it-forward or experiment with other methods.

The veteran fundraising consultant Kim Klein once said that “Whoever funds your organization, owns your organization.” When we own the systems of funding and support for social change, it’s much more likely that it will be the kind of change we want to see. “You don’t pay love back; you pay it forward.”