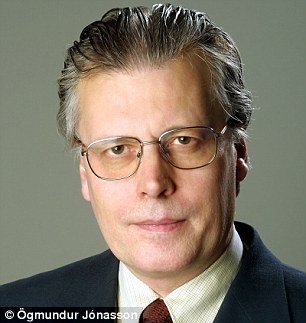 A former Icelandic minister has claimed that the FBI attempted to frame Julian Assange during a mission to Iceland.

Ögmundur Jonasson, who currently serves as a member of the Icelandic Parliament, said US authorities told him in June 2011 that hackers were trying to destroy software systems in the country.

The authorities said there was an ‘imminent attack’ on Iceland’s government databases and that the FBI would send agents to investigate.

Jonasson said he was immediately skeptical of the FBI’s intentions.

‘I was suspicious,’ he told Katoikos. ‘Well aware that a helping hand might easily become a manipulating hand!’

Jonasson said it was only when a ‘planeload’ of FBI agents arrived in August that he realized the true reason for their visit.

The former minister claims the FBI was seeking Iceland’s ‘cooperation in what I understood as an operation set up to frame Julian Assange and WikiLeaks’.

Jonasson said he immediately told the FBI agents to leave the country. 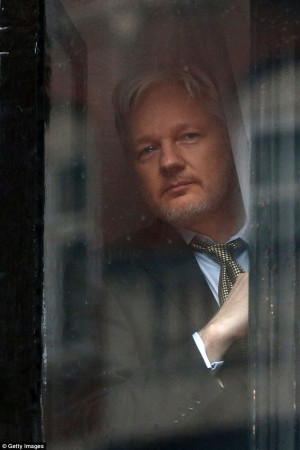 ‘Since they had not been authorized by the Icelandic authorities to carry out police work in Iceland, and since a crack-down on WikiLeaks was no on my agenda, I ordered that all cooperation with them be promptly terminated,’ he said.

‘I also made it clear they should cease all activities in Iceland immediately.’

Jonasson said he also made it clear that when it came to picking a side, he was Team Assange.

‘I also made it clear at the time that if I had to take sides with either WikiLeaks or the FBI or CIA, I would have no difficulty in choosing: I would be on the side of WikiLeaks’.

Despite the fact that this happened five years ago, and was heavily reported about in 2013, this appears to be the first time Jonasson has publicly claimed the US was trying to ‘frame’ Assange.

When the story first broke, Jonasson told the New York Times that ‘eight or nine’ FBI agents had arrived to gather material on WikiLeaks.

The former minister said he had asked the agents to leave because ‘they had misrepresented the purpose of their visit’. 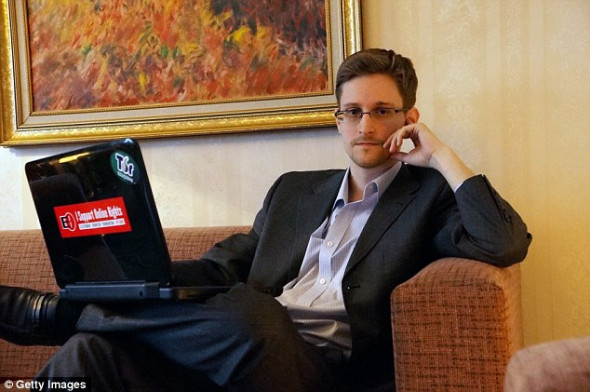 In fact, it later became known that the FBI’s Iceland operation was part of a ‘wide-ranging investigation’ into WikiLeaks and Assange for releasing hundreds of thousands of military documents in 2010.

WikiLeaks itself provided information about the incident, claiming the FBI had sent agents to interrogate an 18-year-old Icelandic citizen.

The individual had allegedly worked as a volunteer for WikiLeaks and had visited Assange that summer.

That same citizen later deceived a Canadian volunteer who wanted to raise funds for ‘WikiLeaks merchandise’, having them send the money to his personal bank account rather than the organization.

WikiLeaks makes no mention of the FBI trying to frame the organization or Assange, and Jonasson offered no evidence to support his new claims.

‘I look at what [Assange] stands for and that is where I side with him; his endeavors to open the secret world of the military and of power-politics’.

Assange is currently at the Ecuadorean Embassy in London, where he is avoiding extradition to Sweden on rape and molestation charges.