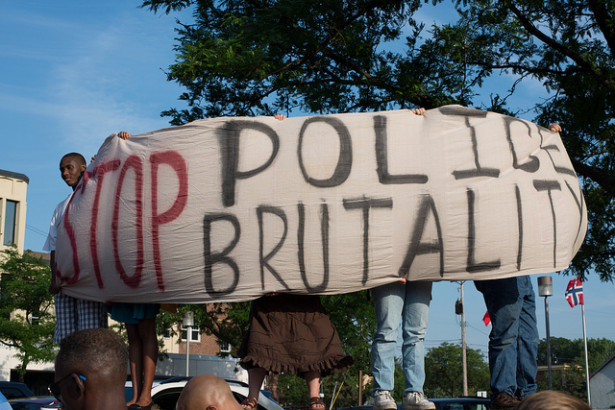 Michael Slager fatally shot Scott in 2015 while Scott ran away from him.

Former South Carolina police officer Michael Slager was sentenced Thursday to 20 years in prison and two years of supervised release for fatally shooting Walter Scott, an unarmed black man, during a traffic stop in 2015, according to local news reports.

Judge Norton sets a sentencing range of between 19 and 25 years and 2-5 years of supervision. This is not a final sentence for #Slager.

Slager, then an officer in North Charleston, South Carolina, shot Scott while Scott was running away from him. A bystander captured the death on cell phone video. The killing was one of many high-profile cases of police killing unarmed black men in recent years.

In May, Slager pleaded guilty to violating Scott’s civil rights by using excessive force. Two other federal charges and a murder charge from the state were dropped in exchange for the guilty plea.

“Law enforcement officers have the noble calling to serve and protect,” Attorney General Jeff Sessions said in a statement Thursday. “Officers who violate anyone’s rights also violate their oaths of honor, and they tarnish the names of the vast majority of officers, who do incredible work. Those who enforce our laws must also abide by them — and this Department of Justice will hold accountable anyone who violates the civil rights of our fellow Americans. On behalf of the Department of Justice, I want to offer my condolences to the Scott family and loved ones.”