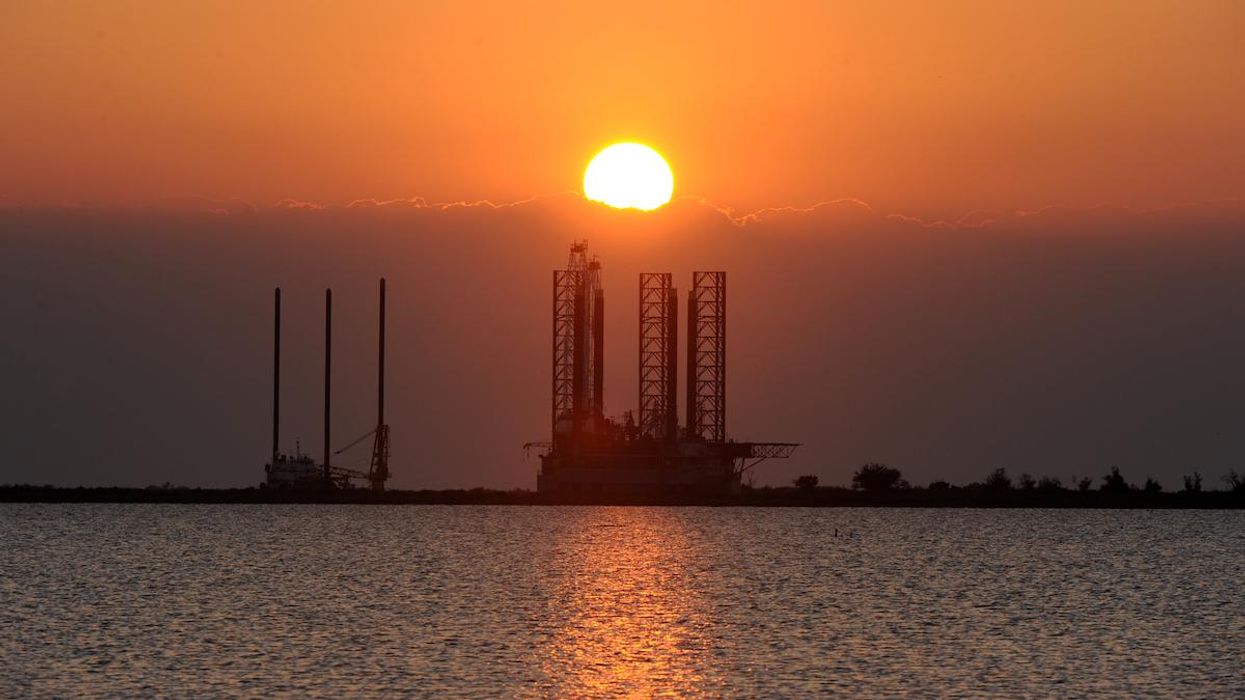 Above Photo: An oil platform in the Gulf of Mexico at Port Fourchon in Louisiana. Mark Ralston / AFP via Getty Images.

The Biden administration went through with the largest offshore oil and gas lease sale in U.S. history Wednesday.

In the controversial sale, major fossil-fuel companies including ExxonMobil, Shell, Chevron and BP bid a total of $192 million for the rights to drill a stretch of the Gulf of Mexico that is about double the size of Florida, The AP reported. The amount offered is the second-highest total since bidding resumed in the Gulf of Mexico in 2017.

“It’s basically a giveaway to industry of millions of acres of the Gulf of Mexico so they can lock in production for years, at a time when we need to be shifting away from fossil fuel development,” Earthjustice attorney Brettny Hardy told The AP.

The Biden administration has been widely criticized for allowing the sale to proceed even after President Joe Biden promised U.S. climate action during the COP26 talks in Glasgow.

“Coming in the aftermath of the climate summit, this is just mind boggling. It’s hard to imagine a more hypocritical and dangerous thing for the administration to do,” Center for Biological Diversity (CBD) senior attorney Kristen Monsell told The Guardian. “It’s incredibly reckless and we think unlawful too. It’s just immensely disappointing.”

Biden did try to honor his campaign promise to halt oil and gas drilling on public lands, but Republican attorneys general led by Louisiana mounted a legal challenge that paved the way for Wednesday’s sale. The fear that Biden may limit drilling in the future may have increased interest in this sale, The AP noted, along with rising oil and gas prices.

“Prices are higher now than they’ve been since 2018,” Rene Santos of S&P Global Platts told The AP. “The other thing is this fear that the Biden administration is here for another three years. They’re certainly not going to accelerate the number of lease sales and they could potentially have fewer sales.”

In total, the administration sold 1.7 million acres of 80 million on offer, which amounts to almost all the available blocks in the Gulf, Reuters reported. Chevron bid the most at the sale, offering $47.1 million. The next highest spenders were Anadarko, owned by Occidental Petroleum Corp, BP, Royal Dutch Shell and ExxonMobil.

Exxon bought the most tracts by acreage, gobbling up a third of what sold. However, the fact that the company acquired 94 shallow water blocks may mean it has an unconventional use planned for its purchase.

“It’s a clear indication of the [company’s intention to use the blocks for its] carbon capture and storage project,” Justin Rostant, the principal analyst-Gulf of Mexico research for energy consultancy Wood Mackenzie told S&P Global Platts. “I anticipate they’ll use the area for direct capture of carbon and put it in the reservoirs of the blocks they acquire.”

At COP26, Biden promised to reduce emissions by around 50 percent of 2005 levels by 2030, but The AP noted it could take years to develop the leases sold today, meaning they could still contribute greenhouse gas emissions after that date.

Despite this, the environmental review of the lease auction, which was conducted under former President Donald Trump, found that using the oil and gas in the area would lead to fewer emissions than keeping it in the ground. However, climate scientist Peter Erickson found that this analysis did not include emissions in foreign countries, which would increase with more Gulf oil in the market.

Federal officials said they would take this into account in the future, but it was too late to do so for Wednesday’s sale.

For forthcoming models, the Interior Department vowed to “take substitution impacts and foreign oil consumption into account, resulting in the most robust projections ever of the climate impacts of offshore lease sales,” Axios reported.