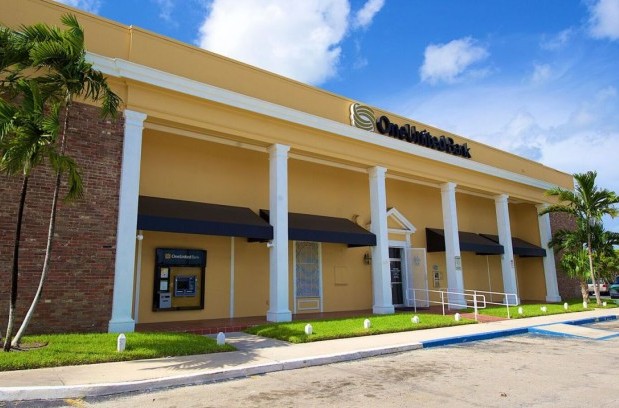 The day before he was assassinated in Memphis, Dr. Martin Luther King Jr. gave a speech urging black Americans to change where they kept their money.

“I call upon you to take your money out of the banks downtown and deposit your money in Tri-State Bank,” King said, referring to a black-owned bank in Memphis. Urging a “bank-in” movement, King continued: “These are some practical things that we can do. We begin the process of building a greater economic base. And at the same time, we are putting pressure where it really hurts.”

Nearly 50 years later, that idea might finally be gaining traction.

Earlier this year, rapper Killer Mike gave an interview calling for Americans to open one million new accounts at a black-owned bank in Atlanta, and other prominent black celebrities have since endorsed Killer Mike’s call to action.

As it turns out, there are just 23 black-owned banks, credit unions, or savings firms, according to the Federal Reserve, out of more than 6,700 total. Now, a project by OneUnited Bank (the largest of those black-owned banks), called the #bankblack challenge, is aiming to attract some of those would-be customers.

On Wednesday, I spoke with Teri Williams, the President of OneUnited, about the #bankblack initiative.

Is there racism in finance?

Yes. There’s racism everywhere. I think that the racism that exists today, some of it is overt, some of it is institutional. If you look at what has happened in the banking industry or financial services industry over the past 10 years, the black community was faced with predatory lending, we currently have payday lenders that charge rates as high as 400% on a short term loan, they charge fees to cash checks of 1% or more, and the legal framework, the regulatory framework allows this to exist. Prepaid cards are another area that’s not regulated, that’s not helping (black people) to rebuild credit, charging them a bunch of fees, and this is all legal.

Let’s put it this way: There are institutional policies and frameworks that make it very difficult for a black person to succeed. Is that all there is? Is it the only problem? Absolutely not. But this movement is saying there are things we can do for ourselves. So even though there is institutional racism, we don’t have to go to payday lenders, we can cash a check at a black bank. For free! So there’s some things we can do for ourselves and should do for ourselves, but there are some things that are really stacked against us.

Do you consider OneUnited a black bank, or a bank that happens to be owned by black people?

For years we had this goal of being a black Bank of America. We wanted to acquire banks around country, have a bunch of branches, just like Bank of America does. In the past three or four years, we’ve changed that vision and strategy. Really, we want to be authentically black, that we’re not just Bank of America with a black face on it. There is something that is unique about us that allows us to speak to the communities we serve, which are largely black and Hispanic, that helps them understand banking in a new and different way. If we were just the black Bank of America, we’d just be saying the same things, and just be black. But what we’re doing is saying something different, and we hope that the way we say things and how we say it, whether visually, or with a spoken word performance event…We’re trying to relate and connect with a community that for a variety of reasons is not hearing Bank of America. We want them to hear us.

We lend in communities, or on blocks, that other banks may shy away from. Part of that could be that they just don’t know the community…But we also don’t have that “screen,” for lack of a better term, that other institutions have, about loaning in specific communities. So when you say, “Liberty City” [a predominately black neighborhood in Miami], there’s a certain impression that it gives off for many, that we don’t have because we live here. If you say Roxbury-Dorchester [predominantly black suburbs of Boston, where OneUnited is based], we know that community, and and are therefore more comfortable lending — there are a lot of institutions that aren’t.

The actual lending isn’t any different, the criteria standards are the same, but other banks are going to shy away from them because of a reputation we know is not true.

Why is it important that black people bank at black banks?

Black people spend $1.2 trillion annually. That is more than some whole countries spend. But only 2% of that is spent in the black community, so the opportunity for us to use that spending to build wealth in our community is very small. If we can increase it to 10%, it would create a million jobs in our community. We knew black unemployment was higher than for any other ethnicity, so if we could focus on building up black businesses, it would improve that unemployment number.

That’s one data point. The other is, if you look at how long a black dollar circulates in the (black) community, it’s only 6 hours. You spend it at a barbershop, and they make a little money, but the other businesses in the community are not. If you look at the Asian dollar, it circulates in the Asian community for 28 days. For the Jewish community, it’s 19 days. There’s an understanding within those communities that if we support each other and our businesses we can build wealth [editor’s note: these figures have been widely circulated but Fusion could not find their source; you can read more about them here]. That mindset is not shared in the black community. We have the opposite mindset—that black businesses are somehow “less than” other businesses, so we’re not going to use a black business.

Is the #bankblack challenge a protest?

It’s absolutely a protest. It’s a positive step and a protest…When you come into this bank, what you can be sure of is that what we offer you is something you can afford and trust—you’re not going to be overcharged, we’re going to be responsible; that is in some ways how it used to be in banking, today there are so many scams out there.

Answers have been condensed and edited.