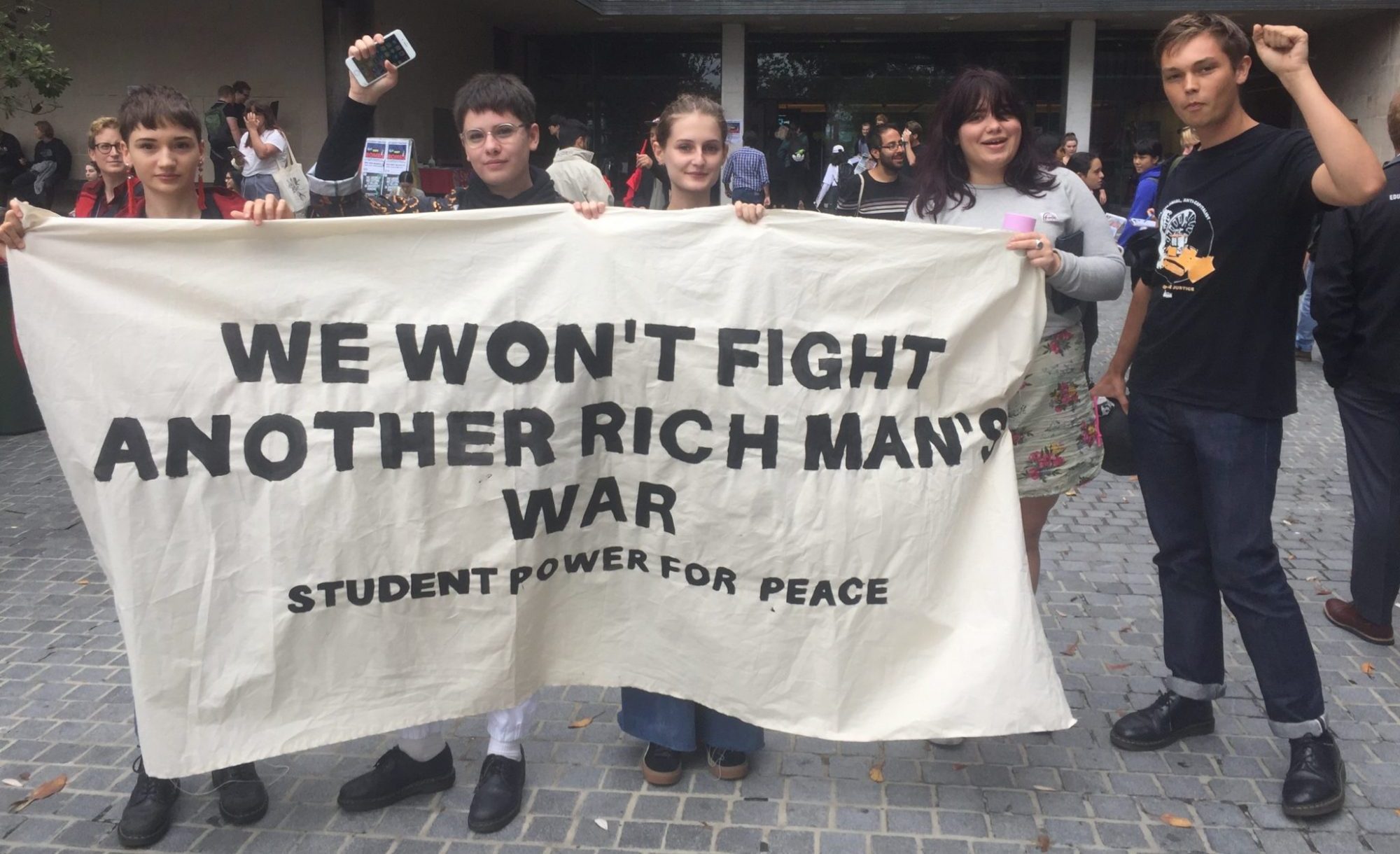 Four Reasons To Ditch The Draft

Above photo: Students protest for “Books Not Bombs.” HoniSoit.com.

There’s a bill before Congress to expand the military draft to women. It’s a terrible idea. Here are four reasons why:

It’s not about “equality.” Some say drafting women is only fair; after all, men 18-25 must register for the draft. Shouldn’t women? The answer is no. It’s not equally fair, it’s equally unfair. Gender equality and fairness means freeing men from military conscription, too. Real equality means abolishing the military draft for everyone, once and for all.

Drafts don’t stop wars. Wars have generally been facilitated by a draft, not prevented. The drafts during the U.S. civil war, WWI, WWII, and the wars on Korea and Vietnam did not end those wars. It’s risky – and immoral – to rely on this approach. Involuntary servitude is no way to save a society.

Expanding the draft is not about national defense.  The military draft is not here to protect you and your family. It’s here to protect the wars for profit of the One Percent.  Proponents of expanding the draft concoct implausible “worst case scenarios” to justify their desire to keep the draft. The expansion of the military draft is a back-up strategy for a military that’s worried it won’t meet its ever-expanding recruitment quotas for the ongoing, borderless, forever wars. These wars are not about national defense and our young people should not be used as cannon fodder in them. Americans want alternatives to waging these deadly, endless occupations that create more enemies, sacrifice both our people and theirs, drain our tax monies, and undermine the well being of poor people in other lands.

To sum up, the expansion and continuation of the draft is the “dumbest idea in Congress.” It’s not equally fair, it’s equally unfair. It doesn’t solve the poverty draft. It isn’t about defense. It won’t stop wars; it’s more likely to enable them.

Fortunately, there is also a good bill in Congress on the subject of the draft. HR 5492 would repeal the Selective Service Act. Instead of adding women to the unjust, unfair military draft, it would end draft registration for everyone. If you support fairness, help end the military draft. Sign this petition to congresspersons to back the bill HR 5492 and draft registration for everyone

Rivera Sun, syndicated by PeaceVoice, has written numerous books, including The Dandelion Insurrection. She is the editor of Nonviolence News and a nationwide trainer in strategy for nonviolent campaigns.