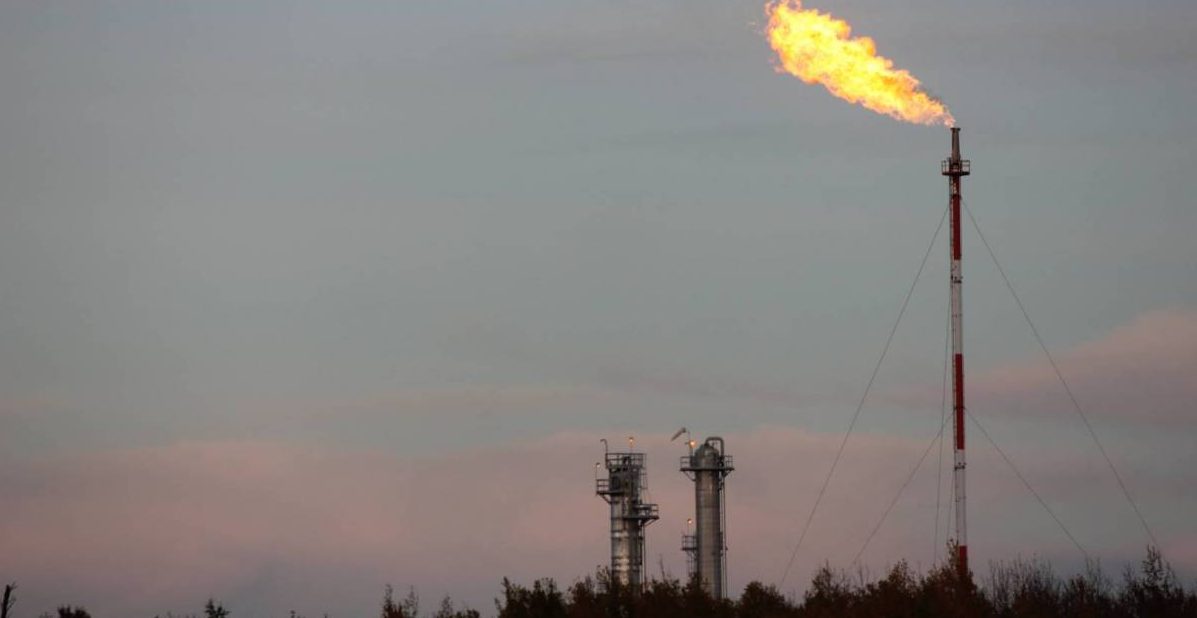 NOTE: Now that Joe Biden is likely to be the president, it’s important to remind ourselves of the damage done by fracking.

Wind howls in my ears. My fingers are numb. It’s midnight and I’m on top of Pink Mountain, near Mile 147 of the Alaska Highway in northeastern British Columbia. As I look out into the night, dozens of gas plants light up the horizon. This is fracking country.

For two weeks, I’m driving the back roads of this sparse corner of the province to gather images of the destruction gas development has wrought here. It involves long periods of boredom punctuated by jaw-dropping moments where I curse aloud to no one in particular.

I round a corner and see a flare stack with a plume of flames six storeys high. I drive past a lake only to find a water supply pond that’s nearly as big. I put my drone in the air only to realize that black smudge on the horizon is an enormous pyramid of toxic fracking sludge.

Dozens of fracking companies own overlapping tenures that cover an area roughly the size of Nova Scotia. Among the largest are the ones connected to tarsands or liquefied natural gas (LNG). About a third of Canada’s fracked gas is used to boil or steam bitumen out of Alberta’s tar sands. But with that market dwindling, the industry is pinning its hopes on LNG.

I spend the bulk of my time focused on the area where LNG Canada would source its gas in the foothills of Rocky Mountains. Malaysian state oil company Petronas operates the wells and plants here but officially it’s owned by the North Montney Joint Venture, a conglomerate that also includes Shell, PetroChina, Mitsubishi, and KoreaGas.

Home to Dunne-za, Dene Tha’, and Métis people, the forest here looks absolutely stunning in its fall colours. Towering plateaus have been carved by winding, gentle rivers for millennia: the Buckinghorse and Sikkani Chief in the north, and the Halfway and Beatton to the west and east. Large ungulates and furbearers thrive in the area—or at least they did before fracking showed up.

There are still patches of forest within the tenures, but if LNG Canada is built, ten thousand new wells will be added to the area over the next 30 years. That means more freshwater rendered toxic, more wildlife habitat destroyed, and more carbon pollution spewing into the atmosphere.

If this destruction were happening in the Lower Mainland or the Capital Regional District, it would be unthinkable. But successive provincial governments have allowed an entire region to be sacrificed to gas development—and even given billions of dollars in tax breaks and subsidies to the companies responsible.

Deep well credits ensure these fracking giants receive two dollars in tax breaks for every dollar they would owe in royalties. Meanwhile, LNG plants are exempt from increases in the carbon tax at the same time as the money other industries pay is used for an “industrial incentive” to cover their costs of reducing emissions.

Even though fracking happens in a corner of the province most British Columbians will never visit, it affects us all. No amount of creative carbon accounting to hide LNG pollution can justify building a brand new fossil fuel industry when smoke already chokes our skies each summer. Gas development has driven global methane levels to record highs—two-and-a-half times normal—and it is responsible for a quarter of the warming we’ve seen so far.

For all the striking imagery I’ve witnessed of fracking’s aftermath in the boreal forest, it is the invisible gas spewing from almost every one of these well pads that disturbs me the most. 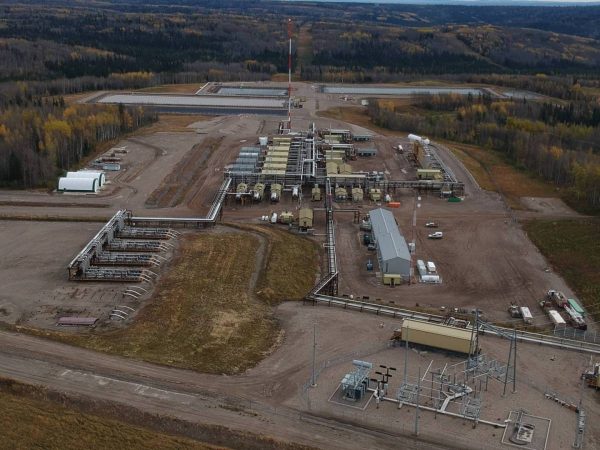