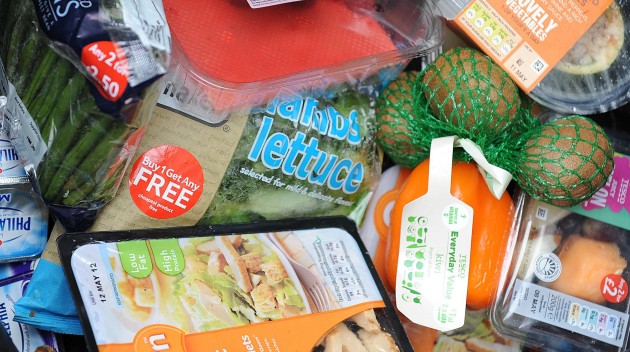 France: Illegal For Supermarkets To Throw Away Food

But they can donate it all to charities, or for animal feed.

Under the new law, supermarkets will have to prevent food waste and will be forced to donate unsold but edible food to charity, or for use as animal feed or compost.

They will also be able to donate products for energy and fuel purposes, France Info radio reports.

It’s scandalous to see bleach being poured into supermarket dustbins along with edible foods.

Under the new law, all large-sized supermarkets will have to sign contracts with a charity group to facilitate food donations.

According to L’Express magazine, children in France will now also be given be lessons on avoiding and preventing food waste, as part of their school curriculum.

In Ireland, the charity FoodCloud has estimated that at least 1 million tonnes of food are wasted here, every year.

The US state of Massachusetts introduced a similar law in 2014, banning businesses from throwing out food, if they throw out more than a tonne of it every week.