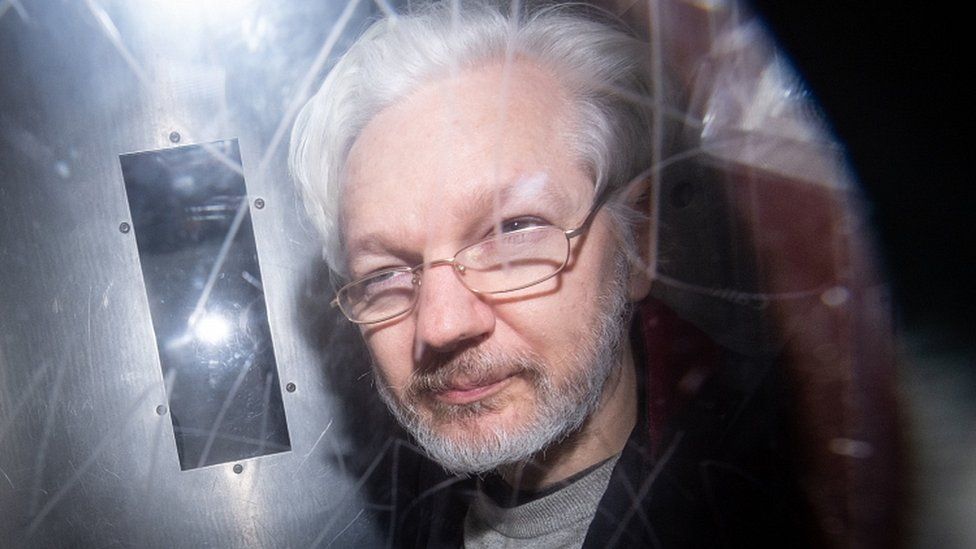 The War on Terror is put on trial in London through the Belmarsh Tribunal.

Just after the bombshell revelations about the CIA plot to kidnap and assassinate WikiLeaks publisher Julian Assange while he sought political asylum in the Ecuadorian Embassy in London, the Progressive International comes to London with the first physical Belmarsh Tribunal. The intervention comes ahead of Assange’s extradition proceedings, which are set to continue in London’s High Court from 27 to 28 October 2021.

Inspired by the famous Russell-Sartre people’s tribunal, the Belmarsh Tribunal places the War on Terror on trial and holds the US government accountable for its war crimes. It is named for the London prison that has held Assange in permanent confinement for the last two years, as he faces extradition to the US, whose government plotted his assassination. The Belmarsh Tribunal will hold its first physical proceedings in London on the 22 of October 2021 at the Convocation Hall, Church House, Westminster, which was used for sittings of parliament during the Second World War.

The Belmarsh Tribunal will gather leading figures from politics, the law and journalism, to shed light on the US crimes that were revealed by WikiLeaks – torture, violence, illegal spying – but also to speak about the existing crimes of both US and UK against Julian Assange for exposing their illegal and unjustifiable actions. Among the speakers who will appear both in physical presence and via “live-stream” are Tariq Ali, Renata Ávila, Apsana Begum, Richard Burgon, Jeremy Corbyn, Rafael Correa, Özlem Demirel, Deepa Govindarajan Driver, Daniel Ellsberg, Selay Ghaffar, Markéta Gregorová, Heike Hänsel, Srećko Horvat, Ken Loach, Annie Machon, Stefania Maurizi, John McDonnell, Yanis Varoufakis, Ben Wizner and Eyal Weizman.

“After the revelations about the murderous CIA plans to kill a publisher and journalist on British soil, not only the current US government but also the UK government must be held responsible for still keeping Assange in prison”, says philosopher Srećko Horvat, cabinet member of the Progressive International and one of the founders of the Belmarsh Tribunal.

“The Biden administration should drop the charges against Assange and the UK government should free him immediately and end the suffering and torture of a courageous man who has committed no crime. In a society in which telling the truth becomes a crime, we are all accomplices of crime as long as Assange is in prison.”

“Wikileaks exposed crimes of US empire in Afghanistan, Iraq and beyond. At the Belmarsh Tribunal, we will turn the world the right way up, placing crimes of war, torture, kidnapping and a litany of other gross human rights abuses on trial,” says Jeremy Corbyn, Progressive International council member and member of the Belmarsh Tribunal.

“The perpetrators of these crimes walk free, often still prominent public figures in the US, U.K. and elsewhere. They should be held accountable for the lives they destroyed and the futures they stole.”