West Papua is the Western half of the 2nd largest island in the world. It is located in the Pacific Ocean and borders the independent nation of Papua New Guinea.

In 1962 after the New York Agreement, temporary authority of the formerly Dutch land was given to Indonesia against the wills of the indigenous peoples of West Papua.

The United Nations “Act of Free Choice” in 1969 made West Papua the 26th providence of Indonesia. The name of this Act is deceiving however because the Indonesian government used the procedure of ‘musyawarah,’ which is a consensus of ‘elders,’ and the people of the country were not given a choice about the future of their country. These 1,025 elders were officials that were appointed by the Indonesian government and chose for West Papua to become a part of Indonesia.

Indonesia has imposed a brutal military occupation in West Papua. West Papua is one of the most militarized territories in the world, with one Indonesian-security identity for every 100 citizens (In Iraq in 2009, the ratio was one for every 140 citizens). The West Papuans have endured intimidation, torture, rape, murder and incarceration since this occupation began.

West Papua has the worst health record of all of the Indonesian providences. The major problem faced is the lack of accessible resources available to them. West Papua suffers from extremely low income rates, poor sanitation, high disease rates and high infant mortality.

Meanwhile, their suffering goes unnoticed by the rest of the world. 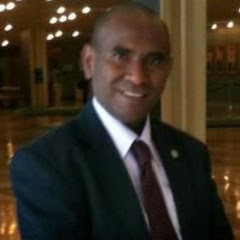 I personally had never even heard of West Papua and knew nothing about the past and present issues they have faced until I was blessed with the opportunity of meeting Herman Wainggai.

He was imprisoned for over two years for his ‘crime’ of raising the Morning Star flag, the flag that represented Netherlands New Guinea 1949-1962 and is now a symbol of nationalism and pro-independence. Raising this flag is illegal and since 1962 500,000 West Papuans have been killed by the Indonesian Millitary (TNI) for the same crime.

In 2005 -2006, Herman organized the escape of 43 West Papuans in a traditional double-outrigger canoe and crossed the Arafura Sea to Australia, where they were granted asylum.

He has since been an active and nonviolent politician, diplomat and activist, and believes in the dignity of people and has a great respect for culture. He attended the Fletcher Summer Institute for the advanced study of non-violent conflict at Tufts University in June 2009, has learned to speak and write English very well, and is currently located at George Mason University as a visiting scholar, where he is able to reach out to students and the public as well as the US government and UN. He is the most committed, determined and pleasant person I have ever met and to hear his story and just pieces of the stories of his friends and family in West Papua, where the people are ethnically distinct from the Indonesians that control their country, home to hundreds of tribes speaking their unique languages, a place that has become dangerous and discriminatory, a place that he is not allowed to go back to simply for displaying the West Papuan flag.

The West Papuan people are being oppressed and it is a terrible injustice that those who peacefully rally for human rights are being arrested and living their lives in horrific prisons.

The world is changing; the West Papuans don’t have the power to resist through guns. The powerful weapon they hold is the truth. Helping others to know the truth and maintaining a peaceful approach is their goal. Their Gandhi inspired nonviolent campaign leads with sympathetic characters such as my friend Herman and is in need of support from the international community to improve their lives and reestablish a sense of pride in their community and their country.

We are a group of informed United States citizens who share a common goal of informing the general public of the social and environmental issues in West Papua.

The recent history of West Papua is quite disturbing and because of Indonesian bans on international media, much the world is in the dark about the Papuan people and their daily struggle.

We strongly believe that education is the catalyst for change and that EVERY concerned person on this planet can work together in support of the Papuan people and encourage the US government and other Non-Governmental Organizations to support the cause and help determine strategies to assist the West Papuan people.

The support of the international community will give West Papua the voice they deserve, a voice that has been repressed by Indonesia for over 50 years. The voice needed to work toward the release of political prisoners, return of over 10,500 refugees in East Awin and Papua New Guinea and over 150 exiles overseas, and stop the oppression they have endured at the hands of the Indonesian Government. This is a huge force to go up against, but we believe we have the moral high ground and that our dedication can influence others and together we can save the lives of the men and women suffering unjustly in jails for nonviolent shows of national pride.