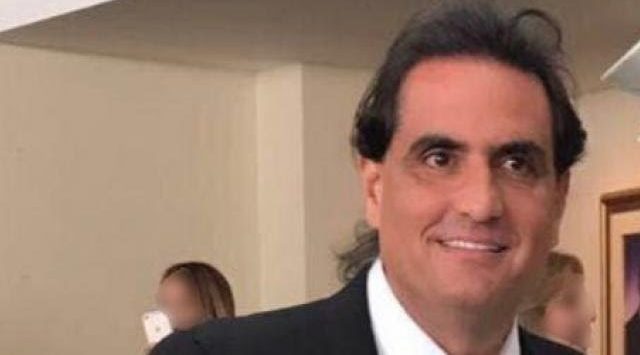 Above photo: Alex Saab under house arrest in Cabo Verde.

Sal Island, Cabo Verde – In their first full day in Cabo Verde, the emergency human rights delegation met with Saab’s lawyer and the Venezuelan ambassador, tried to meet with the local police commander, and saw firsthand the prison-house where Mr. Saab is jailed, though the heavily armed guards prevented a visit.

A year ago, immediately after Alex Saab’s plane was diverted to Cabo Verde for a technical fueling stop and he was forcibly taken off the plane. The Venezuelan government quickly notified the Cabo Verdean authorities that Saab was a diplomat and thus protected from detention, according to Jose Manuel Pinto Monteiro.  Dr. Pinto is a Cabo Verdean lawyer, who has moved to Sal Island in the archipelago where Saab is imprisoned to work on his behalf.

Dr. Pinto described the torturous conditions that Saab has been subjected to: a bag was put over his head on the first day of detention; he was held in isolation in a dark cell with no light for 23 hours a day for seven months; the concrete-floored cell had no furniture.

Worse, Saab later explained to attorney Pinto that his life was repeatedly threatened. On three occasions, Saab was physically assaulted by agents in the prison, and his wrists cut with a knife. At least one of the agents Saab described as having an American accent. They tried unsuccessfully to get Saab to agree to his extradition to the US.

We also met with Venezuelan Ambassador Alejandro Correa Ortega, who was the first person to gain access from the Cabo Verdean authorities to see Saab.  Ambassador Correa has also moved to Sal to be able to see Saab. Currently he is allowed visitation for only one hour, three times a week. And even that took months to negotiate, violating Ambassador Correa’s diplomatic prerogatives under international law.

Eventually, attorney Pinto fought for and also won permission to visit Saab. But Saab, who has cancer, has had his oncologist denied entry into the Cabo Verde. Saab’s personal attorney from Colombia was likewise denied entry. And a team of attorneys from the UK landed in Cabo Verde to see Saab, but were met by forty police at the airport and sent back.

We suspect that our delegation was allowed to enter Cabo Verde because we have US passports. Certainly, our presence is known, as local TV and radio media have sought us out and interviewed us today.

After Saab’s case was taken to the regional Economic Community of West African States (ECOWAS) court, which ordered Saab’s immediate release, Saab was placed under “house arrest.” The Cabo Verdean authorities, under the fiction that Saab is no longer formally in prison, denied a habeas corpus request. However, we saw firsthand that Saab is still imprisoned, though no longer under the earlier wretched conditions.

Our emergency delegation got as far as a half a block from the house arrest site, when we were stopped. Police, heavily armed with automatic weapons and some wearing black masks, turned us away while similarly clad and armed snipers watched down on us from neighboring rooftops.

For now, the Saab case is being litigated in the Cape Verdean Supreme Court, so he cannot be immediately extradited. But time is quickly running out. Unless there is international pressure on both the US and Cape Verdean governments, Saab will be railroaded to the US to face charges. His only “crime” was trying to buy needed food, medicine, and fuel oil for the people of Venezuela who are being asphyxiated by illegal US sanctions.

Roger Harris from Corte Madera, California, has a special interest in Venezuela and Cuba. He is on the central committee of the Peace and Freedom Party and is involved with the Niebyl-Proctor Marxist Library. He is also a Certified Wildlife Biologist and conservationist, leading whale watching trips for the Oceanic Society and birding for the Marin Audubon Society. He is on the Marin County Parks and Open Space Commission. He is retired from an employee-owned environmental consulting firm, where he specialized in endangered species, wetlands, and native habitat restoration.