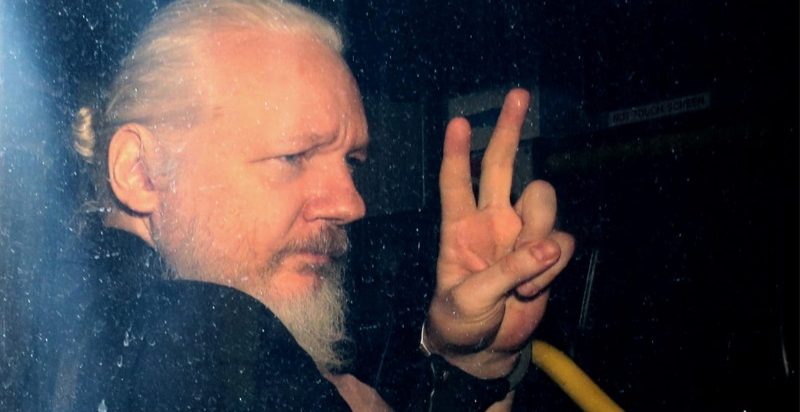 Wikileaks founder and journalist Julian Assange, who first became known around the world for his role in the exposure of US war crimes in Afghanistan, turns 50 years old today.

Assange, who for the past two years has been kept in HMP Belmarsh, a maximum security prison in the UK, had spent nine years holed up in the UK’s Ecuadorian embassy after US authorities charged Assange with espionage over Wikileaks’ activities in 2012.

If convicted, Assange may be sentenced to 175 years in prison. In spite of the prolonged campaign against him personally and against Wikileaks’ exposure of classified information, support for the Australian journalist has not dwindled.

Last week, Reporters Without Borders launched a social media campaign with the aim of collecting birthday messages to be passed on to Assange while increasing pressure on authorities to drop the charges and protect freedom of the press.

Hundreds of tributes and happy birthday messages were all over Twitter on Saturday, with major press organisations such as Amnesty International and the International Federation of Journalists throwing their weight behind renewed calls to release the journalist.

Rallies were also held in various locations across the world, celebrating Assange’s work on his 50th birthday, including in Assange’s home country, Australia.

In January of this year, Assange only narrowly escaped being extradited to the US due to his deteriorating mental state and psychiatric examinations which confirmed a high risk of suicide upon extradition.

Over the course of more than a decade of being arbitrarily detained as authorities built up their case for his extradition to the US, more evidence has emerged of fabrication of charges against Wikileaks’ founder.

On June 26 of this year, Stundin reported how Sigurdur Ingi Thordarson, a diagnosed sociopath and serial fraudster who cosied up to US authorities seeking to further their case against Assange, admitted that he’d spun a false narrative to advance his own interests.

This was not the first time that evidence related to charges against Assange turned out to be fabricated or trumped-up.

In 2017, when Assange was still protected by the political asylum that the Ecuadorian embassy had offered, Swedish prosecutors had dropped their preliminary investigation into alleged rape committed by Assange as his stay in the embassy prevented the proceedings from continuing.

The charges, which were re-opened and dropped a total of three times after that, were eventually dismissed every time due to the lack of evidence presented by the prosecution.

Thordarson’s Deals With The FBI

A report published by Stundin revealed the extent of Thordarson’s lies to both Wikileaks and US authorities, stretching all the way back to 2010.

Thordarson had originally met Assange in that year. According to the report, Assange had accepted Thordarson’s offer to help raise funds for Wikileaks when the two had met briefly in Iceland.

Instead, Thordarson had used the opportunity to embezzle more than $50,000 from the organisation.

The key connection between Thordarson and the espionage charges in the US indictment is the fact that a large part of the case being leveled against Assange relies on Thordarson’s testimony.

The US prosecutors claim that Assange had instructed Thordarson to break into Icelandic MP’s phones and record private conversations, an instruction which Thordarson directly admitted was never given to him.

In spite of Thordarson’s shameless, belated honesty, UK courts have so far not budged on their judgement of Assange.

While the judge overseeing Assange’s case did rule against an extradition due to his poor health, the court was adamant on its consideration of the charges, citing evidence furnished by Thordarson’s false claims.

Another example of Thordarson’s influence on the US prosecutors’ claims involves one of Wikileaks’ biggest stories – a year after the financial crisis of 2008, an internal report from Kaupthing Bank in Iceland was published on Assange’s portal.

The report directly implicated dubious lending practices carried out by Kaupthing as the main factors that led to insolvency and eventual nationalisation of Kaupthing and Iceland’s two other major banks.

One of the main charges being leveled against Assange is intimately tied with Wikileaks’ story on Kaupthing and the other banks.

Thordarson had led prosecutors to believe that he and Assange had attempted to decrypt files which were stolen, when the report was in fact leaked by someone from within the bank itself.

Stundin’s detailed report goes on to reveal how Thordarson admitted that he repeatedly referred to himself as Assange’s right-hand man, with the stated intent of using his ‘position’ to obtain immunity from prosecution as well as convince hackers on chat forums to engage in attacks, misleading them into thinking he was acting on Wikileaks’ behalf.

Thordarson also leveraged his nominal association with Wikileaks to eventually work his way out of a trap that the FBI had set up for him through a hacker turned informant.

In August 2011, Thordarson contacted the FBI to become an informant against Assange after Wikileaks staff began looking into missing funds that Thordarson had diverted into his own bank account by impersonating Assange via email.

By the time Icelandic authorities caught on to the FBI’s visit, Thordarson had already stolen information from Wikileaks’ servers and was flown out of the country to become the US’ ‘star witness’ in the case.