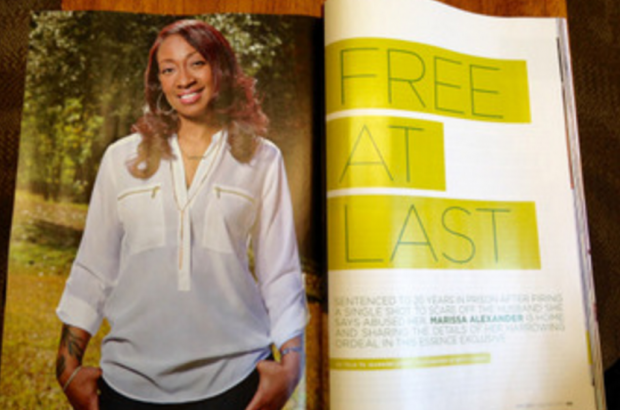 Dear supporters of Marissa Alexander, January 27, 2016 marks one year that has passed since Marissa Alexander was released from prison and sentenced to serve an additional two years of “home detention.”  In one more year, Marissa will finally be free from this aspect of the constant surveillance and control by the state. We are excited to share a message from Marissa to her supporters to mark this important milestone:

Send a card to Marissa to wish her and her family love, strength, faith, and freedom:

Marissa Alexander has always said that the level of attention given to her case must be used to highlight other cases in which survivors of violence are punished for defending their lives.  The Free Marissa Now Mobilization Campaign followed Marissa’s call to action and, in the year since she’s been released from prison, we’ve made important strides. Here is a brief overview:

It has also been a crucial year of organizing in support of black women’s lives.  We stand in solidarity with the black women who were sexually assaulted and systemically threatened and terrorized by Oklahoma police officer, Daniel Holtzclaw, and we call for the immediate freedom of the victims who arestill incarcerated.  Check out this important toolkit demanding justice for the OKC13.  We also stand in solidarity with Sandra Bland and her family, the victims of the horrific shooting at the historic Emanuel African Episcopal Methodist Church in Charleston, SC, and so many more, as well as with activists using brilliant, critical, and rebellious strategies to resist violence against black women and girls.

Stay connected to this work through www.freemarissanow.org and on facebook and twitter to learn how to take action.  We will need your help in 2016 to keep black women’s lives on the frontlines of community organizing and systems change.  What we wrote one year ago still stands: The absurdity in Marissa Alexander’s case was always the fact that the courts punished and criminalized her for surviving domestic violence, for saving her own life.  The mandatory minimum sentences of 20 years, and then 60 years, just made the state’s prosecution increasingly shocking.  But we have always believed that forcing Marissa to serve even one day in prison for defending herself against her abusive husband represents a profound and systemic attack on black women’s right to exist and all women’s right to self-defense.

Thank you for your ongoing support and solidarity.  We look forward to building communities of resistance, freedom, and love in the year to come.