Union executives and scholars in France talk to Léa Bouchoucha about the unprecedented wave of social protests.

Several weeks ago Emmanuelle Cheron, 43, was out on the Place de La République in Paris, along with other members of a new collective of professional child minders. They wore pink vests, held balloons and had set up a large pink-and-white banner that said “Maternal assistants are angry. No to the unemployment reform.”

Later that Saturday, on March 30, the Yellow Vest protesters were going to be on the streets as usual.But Cheron and her allies wanted to stage their own, single-issue demonstration. Today, when a privately employed childcare worker loses a contract with a French family, government insurance will provide between 60 percent and 75 percent of the lost income. But the government is contemplating a reduction in that allowance that Labor Minister Muriel Pénicaud may decree this summer.

The trade union Force Ouvrière, or FO, has launched an online petition protesting the change that will be delivered to Pénicaud. So far 65,000 people have signed.

The “pink vests” are just one example of the many ways French people have been tapping into the protest spirit generated by the Yellow Vests, who have reached another of their closely watched moments of possible pivot.

The loose-knit movement has avoided getting pinned down in any formal political way, but now three lists of independent Yellow Vest candidates are running in the May 26 election for France’s representatives to the European Union parliament. That balloting event may also, in itself, reignite protests that have ebbed after a big May Day demonstration and amid more intense policing — including clouds of tear gassing and water cannons on May 11 — and concessions from the government.

In an April 25 speech postponed from April 15 because of the fire that engulfed Notre Dame Cathedral in Paris, President Emmanuel Macron promised to lower taxes by about $5.5 billion, stop the unpopular closure of rural schools and hospitals, peg pensions of less than $2,200 per month to inflation, and abolish one of the dominating institutions in French public life, ENA, or the National School for Administration, from which he and much of the government hierarchy have graduated.

The question is whether those concessions are enough to satisfy a movement that has spread a sense of expectant solidarity. A strong majority of French— 82 percent of those polled in an April 15 survey by the independent survey group IFOP — say they are looking for changes in economic and social policies. 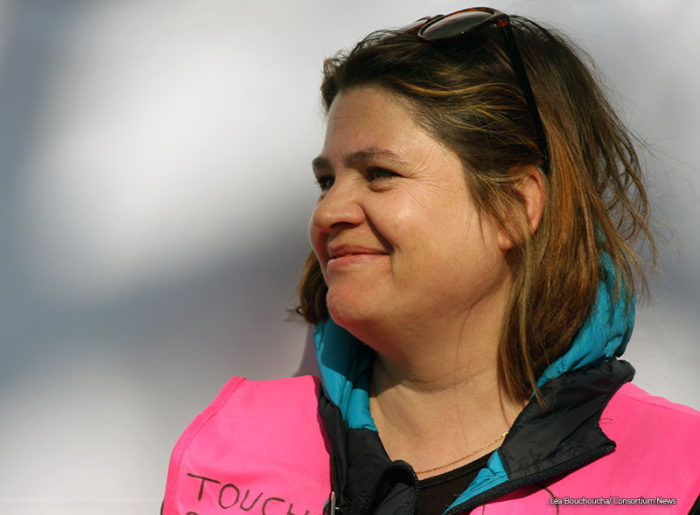 “I’m both Yellow Vest and Pink Vest,” Cheron told Consortium News. “I’m here today to support my job. It’s by standing up and being all unified that we will work something out.” (This interview, like all the rest, was conducted in French and translated.)

Guy Groux, a director at the French National Center for Scientific Research, the country’s largest public research organization, says “pink vests” such as Cheron fit naturally inside the Yellow Vest movement, which has been giving voice to workers who are, for the most part, not unionized.

“Unions work in companies, where they represent the workers, while Yellow Vests represent extremely different categories; such as artisans, entrepreneurs, liberal workers, homeless and retired,” said Groux, a specialist in the history of French trade unions, in a recent phone interview. “They don’t have the same parameters. It’s not the same population and they don’t have the same vocations. The operational scope of Yellow Vest well exceeds the regular perimeter of unions.”

Union leaders have, nonetheless, been keeping a close eye on the Yellow Vest movement. Here’s what three of those representing the largest unions had to say. 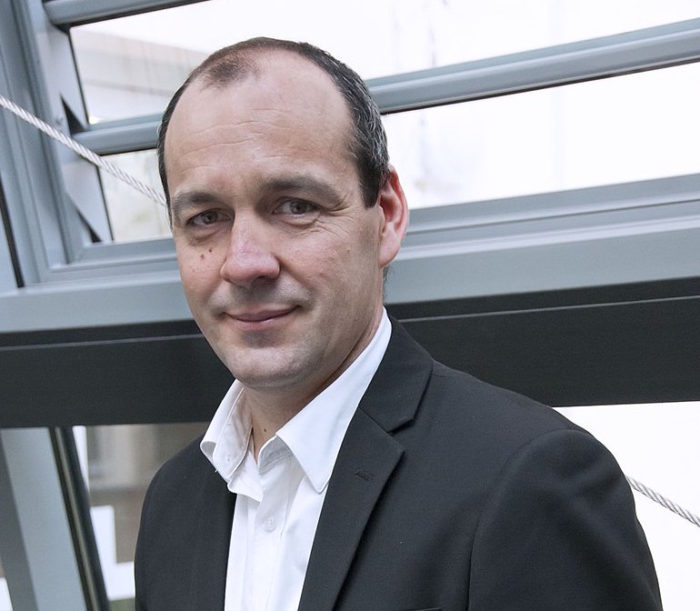 Laurent Berger is general secretary, the top position, at CFDT, France’s largest union, with 860,200 members according to 2012 data.

Of the three leading unions in the country, the CFDT keeps the greatest distance from the Yellow Vests.

“Of course, what happened with the Yellow Vests appealed us,” Berger said in a recent phone interview, while on a train headed to Brussels.

Berger said aligning with the Yellow Vests is a complicated because of what he described as so many unreasonable actors.

“I continue to think that the Yellow Vests who mobilized right away, at the start, have legitimate claims because they face inequalities,” he said, adding that they expressed a legitimate anger and a need to search for real answers to inequalities. But on the other hand, he said the movement had been exploited by people with a “totalitarian logic.”

Berger added: “This means that while I’m worried about the outcry of people contending with serious inequalities, it does not mean however that I legitimate the xenophobic, homophobic and anti-democratic practices done by some.”

On March 5, Berger and Nicolas Hulot — the former minister for the ecological and a just transition, who resigned last August at the government’s slow going on actions to curb global warming — took advantage of the pressure that the Yellow Vests were putting on the government to outline 66 proposals for a social and ecology pact in  Le Monde.

From housing and intergenerational solidarity to fighting inequalities to education, the pact was presented in the framework of a national conversation that President Emmanuel Macron instigated in response to the Yellow Vests and called the “Great Debate.”

In the pact Berger and Hulot said a society that generates so much inequality and injustice and endangers the lives of our children and grandchildren, and millions of human beings around the world, is “nonsense.” 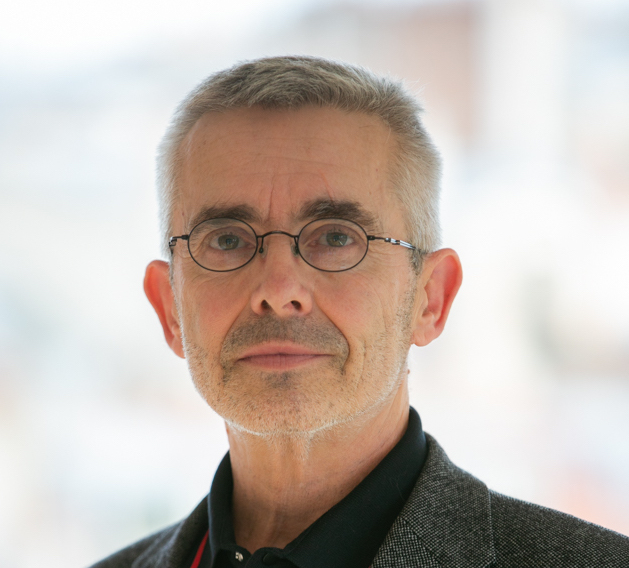 Yves Veyrier is general secretary at FO, which is the third French major union behind the General Confederation of Labor, or CGT, and the CFDT.

In a recent phone interview, Veyrier said the Yellow Vests have been expressing the criticism that his union has been making for a long time, about the redistribution of wealth in favor of capital and away from wages.

On Oct. 9, 2018, more than a month before the Yellow Vests’ first demonstration on Nov. 17, FO, along with CGT and other unions, called aone-day general strike.

Veyrier told Consortium News that he has been warning people in government away from austerity policies that have led to the closure of numerous local public services that have sparked the Yellow Vest unrest.

FO supports the Yellow Vest demands involving purchasing power, wages, transport, housing, the accessibility of public services. On the other hand, although some Yellow Vest leaders continue to call on Macron to resign, union leaders have never gone that far.

Veyrier says the Yellow Vests have highlighted the difficulties of people in precarious situations such as under short-term contracts, unemployed or in isolated work settings.  “We need to work on how we can better develop union culture with all this population,” he said. 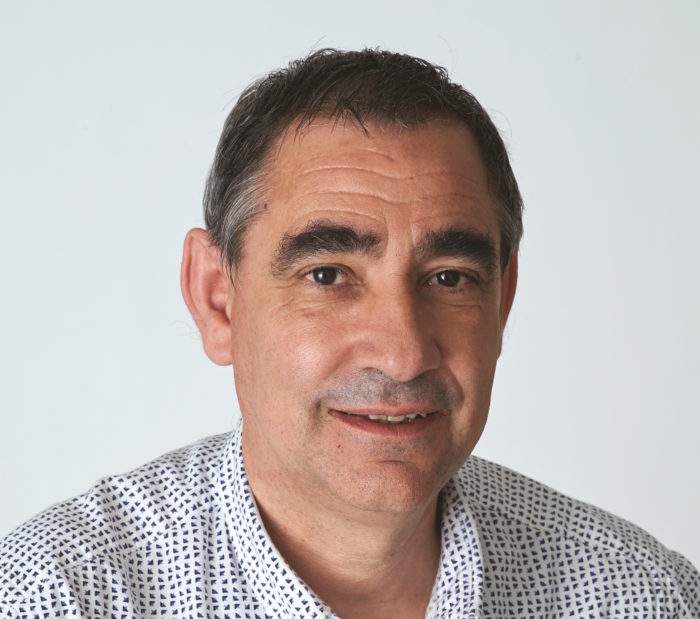 Fabrice Angéï is confederal secretary, an executive position with the General Confederation of Labor. He says the Yellow Vests are providing unions with a chance to play a role in shaping French society.

“For over 10 years now, unions have had no social policy victories, ” Angéï said in a recent phone interview. For instance, he said, there had been no progress on reducing work hours or raising wages. “At best, we have only managed to prevent a decline. Our failure on pension reform in 2010 and before has deeply affected the decisions of employees and can maybe explain the decrease of unionized employees.”

The 2010 pension legislation signed by former French President Nicolas Sarkozy has postponed the minimum retirement age by two years from 60 to 62. The reform sparked weeks of street demonstrations and nationwide strikes.

Angéï hopes the Yellow Vest demonstrations will reinvigorate the unions.

“In many cities, we have seen, from the beginning, CGT militants or activists, including those who were not participated anymore in union meetings, going to the roundabouts and joining Yellow Vest protests,” Angéï said. “We’re not in two hermetic worlds but in the same world and this ongoing [Yellow Vest] movement, with its exchanges and meetings and interest in collective actions, might contribute to a revival of unionization.”

But unions such as CGT, on the other hand, have no way to work formally with the Yellow Vests, which, like the Occupy Movement in the U.S. a few years ago, rejects any formal leadership.

Nonetheless, the CGT, which formed in 1895 and represents a wide variety of workers, has found ways to coordinate with Yellow Vests and allied protests. It helped Cherron and other “pink vests” organize for their March 30 demonstration. Before that, on Feb. 5, it joined the Yellow Vests in a day of nationwide protests calling for a higher minimum wage, increased pensions and improved public services. And on April 27 it called a daylong strike on the theme of a convergence among social struggles within the Yellow Vest movement.

Whether such a convergence is truly possible remains to be seen, said the National Center for Scientific Research’s Groux, a sociologist who specializes in the history of French trade unions. “Pink vests” and other worker in highly unstable jobs may represent an opportunity for union organizers, but Groux doesn’t see many other examples.

“These phenomena are intra-community, very local and small in numbers,” he said. “The CGT is capable of bringing out, by itself 10,000 or 20,000 protesters,” but he said those numbers did not turn out for the Yellow Vest protests. “When we will have such numbers, we will be able to speak about such a convergence but so far that hasn’t happened. ”

Groux notes that unions are weak throughout Europe and many are concentrated in the public sector.

Union membership in France has slid from 20 percent of all workers in 1960, to less than 8 percent today, earning it one of the lowest scores in this international OECD ranking.  That compares with 17.6 percent in Germany, 24.2 percent in United Kingdom and 35.7 percent in Italy. Scandinavian countries have union membership above 60 percent

However, a comparison is difficult to make with other European countries where membership determines acces to social benefits or collective agreements.

In France, on the other hand, negotiations conducted by unions can extend to other workers in the same industry, unionized or not. This explains why the vast majority of workers have collective agreements:93 percent in 2008 compared with 56 percent on average in countries in the Organisation for Economic Co-operation and Development.

And, French unions still have considerable power in collective bargaining and have demonstrated their ability to paralyze the country with massive strikes, making regularly international headlines.

Dominique Andolfatto, a political science professor at the University of Burgundy in Dijon who specializes in syndicalism, says it’s hard to calculate the changes that the Yellow Vest movement may have brought, or are still capable of bringing,  because it is unprecedented in the French social history.

“I don’t see any similar movements because the Yellow Vests connect workers and employees, unemployed persons and small employers,” Andolfato said. “Eventually, we may be able to compare it to the Red Cap movement known as ‘Bonnets Rouges’ in Britany in October 2013 against an eco tax.”  The Red Caps included employers, farmers, fishermen and political activists who became notorious for their violent protests against an environmental tax, which the government wound up suspending.