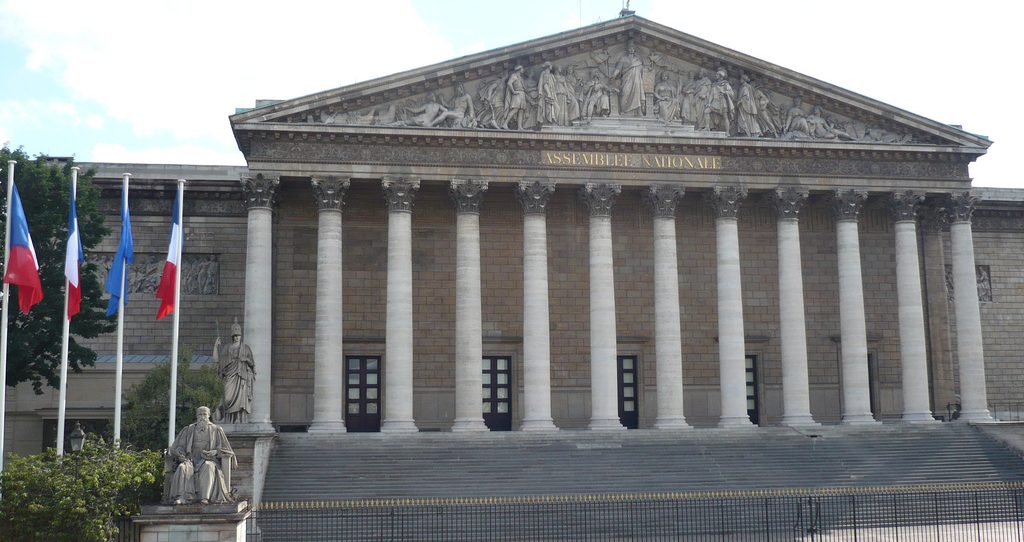 The law was first announced in January by Prime Minister Edouard Phillippe in response to the “yellow vest” protests against social inequality. It marks a significant step in the transformation of France into a police state. In line with a similar turn by capitalist governments in Europe and internationally—from Hungary, to Brazil, to the United States and elsewhere—the French ruling class is responding to the growth of social opposition in the working class over the unprecedented growth of social inequality by expanding its powers of repression.

The bill is to be approved by the Senate, France’s upper house, within a month. It stipulates that:

It has been widely noted that police bans on “partially” concealing one’s face could apply to large sunglasses and scarves. It would also include the respiratory masks that some have taken to wearing at “yellow vest” protests in anticipation of police assaults with tear gas, and head masks to protect demonstrators from being shot in the face and head with rubber bullets and stun grenades.

The bill originally stated that it applied if the person wearing a facial covering did so in order to prepare a criminal act. But this was removed by amendment late last month in the Assembly, after deputies declared it would render the law “inapplicable.” Instead, the person arrested will now have to prove that they had a “legitimate motive” to hide their face. Laurence Vichnievsky of the Democratic Movement party, who moved the amendment, said it was needed to “reverse the onus of proof”—from the state to the accused.

Those banned from attending protests will be able to appeal to an administrative judge, but lawyers cited in the media have made clear that such appeals are practically impossible for an ordinary citizen to conduct. While the government is directed to provide 48 hours notice to anyone who has been banned from a protest, this does not apply if they are unable to reach the person.

No one believes the absurd claims of the government that these changes are directed at “rioters.” Interior Minister Christopher Castaner published a Facebook post on Sunday night stating that because of “insinuations, approximations and falsehoods, fears and doubts are being bred.” The law was “aimed at protecting the right to protest,” which “too often, thugs place in peril.”

Castaner referred to the more than 1,200 protesters injured since the beginning of the “yellow vest” protests 12 weeks ago, but did not add that the majority have been injured by assaults from riot police, who have attacked protesters with batons and tear gas, blown off workers’ hands with stun grenades, and shot out an eye from more than 20 people with rubber bullets.

In any case, this pretense was dispensed with by government deputy Alice Thourot. She told Le Figaro on January 31 that “the French population do not understand why individuals should be found in demonstrations who belong to small groups of the extreme right and the extreme left that we already know, which are constantly guilty of violence.” This makes clear that the law is directed ultimately at criminalizing left-wing opposition.

The bill was voted by 392 votes for and 92 against. Those voting against included the Socialist Party (PS), Jean-Luc Melenchon’s Unsubmissive France, and the neo-fascistic National Rally of Marine Le Pen. All these parties support the build-up of the state against the working class, and voted against the bill only because their votes were not needed to secure its passage.

The fact that Le Pen’s party, the descendants of the fascist Vichy regime, could present itself as a defender of “individual freedom” against Macron’s law, is further proof that the ability of the extreme-right to win any popular hearing depends upon the right-wing police-state and austerity policies of the supposedly more “moderate” capitalist parties.

The “no” votes by Unsubmissive France and the PS are no less cynical. In November 2015, the PS government of François Hollande imposed a state of emergency, suspending basic democratic rights and providing police with vast powers, utilizing as a pretext the terror attacks in Paris. Melenchon’s party supported the imposition of the state of emergency, which was then extended for two years and used repeatedly against workers and student protests.

No faction of the political establishment defends democratic rights. This extends to all the trade union federations, which have organized no opposition to the “anti-riot” law. The unions, which receive over 90 percent of their funding from the state and employers and perform their assigned role as an industrial police force for the corporations, were explicitly hostile to the “yellow vest” protests at the outset. Laurent Berger, the head of the CFDT, the largest French union federation, has repeatedly called for tougher government measures against “violent” protesters.

Having failed to end the protests through state repression, the unions have shifted to appeals to “merge” the protests with the unions, calling a national “day of action” on Tuesday, in order to gain control over the protests and strangle them.

The new laws—coming after Macron’s recent visit to solidarize himself with Egyptian dictator Abdel Fatah al-Sisi, and his hailing of Vichy head Marechal Pétain as a “great soldier”—underscore the grave dangers confronting the working class in France and internationally. The ruling class, facing a deepening economic breakdown of the capitalist system, responds to the growing movement of workers and young people against war and poverty by building up a police state.