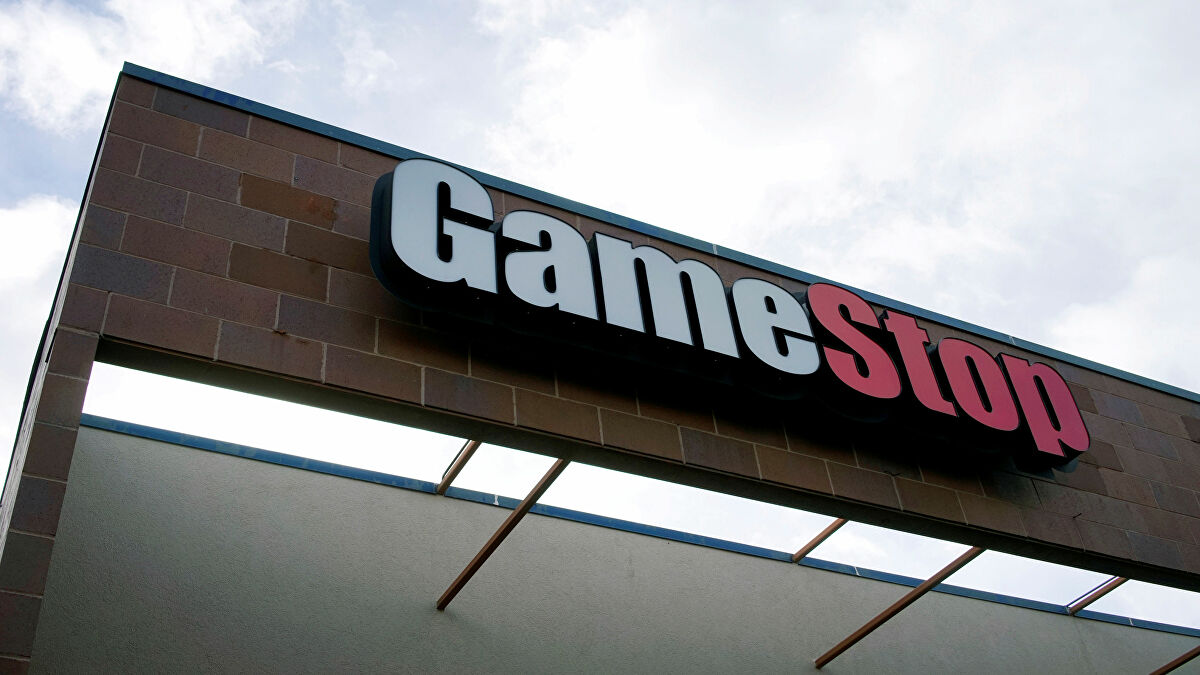 Economic shutdowns in response to COVID-19 pandemic lockdowns have created fertile hunting grounds for Wall Street short-sellers, who bet that what they believe to be overpriced stocks will soon depreciate.

The New York Stock Exchange suffered a poor day on Wednesday, with the Dow Jones Industrial Average sinking by more than 600 points. However, for a select few companies, stock values have gone through the roof.

It was thanks, in large part, to a group of amateur stock traders with a vendetta against veteran corporate insider short-sellers betting on a company’s failure, with the video game store GameStop taking center stage. Before the drama was over, the company’s value had jumped by more than 1,700%, an investment firm had lost billions, and some small-time investors who gambled it all were able to afford some of life’s costlier necessities with their windfall.

GameStop Takes On New Board Members

On January 11, GameStop announced it was adding three figures to its board: Ryan Cohen, the founder of pet food maker Chewy, Inc., and two former colleagues. In November 2020, Cohen told GameStop that his venture capital firm, RC Ventures LLC, had acquired a nearly 10% stake in the company. At the time, that was worth $79 million, according to the Wall Street Journal.

In the letter, Cohen notes that GameStop’s stocks are “one of the most shorted stocks in the entire market, which speaks volumes about investors’ lack of confidence in the current leadership team’s approach.”

In response, he urged GameStop’s owners to bring “the company into the 21st century” by shifting its emphasis from brick-and-mortar stores to online sales and to expand into e-sports, online gaming, and game streaming.

‘The Little Guy Figured Out a Different Way’

That’s when things started to get weird.

A poorly-performing stock suddenly shooting up in value is red meat for the legions of short-sellers on Wall Street – stock traders who buy stocks when they’re high in value, gambling that they can sell them off at a lower value. It’s a dangerous bet. In contrast, someone who buys and holds onto their stock in a company is called a ‘long seller’ or referred to as a person with “diamond hands’.

A loosely affiliated group of stock traders who participate in a subReddit by the of name WallStreetBets on the messaging board Reddit has been able to boost each other’s profits by coordinating a mass-buying of stocks in struggling firms that have otherwise been shorted by institutional investors. Their activities have been enabled by the rise of no-fee trading apps like Robinhood, which has been hailed as “democratizing” the practice of investment. WallStreetBets recently turned its attention to GameStop, which has been beset by short-sellers gambling on the company’s value to drop.

Jaime Rogozinski, the founder of WallStreetBets, told Agence France-Presse that the subReddit group “is able to do what Occupy Wall Street was never able to do but on a completely different angle.”

“Occupy Wall Street was fed up with this saying ‘It’s a game we can’t play, you’re forgetting the little guy.’ Now the little guy figured out a different way around it,” he said.

Anthony Scaramucci, a New York financier who very briefly in 2017 was communications director for the former US president, Donald Trump, tweeted that the recent Gamestop stock play was a “French Revolution of Finance”.

We are witnessing the French Revolution of Finance

Two of the institutional short sellers, Citron Research and Melvin Capital, became the redditors’ primary targets, after Citron tweeted on January 19 that GameStop’s stocks were likely to return to $20 a share “fast” and that people buying stock in the firm “are the suckers at this poker game.”

In response, the WallStreetBets crew began buying up every GameStop stock (GME) they could find, pushing the stock’s value sky-high. On January 22, GME stock surged 50%, followed by a smaller but still eye-opening 18% high on Monday. A colossal 115% rise on Tuesday and nearly another 200% on Wednesday, briefly saw the stock hit an astonishing $347.51 per share at the closing bell. For perspective, that’s a more than 17-fold increase in value since things began on January 11.

At least part of the sudden surge can be blamed on billionaire technology entrepreneur Elon Musk, who tweeted a link to the WallStreetBets subreddit on Tuesday with the message “Gamestonk,” combining the company’s name with an internet meme about stocks that carries the strangely appropriate secondary meaning of referring to a concentrated artillery bombardment.

Both Melvin and Citron were forced to close out of their short positions on GameStop on Wednesday, effectively declaring defeat, the Financial Times reported, noting Melvin alone lost some $3.75 billion in the incident. Citron founder Andrew Left said in a video posted to YouTube on Wednesday that he’d managed to cover nearly all his losses, but was also closing out his “small, manageable position.”

Small independent investors have made away like bandits, though. One Redditor noted that the extra cash had enabled him to afford cancer treatment for his wife. Another said their small investment had yielded enough money to pay for surgery on their beloved bulldog. Another said the extra money would be more than enough to cover his wife’s multiple sclerosis treatment.

Saw a WSB post about someone who threw his entire life savings at GameStop and are now able to pay for cancer treatment for his wife.

So happy for him but it just goes how expensive it is just to survive in this system.

Healthcare should be a right.#MedicareForAll

Cohen has done well, too: going into Wednesday, CNBC reported the episode has increased his wealth by $4 million every hour, with his $76 million stake in GameStop now a $1.3 billion moneybag.

In the end, however, this bubble is certain to burst.

The whole incident has left regulators and brokers frazzled about what to do, with some calling for a temporary halt to trading GameStop’s stocks and others demanding an investigation.

Jacob Frenkel, a former enforcement lawyer with the Securities & Exchange Commission, told AFP the situation warrants a regulatory review. He noted that one way the agency might respond would be with “a trading pause for 10 days to ensure that all investors would have access to accurate and timely information.”

Other experts took a more severe view. Massachusetts Secretary of the Commonwealth William Galvin told CNBC on Wednesday that the independent movement is dangerous because it “creates uncertainty in the marketplace,” calling for a 30-day pause on GameStop trading.

“The marketplace should be a place where risk is taken, but not reckless risk and not a situation that undermines the system and that’s what we’re looking at here,” he said, pointing to the Dot-Com bubble of the late 1990s as another example of the products of uncertain markets.

Psaki on Biden's thoughts about GameStop stonks: "It is a good reminder that the stock market is not the only measure of the health of our economy and it does not reflect how working and middle-class families are doing." pic.twitter.com/xAopMdOcWU

Some brokerage firms have taken matters into their own hands, with TD Ameritrade and Charles Schwab putting trading limits on GameStop stocks, as well as some other stocks targeted by activists, including the AMC movie chain.

White House Press Secretary Jen Psaki indicated the Biden administration’s economic team, headed by newly-minted US Treasury Secretary Janet Yellen, is “monitoring the situation.” Psaki urged reporters to remember that “the stock market isn’t the only measure of the health of our economy.”

US Rep. Alexandria Ocasio-Cortez (D-NY), a self-described democratic socialist, used the incident to criticize the illogical nature of the capitalist system.

“Gotta admit it’s really something to see Wall Streeters with a long history of treating our economy as a casino complain about a message board of posters also treating the market as a casino,” she tweeted on Wednesday afternoon, adding, “Anyways, Tax the Rich.”

Wednesday evening, Discord announced that it had banned the WallStreetBets server for “hate speech, glorifying violence, and spreading misinformation,” adding, “we did not ban this server due to financial fraud related to GameStop or other stocks.”

Shortly after Discord’s move, the WallStreetBets (WSB) subreddit was set by the moderators to private. Attempting to navigate to the forum yields the message: “We are experiencing technical difficulties based on unprecedented scale as a result of the newfound interest in WSB. We are unable to ensure Reddit’s content policy and the WSB rules are enforceable without a technology platform that can support automation of this enforcement. WSB will be back.”

However, some claimed that Discord’s move was politically motivated. Shadowproof journalist Kevin Gosztola tweeted that he believed Discord was “engaging in censorship to protect hedge fund firms from losing billions over risky short bets.”

“Andrew, Citron, Melvin Capital, CNBC pundits, and others do not like the ‘Eat the Rich’ vibes that have come to define WSB’s speculation,” Gosztola added. “They’re out for revenge against any working or middle class person who made a bet to try and increase their income just a little bit.”