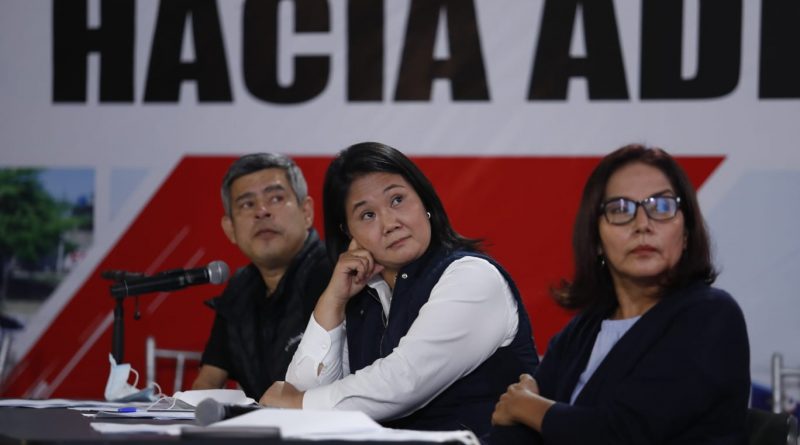 Now, she has everything to lose.

Peru’s far-right presidential candidate Keiko Fujimori is making allegations of electoral fraud, as leftist candidate Pedro Castillo has maintained the lead in the official count. This is not the first time she’s made unsubstantiated claims, however there is far more at stake for Keiko in this election.

Today’s sequence of events have been remarkably similar to the presidential election in 2016, in which Keiko Fujimori also failed in the second round run-off, at that time against liberal candidate Pedro Pablo Kuczynski. Like in this election, exit polls showed Fujimori ahead by a tiny margin within a statistical margin of error. Once the votes were counted, that small lead was reversed to deliver a narrow victory to her opponent.

In 2016, an exit poll by CPI gave Fujimori 51.10% and Kuczynski 48.90%. The final result was 50.12% for Kuczynski and 49.88% for Fujimori. Numerous allegations were made by the Fujimori camp that the election had been stolen, a view which was not shared by any electoral observer missions.

To this day, she maintains her suspicions about that election. In an interview during the first round campaign, in February of this year, she stated; “If the difference is 40,000 votes, less than the number of people who enter the National Stadium, one may have certain doubts”.

She says that it was a mistake of hers to not call for a recount at the time, adding; “Our leadership, our supporters, our candidates and our congressmen were opposed to me recognizing the results. They demanded marches, they demanded that I raise my voice about possible fraud, and make complaints. In my view, I think it was right to demobilize our supporters. I gave an express order that no mobilization be made (..) Many from my party did not recognize the results, but they were forced by me to accept that PPK is President”.

The circumstances in which she is currently losing may be the same as those of 2016, but the stakes are not. Pedro Castillo presents an ideological and systematic challenge to the status quo in a way that Kuzcynski did not. Furthermore, after 2016, she lost but became the country’s leading opposition leader. This time, Fujimori could face personal ruin if she does not assume the presidency.

One of her campaign promises is to pardon her 82 year old father, currently in jail for crimes committed during his period as dictator in the 1990s. If she is not able to now, he will almost certainly die behind bars. Keiko herself is being charged in Peru’s courts for corruption and money laundering, including for receiving bribes from the disgraced Brazilian company Odebrecht. She is banned from leaving the country and a judge has called for a 30 year jail sentence as recently as March.

If Fujimori does not gain the protection of executive power, she may spend the rest of her life behind bars. Her father certainly will.