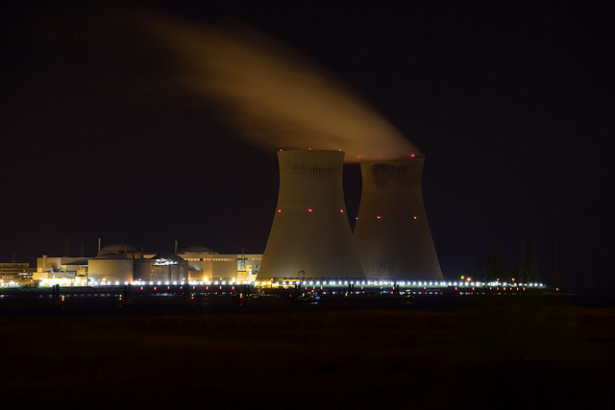 (EnviroNews DC News Bureau) — Editor’s Note: The following news piece represents the sixth in a 15-part mini-series titled, Nuclear Power in Our World Today, featuring nuclear authority, engineer and whistleblower Arnie Gundersen. The EnviroNews USA special encompasses a wide span of topics, ranging from Manhattan-era madness to the continuously-unfolding crisis on the ground at Fukushima Daiichi in eastern Japan. The transcript is as follows:

Arnie Gundersen: When Maggie and I were walking one day in February [a month] before the [Fukushima] accident, she said to me, “Where is the next accident going to be?” And I said, “I don’t know where, but I know it’s going to be in a Mark 1 reactor.” And, I’m not alone. It’s not like I was clairvoyant. The Nuclear Regulatory Commission had a report that they published in 1982, and they said there was an 85 percent chance, if there was a meltdown in a Mark 1 reactor, that the containment would explode. The writing was on the wall.

Emerson Urry: How many of these things are still out there in operation today?

To the people whose homes and lives were taken from them by this almighty tidal wave, it made no difference if the water came from a bursting dam or levee, an overflowing river, or from the sea. It probably just doesn’t make much difference at the point where either your home, or yourself or your children, are floating away to their demise. Likewise, it will make absolutely no difference where the waters come from if, or when, they end up submerging a nuclear power plant again in the future.

The lurking and looming danger of another flood overtaking a nuclear reactor is the topic of conversation in this episode. To delve more deeply into that issue, here’s nuclear expert and former power plant operator Arnie Gundersen – again with EnviroNews USA Editor-in-Chief Emerson Urry. Take a listen.

Urry: And on that topic of the Mark 1, and some of the dangers there, nuclear power is more prevalent on the East Coast in this country than the western side – could we have… what if we had one of these big tsunamis like happened to Indonesia, and it happened on the East Coast? Do we have multiple nuclear power plants in the line of fire of such an event, and what could happen in a situation like that? Is that something that is ever even talked about, or that they plan for, or think about at all?

Gundersen: Well, it doesn’t have to be a tsunami to cause the same kind of accident we had at Fukushima Daiichi. There’s a power plant called the Oconee — and it’s just three of them, and they are downstream from a huge dam — and if the dam fails, you’ve got an inland tsunami. There was a plant out in… the Fort Calhoun plant near Omaha – the pictures from about three years ago show it completely surrounded because the river flooded. There were six upstream dams and if one of them had failed, they all would have cascaded, and we would have had not a nuclear power plant, but a nuclear submarine. So, these problems don’t require a sea-wave to come in and knock them out. There’s 39 plants at risk of upstream dam failures. That’s just one example of [how] the NRC has, not only hidden that report, but when two people on the NRC brought that report out anyway, those two people were investigated by the cops. It doesn’t pay to be honest with the Nuclear Regulatory Commission.

Urry: Have we been pretty lucky so far?

Gundersen: Yes. We’ve been extraordinarily lucky. [The] Union of Concerned Scientists writes a report every year about all the near misses, and they have no trouble filling a couple hundred pages, every year, of near misses.

Cunnings: Well, there you have it. These risks are there and they are all too real. The question is: how many catastrophic nuclear disasters does humanity need to get the point? And how severe do these catastrophes need to be for humans to understand?

It’s important to remember that because Mikhail Gorbachev made the incredibly difficult decision to throw about 600,000 men directly at Chernobyl’s ground zero – and due to the incredibly heroic and deadly work performed by those brave young men and soldiers, only about four percent of what could have been released from Chernobyl, was actually released – and even that wreaked untold devastation.

How many nuclear disasters must the world undergo, and what must the severity be, in order for humanity to change its ways?

One thing that’s almost certain is if you play with fire long enough you will get burned. Sadly, humans often suffer a form of collective amnesia regarding the severity of these disasters. Hopefully, over time, and with more good reporting and educational programming, that will change.

Join us tomorrow when we ask the question: what is America’s worst-ever nuclear disaster? Think you already know what it is? The answer to that question may very well surprise you.

From the EnviroNews USA news desk, this is John Cunnings. Thank you for joining us, and good night.