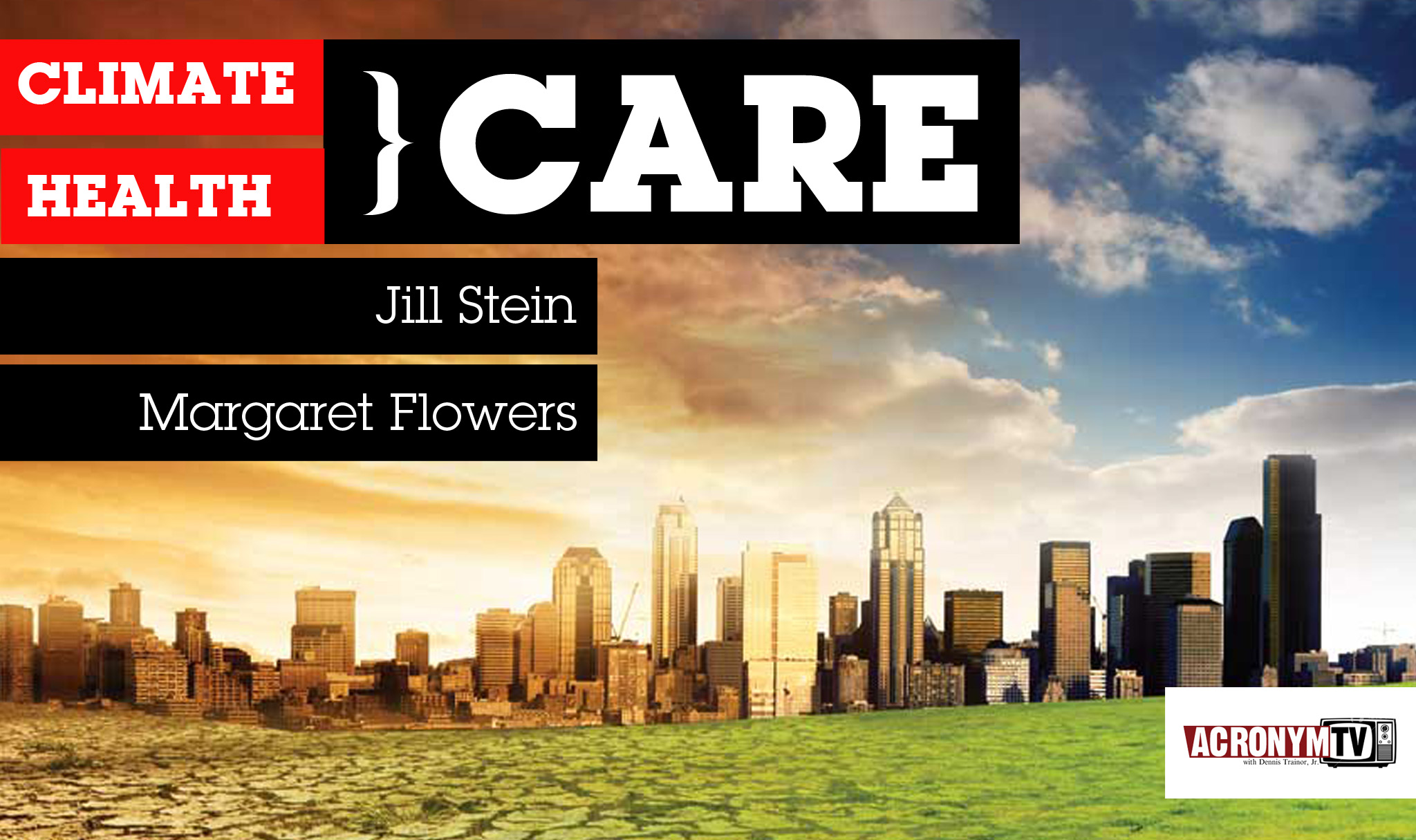 Dennis talks with Dr. Jill Stein, President of the Green Shadow Cabinet about the recently published U.N. Intergovernmental Panel on Climate Change’s (IPCC) fifth assessment on climate change. The findings, combined with the overwhelming consensus of the scientific community, paint a picture of humanity committing a collective genocide and ecocide. The end of civilization scenarios, once projected for your grandchildren’s grandchildren are now a reality for anyone ho plans to be alive in 2050.

“The IPCC has finally stepped up to the plate in saying what we are up against,” says Dr. Stein, “but they have not begin to step up to the plate, in fact they are really not qualified to say how we fix this. The IPCC is not calling for radical transformation. They have yelled, ‘fire!’ and come out with a squirt gun. What they are calling for is not what we need.”

In the second half of the show, Dennis sits down with Dr. Margret Flowers.

Recently, Dr. Flowers initiated an online petition declaring herself a consciences objector to the Affordable Care Act and asking others to send a message to President Obama that the ACA is a scam.

“The most important conversation we should be having right now in the United States is not how many people are insured,” says Dr. Flowers “knowing that insurance is not protective, it’s: do we want to continue to treat healthcare as a commodity where people only get what they can afford, or do we want to join the rest of the industrialized nations in the world and treat healthcare as a public good and create a system where people can get what they need.”

Bios:
Dr. Jill Stein (@DrJillStein) is a mother, physician, longtime teacher of internal medicine, and pioneering environmental-health advocate. She was the 2012 Green Party presidential nominee and current president of the Green Shadow Cabinet. She is also an initiator behind the Global Climate Convergence, which is an education and direct action campaign running from Mother Earth Day to May Day. It seeks to build collaboration across national borders and fronts of struggle to harness the transformative power we already possess as a thousand separate movements springing up across the planet.

Dr. Margaret Flowers (MFlowers8) is a pediatrician from Baltimore who is an organizer at PopularResistance.org, co-directs ItsOurEconomy.us and co-hosts Clearing the FOG on We Act Radio. She is adviser to the board of Physicians for a National Health Program and is on the steering committee of the Maryland Health Care is a Human Right campaign.

Dennis Trainor, Jr. (@DennisTrainorJr) is a writer, host and producer. His documentary on the Occupy movement, American Autumn: an Occudoc, garnered critical praise from The New York Times, Variety, The Hollywood Reporter and more.  He also wrote and directed Legalize Democracy, a documentary short about the Movement To Amend the Constitution. Trainor was an embedded YouTube personality/media advisor on the staff of Dennis Kucinich’s 2008 presidential campaign and his work is regularly published on The Huffington Post, Truth Out, The Real New Network, Popular Resistance and several others.

This episode of Acronym TV was filmed at The Real News Network in Baltimore, MD.