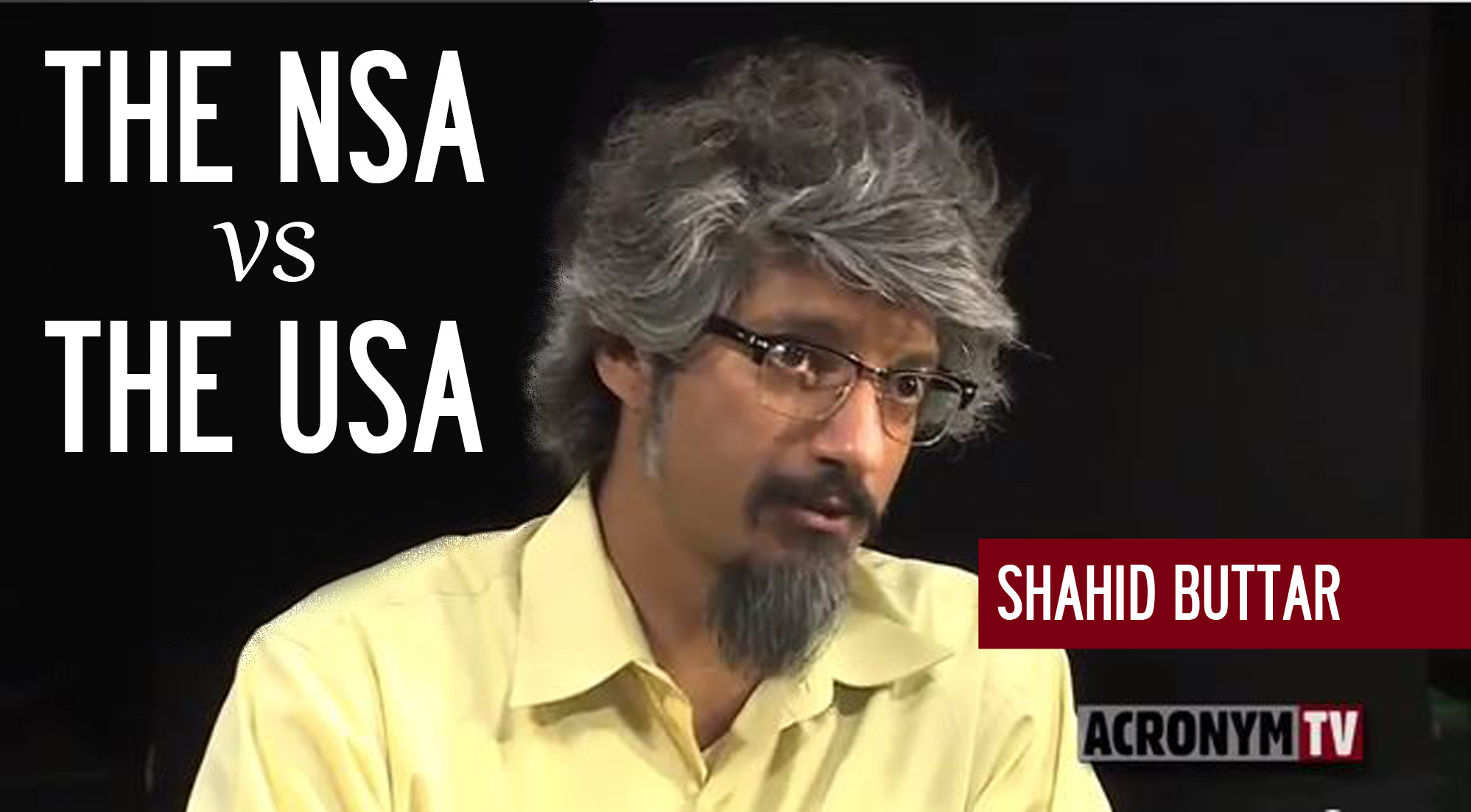 Shahid Buttar, the Executive Director of The Bill of Rights Defense Committee, and Kevin Zeese of Popular Resistance sit down with host Dennis Trainor, Jr. in this episode of Acronym TV to discuss, among other things:

The Utility of the NSA | The 4th Amendment | Edward Snowden | The Espionage Act | Why the MSM treats Glenn Greenwald as a criminal | An update on Chelsea Manning | The Reset the Net Campaign | The Criminalization of Dissent | The Campaign to cut off Water to the NSA | and we ask the question: In what significant ways is President Obama different than the Straussian, noble liars that preceded him?

Also, you will want to stick around for part two of the show to see Shahid perform the lyrics for his new house track called The NSA Vs. The USA.

Episode introduction:
The Pulitzer Prize for public service, among the most prestigious awards in journalism, was awarded to The Washington Post and Guardian U.S. for their articles based on National Security Agency documents leaked by the former government contractor Edward Snowden. Snowden released astatement, which read in part: (The Pulitzer decision) “is a vindication for everyone who believes that the public has a role in government. We owe it to the efforts of the brave reporters and their colleagues who kept working in the face of extraordinary intimidation, including the forced destruction of journalistic materials, the inappropriate use of terrorism laws, and so many other means of pressure to get them to stop what the world now recognizes was work of vital public importance.”

In stark contrast to the work of vital public important is the overwhelming majority of content produced by the main stream media; one that demonizes anyone who questions the right and might of the American Empire to do whatever it deems necessary to expand its imperial reach by any means necessary.

Guests on this episode of Acronym TV with Dennis Trainor, Jr.:

Shahid Buttar is the Executive Director of the Bill of Rights Defense Committee, a 2003 graduate of Stanford Law School, and has appeared in media outlets including the Intercept, the Guardian, the Washington Post, CNN, FOX News, Al-Jazeera and the Baltimore Sun. He spoke about NSA spying at Johns Hopkins recently to a packed audience organized by the Hopkins human rights working group and the New Political Society.

Kevin Zeese is an attorney and political activist who works on peace, economic justice, criminal law reform and reviving American democracy. He co Directs It’s Our Economy, serves on the steering committees of the Chelsea Manning Support Network, and is an organizer atPopularResistance.org.
(Disclosure – Acronym TV receives partial financial support from Popular Resistance.)

Dennis Trainor, Jr. is a writer, filmmaker, producer, and activist. His documentary on the Occupy movement, American Autumn: an Occudoc, garnered critical praise from The New York Times, Variety, The Hollywood Reporter and more.  He also wrote and directed Legalize Democracy, a documentary short about the Movement To Amend the Constitution. Trainor was an embedded YouTube personality/media advisor on the staff of Dennis Kucinich’s 2008 presidential campaign and his work is regularly published on The Huffington Post, Truth Out, The Real New Network, Popular Resistance and several others. 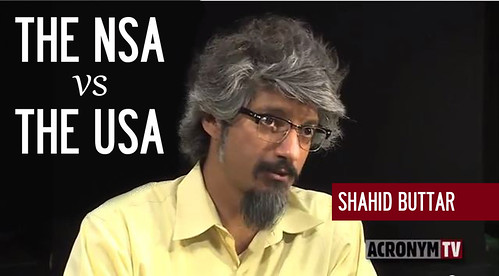