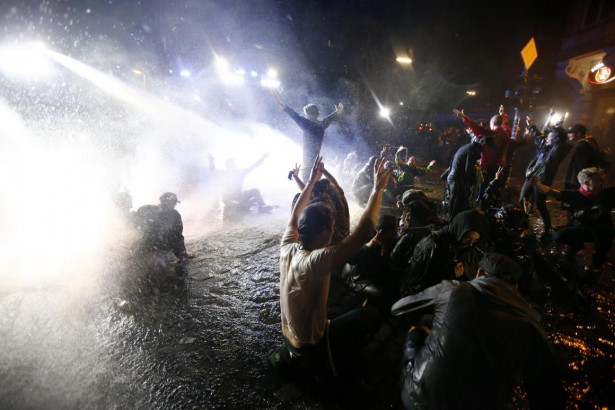 G20 Protestors Call For An Alternative To The Neoliberal Order

Above Photo: Protesters show V-signs and shout slogans as German police use water cannon during the demonstration at the G20 summit in Hamburg, Germany, July 8, 2017. Credit: Reuters/Fabrizio Bensch

South African activist Patrick Bond says beyond the media focus on burning cars in Hamburg, tens of thousands of protestors called for the G20 to adopt policies that tackle inequality and climate change