Presented by Art Forces, the Estria Foundation and NorCal Friends of Sabeel, the Oakland Palestine Solidarity Mural is a monumental work of public art located in Uptown Oakland on 26th Street between Telegraph and Broadway. The mural pays homage to the history of Bay Area public art and expresses solidarity with Palestinians as bombs continue to fall on Gaza. 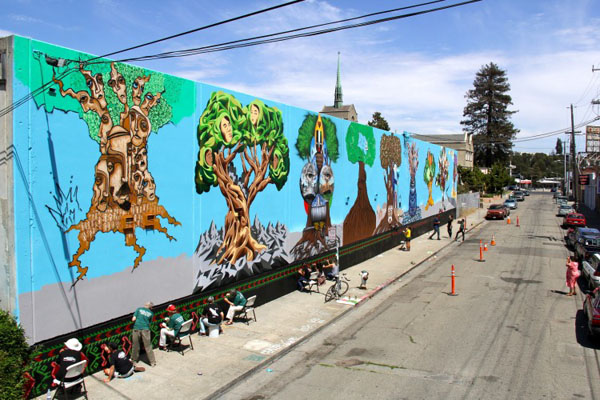 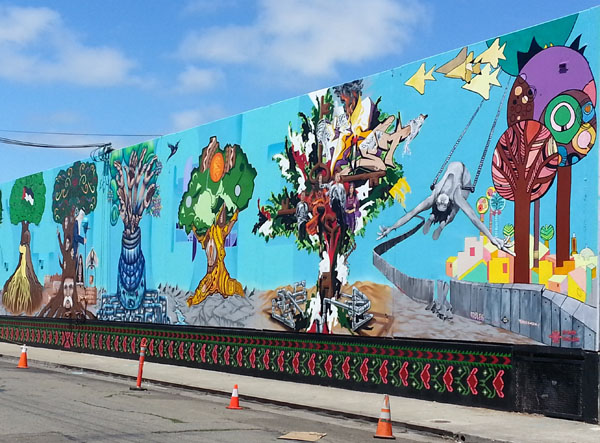 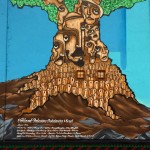 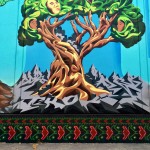 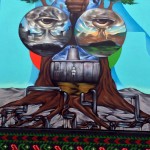 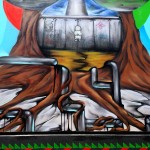 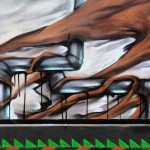 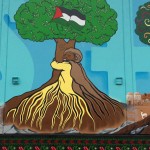 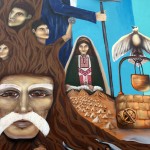 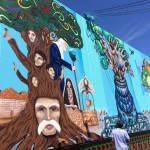 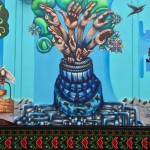 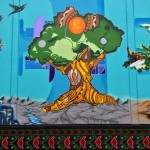 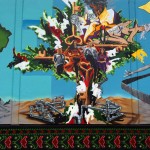 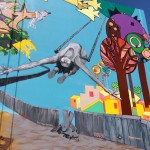 The Oakland Palestine Solidarity Mural adopts the image of the tree as a central motif and global visual signifier to link seemingly disparate issues and distant locations. Spanning 157 feet and reaching 22 feet high, the mural is comprised of nine separate panels, where each artist or team of artists has painted his or her own interpretation of a tree to address social and political issues. Read more here and here.

These issues include the shared histories of colonization, environmental exploitation, internal exile of indigenous peoples, resilience and resistance to these injustices… 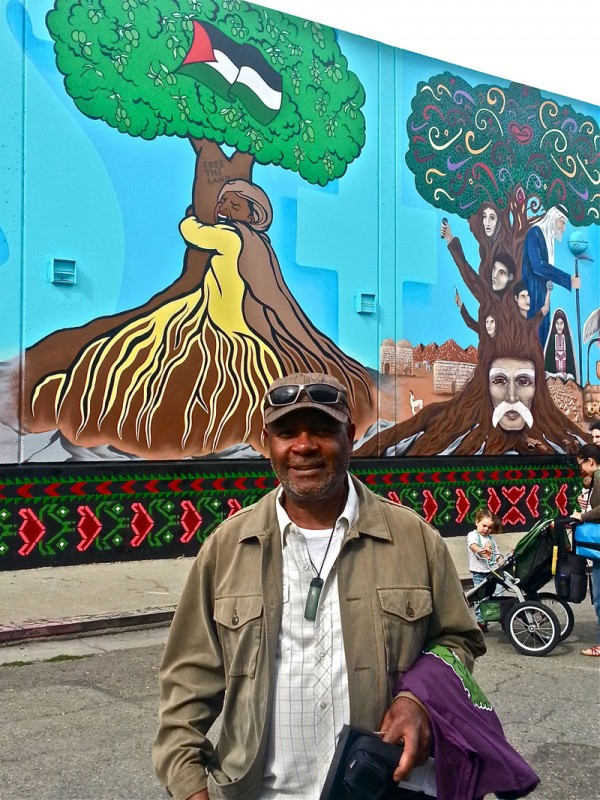 Emory Douglas, Minister of Culture for the Black Panther Party, in front of the panel he contributed to the mural. (Photo: Henry Norr)

An audiovisual program is being developed to amplify the mural’s themes and provide easy access to historical and narrative information for visitors who want to hear from the artists about each work and the project as a whole. When completed, visitors to the mural will be able to ‘call the wall’ as well as access and engage with a website that will provide contextual and historical information.