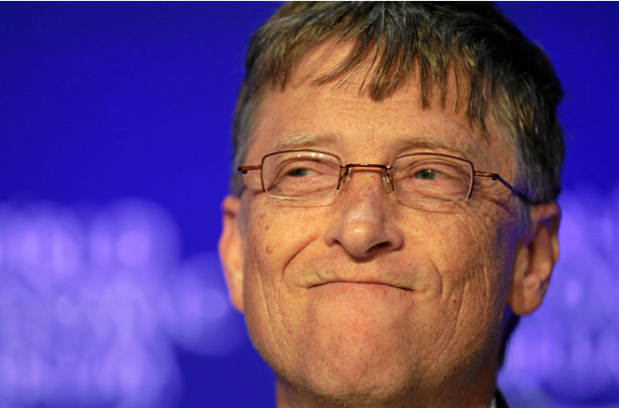 Above Photo: Courtesy of Wikimedia.org.

BOSTON – A lawsuit that aims to prevent Massachusetts voters from weighing in on the controversial Common Core educational standards has backing from people connected to the Bill and Melinda Gates Foundation, a major sponsor of Common Core.

In 2007, prior to the implementation of Common Core, Massachusetts was the highest-achieving state in the country.  Opponents of Common Core, an unusually bi-partisan group of parents, teachers, education specialists, conservative activists, and anti-testing activists, say that after the state adopted the federally backed standards in 2010, Massachusetts achievement levels started to decline.

End Common Core Massachusetts, the citizens group behind the ballot question, earlier this year garnered enough signatures to advance the measure.  But on Jan. 22, ten plaintiffs sued to stop the question from reaching the voters. Plaintiffs include William Walczak who is a director of the Alliance, and Jack Dill, who is on its advisory council.

At the top of the list of plaintiffs is Stephanie Gray, the president of the state Parent Teacher Association. Asked Friday why her name was placed in the lead, Gray said the alliance asked her to take that role.

“They asked and I said yes,” she said. “I really feel passionate about this.”

Gray said she thinks the Alliance plays a critical coordination role in the legal action.

“It’s always hard as parents and teachers for us to sometimes come together and move things forward,” Gray said.

Linda Noonan, the executive director of the alliance, wasn’t available for comment Friday, according to an assistant, who said Noonan was traveling.

Gray said that preventing the question from appearing on the ballot this fall is in the best interests of taxpayers.

“Putting into place a ballot initiative people don’t understand is not a good use of funding or time,” Gray said. “I know it will cost my school district a lot of time and money,” she said, referring to the consequences of a voter-mandated reversal that forces schools to revert to pre-2010 standards.

Gray said people she speaks with frequently misunderstand Common Core and mistakenly believe it calls for a complete curriculum overhaul.

“The standard says by such-and-such grade the child should be able to do X-Y-Z,” Gray said. “The standards are just that – standards; how the districts get to that standard up to them.”

But Sandra Stotsky, a former senior associate commissioner for the state Department of Elementary and Secondary Education, who helped draft the state’s pre-Common Core standards, has argued that the Common Core standards are simply inferior, noting that Common Core requires less math than students need to continue the study of mathematics in college and reduces the amount of literature taught in public school in favor of more informational texts.

Reached by phone on Friday, Stotsky said that she had been prepared to testify on Beacon Hill Monday in favor of the ballot question at a legislative hearing. A snowstorm postponed the event, however, and a make-up date has not yet been announced.

Stotsky, who was involved in the petition effort, said she doubts that Healey’s office made a mistake in approving the petition language last September.

The lawsuit seeks to keep the Common Core question from reaching the November ballot on the ground that it “is not in the proper form for submission to the people,” that it contains subjects that “are not related or mutually dependent.”

But Healey’s review of the question found it met requirements for inclusion on the ballot.

“We certify ballot initiatives based on the law, to see if they meet certain constitutional requirements,” Emalie Gainey, a spokeswoman for the attorney general, said in a statement last month. At the same time, she said, the office doesn’t take an adversarial approach to those who contest certifications.

“We work cooperatively with parties who wish to challenge our rulings,” Gainey said. “The most important thing is to get the right result.”

Asked about the Alliance’s involvement in the lawsuit, Stotsky said she believes voters should get the chance to have their say on the question in November.

“I think it’s despicable for the wealthy people to fund the silencing of parents and teachers’ voices,” she said.

Lawyers representing the plaintiffs work for Foley Hoag, a Boston-based firm with offices in New York, Paris and Washington. According to a January 2015 Boston Business Journal report, partners at Foley Hoag charge an average of $670 an hour.

Kevin Conroy, the lead lawyer for the plaintiffs, didn’t immediately respond to a request for comment Friday.

In addition to Healey, the lawsuit also names Secretary of State William Galvin as a defendant. Neither had responded to the complaint as of Friday.