The prime minister resigned over the nationwide protests, catapulting a 34-year-old woman into Finland’s top job.

Finland now has the youngest prime minister in the world, 34-year-old Sanna Marin. The Social Democrat was catapulted into power when her predecessor, Antti Rinne, was forced to resign after a postal worker dispute escalated into a nationwide general strike.

Rinne’s downfall was shockingly rapid. At the end of August, the government proposed changes to the classification of around 700 workers in the postal service, known as Posti. The proposal was to shift 700 Posti employees working in packaging and e-commerce shipping into a separate collective bargaining unit. That move would’ve cut their pay by 30 percent to 50 percent.

In response, the Postal and Logistics Union went on strike on November 11. Two weeks later, solidarity strikes from unions in other industries shut the nation down, as flights, ferries, and other services halted. Polling from the Finnish magazine Maaseudun Tulevaisuus also showed that around 60 percent of the general public sided with the workers — despite the disruption to their daily lives. UNI Global Union, an international umbrella for service sector unions, also supported the strikers.

Two days later, the postal workers reached an agreement with the government that protected their pay. But the public backlash to the bungled pay cut proposal was too much for the prime minister to overcome. Rinne resigned on December 3. 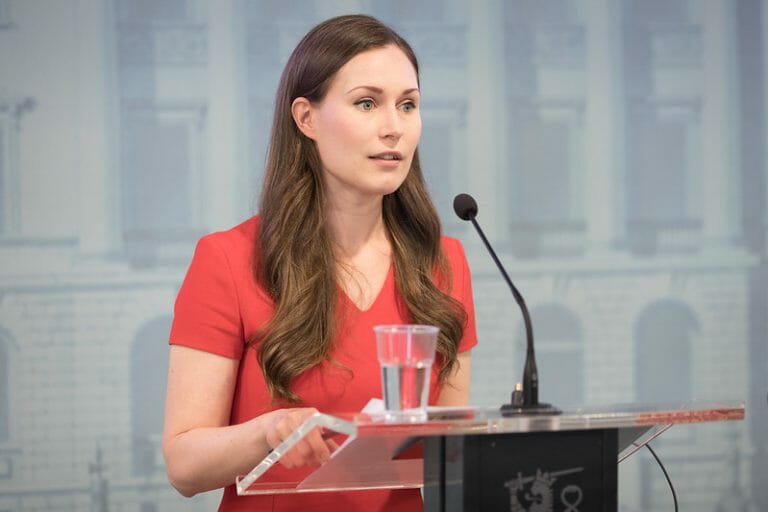 All this high drama in Finland comes as postal workers are under similar attacks in the United States. A postal task force commissioned by President Trump issued a report last year supporting a variety of cuts that mirror the suggestion by Posti management, including scapegoating unions, restricting collective bargaining rights, and reducing pay. They also proposed cuts that would hit postal customers, including reducing delivery service to just five days a week, shutting down many more rural post offices, and allowing more “cluster boxes” to reduce door-to-door delivery.

As in Finland, the U.S. public is also strongly supportive of the United States Postal Service. It is consistently rated as the most popular government agency, with 74 percent support in 2017. But if Americans want to ensure that the postal service continues to not only survive, but also thrive, they need to do more to defend it — and the unions that represent postal workers.

LEARN MORE IN OUR REPORT

How Congress Manufactured a Postal Crisis

U.S. postal workers won the right to bargain over wages in 1970, when they went on strike, and, as in Finland, forced the government to make concessions. At first, the Nixon administration attempted to fill their jobs with scabs — with disastrous results. The right to bargain collectively has helped ensure that the postal service would be a path to the middle class, particularly for African Americans. Today, this vital public service and these middle class jobs are under attack.

One important step is to push Congress to support legislation that would lift a financial burden on the postal service that no other government agency or corporation faces — the mandate to pre-fund their retiree health benefits 75 years in advance. This mandate has led to the large reported “losses” that are at the root of the manufactured postal “financial crisis.” A House bill to repeal this harmful mandate, the USPS Fairness Act (H.R. 2382), has nearly 300 bipartisan co-sponsors but has not yet received a floor vote.

We should also support expansion of postal financial services, which would bring in additional revenue while helping the millions of underbanked people.

Let the strikes in Finland be not just an inspiration for the United States, but a warning for our leaders: threaten our public postal service at your peril.