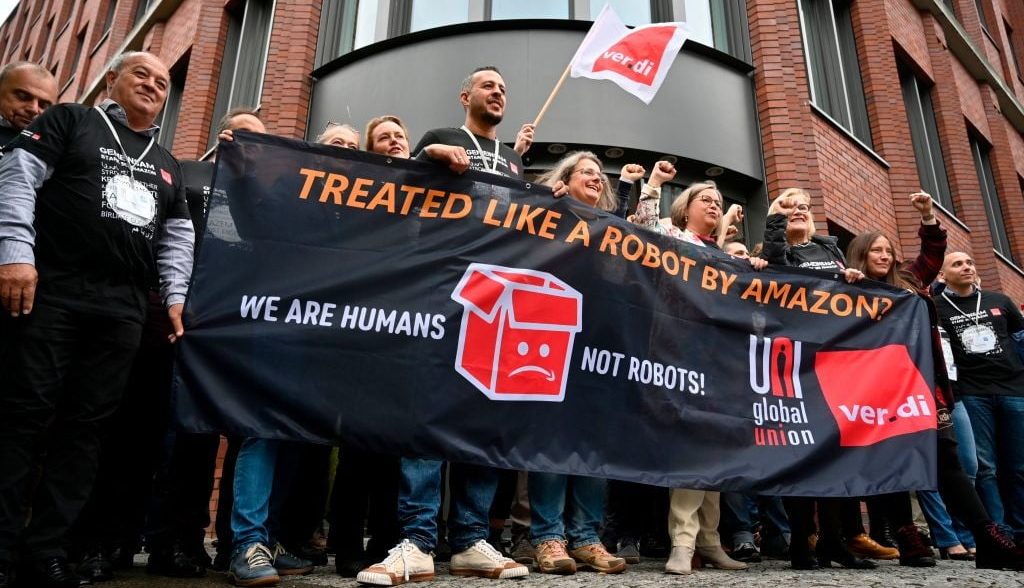 One of Germany’s biggest trade unions has called strikes at seven branches of online retailer Amazon.

Germany is Amazon’s second-biggest market behind the United States, where the company is headquartered.

The German trade union Verdi on Monday launched strikes at seven Amazon locations across the country, with up to 2,500 workers demanding higher wages and better protection of their personal data.

A Verdi spokesman said strikes were underway at the two distribution centers in Bad Hersfeld as well as in Koblenz, Leipzig, Rheinberg, Graben and Werne. Some strikes would last several days, he said.

Amazon has 17 distribution sites across the country.

What do the strikers want?

The trade union has been trying for almost 10 years to force Amazon to pay workers according to the going rates for retail and mail-order workers.

Amazon has persisted in paying them as logistics services providers.

In addition, workers are demanding information about personal data about them that has possibly been recorded by the company.

The union on Monday highlighted what it called “the growing international solidarity of Amazon employees,” pointing out that Amazon workers in France also went on strike for more pay last month.

In the US, where the company has come under fierce criticism for its treatment of workers, employees at an Amazon warehouse in Staten Island in New York state voted at the end of March in favor of joining the Amazon Labor Union (ALU), becoming the first unionized Amazon workers in the country.

What does Amazon say?

Amazon has said that it did not expect the strikes to have an effect on its customer services.

The company has insisted it is a good employer even without a collective agreement in place.

In view of this latest round of strikes, Amazon praised its “attractive jobs with good prospects.”