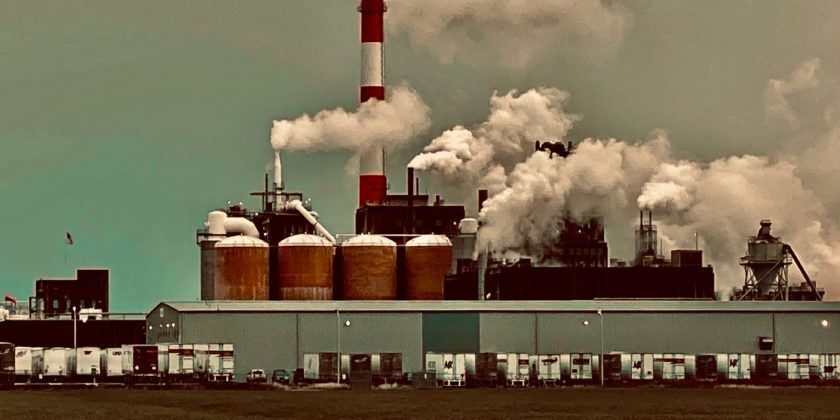 The United Nations COP26 Glasgow Climate Pact signed on November 14 is another confirmation of what we learned in Durban in 2011, at the 17th UN climate summit. As expressed by Indigenous activist Ta’Kaiya Blaney (from the Tla A’min Nation in western Canada): ‘COP26 is a performance. It is an illusion constructed to save the capitalist economy rooted in resource extraction and colonialism.’

Swedish youth leader Greta Thunberg was also clear: ‘The COP26 is over. Here’s a brief summary: Blah, Blah, Blah. But the real work continues outside these halls. And we will never give up, ever.’

The climate activists are not being critical just for the sake of it. These half-dozen concrete demands were what we believe the Glasgow COP26 could have delivered – but didn’t:

Leave fossil fuels underground: compel owners or managers of oil, gas and coal reserves to cease new exploration (and most current extraction), simultaneously revalue their ‘unburnable carbon’ accordingly – to be accounted as ‘stranded assets’ – and end trillions of dollars worth of annual government fossil fuel subsidies;

Finance planetary and social survival: apply carbon taxation and pricing judiciously (not with regressive results, such as the taxes revolted against by working-class French and Ecuadoreans in 2018-19), dispense with failed emissions trading and offset gimmickry, replace debt-based finance with grants, and honour historical responsibilities for the ‘climate debt’ that large emitters owe so as to fully cover ‘loss and damage’ reparations, costs of climate-proofing adaptation and resilience, and compensation for the low-emissions countries’ use of carbon space now precluded from being utilised, thanks to high-emitter overuse.

This year, unlike others, the Glasgow summit did give some lip service to a few of these. But they were tokenistic mentions, without substance. Most such demands are considered outside the realm of reasonable discourse in the hallowed halls of the Conference of Polluters.

So it was typical, at the last moment, that an unholy alliance of the U.S., China and India pushed for ‘phase down’ – not ‘phase out’ – language on coal, a stance supported by South Africa’s delegates. The imperial-subimperial alliance in these UN Conferences of Polluters is the most debilitating combination of state powers in world history.

Another example is the much-celebrated finance deal that South Africa’s power utility Eskom arranged with the U.S., UK, Germany and France: $8.5 billion in additional debt that its chief executive, Andre de Ruyter, wants to impose on future generations. The money will go, in part, to convert some power plants from coal-to-renewable energy, but also coal-to-methane, increasing our reliance upon imports from the war-riddled Mozambique gas fields.

What the imperial powers making these new ‘concessional’ (slightly lower-interest) loans – yet inappropriately in hard currency, hence more expensive as our Rand declines – want most is repayment of Eskom’s $25 billion in ‘Odious Debt’: the 2010s loans for coal-fired power plants Medupi and Kusile even though boiler-maker Hitachi’s blatant corruption of the African National Congress was well known to lenders like the World Bank, BRICS New Development Bank and the West’s export-credit agencies.

The global climate justice movement dates to the early 1990s when activists fighting environmental racism and contesting inherited foreign debt teamed up in sites like North Carolina and Quito, Ecuador. At the 2002 Johannesburg World Summit on Sustainable Development protests, and again in 2004 at the Durban Group for Climate Justice conference, South Africans have been intimately involved in movement building.

We were initially prodded into climate consciousness by the great poet and Durban resident Dennis Brutus (1924-2009), by Sajida Khan (1958-2007) who died fighting a ‘Clean Development Mechanism’ fund at Durban’s Bisasar Road Landfill, and by Durban-born international leader Kumi Naidoo, who headed Greenpeace International.

We have learned more about the combination of villain and victim status in KwaZulu-Natal province:

South Africa’s oil, gas, petrochemicals, fertilizers, coal and many other extractive-industry ‘Minerals-Energy Complex’ activities must be rethought – and in the process, a genuine Just Transition for workers is essential. One reason is that any full-cost accounting would render these investments as uneconomic, because there are enormous levels of harmful hidden subsidies.

The International Monetary Fund (IMF) issued a report on such subsidies in September. Although the institution is notoriously unreliable (with a Managing Director who was recently found guilty in an internal World Bank investigation of manipulating data on behalf of China), it conservatively estimates that $50.6 billion of annual fossil fuel subsidies are provided by South Africa. This occurs in part through allowing local pollution to kill thousands, and in part because the cost of greenhouse gas emissions is $60 per tonne, the IMF reckons.

Yet this is a vast underestimate, because recent peer-reviewed research on the Social Cost of Carbon suggests a much higher amount of damage, given climate-destructive feedback loops not previously factored in. As University College London’s research office summarised, ‘when taking more robust climate science and updated models into account, this new study suggests that the economic damage could in fact be over $3,000 (R56 000) per tonne of CO2.’

Because the South African economy emits more than 500 million tons annually, the full cost of local capitalism is actually more than three times the Gross Domestic Product, using this new measure. Our elites are racking up a massive climate debt to future generations, to the African continent where we have massively overpolluted, and to poor people in places like South Durban who have been climate-catastrophe victims.

Given minimalist climate ‘adaptation’ policies in Durban and down the South Coast – such as rudimentary stormwater drainage and flood protection – at least 71 people died in that storm. The dead were mainly women and children, including many trying to shelter within poorly-built municipal-planned houses that collapsed or shacks that fell into swollen rivers.

The Durban municipality’s accounting of the physical losses to housing alone – not mentioning the priceless lives lost – was $43 million, but only $6 million was delivered to victims (not including the city’s notorious corruption). Thousands hit hard by the rain bomb were never compensated, even though the Global North (including within South Africa) did the damage.

The ability of capitalism to sneak out of what should be ‘climate reparations’ – i.e., restitution mandated by so-called ‘polluters pay’ principles – was again on display in Glasgow. To be sure, there was slightly better Glasgow Climate Pact language this year on ‘Loss and Damage’, and rhetorical acknowledgment of rich-country failure to compensate poor countries (even the inadequate $100 billion annual payment promised in 2009).

But the major financing problem remains the climate-debt default stance of the United States and European Union. As Biden Administration climate negotiator John Kerry put it as Glasgow got underway, ‘Obviously, the United States remains concerned about not opening up some legal track with respect to liability, and we don’t intend to do that.’

In that case, like Blaney and so many others, we don’t intend to offer any legitimacy to the Conference of Polluters. And we know, as Thunberg argues, we must redouble our efforts to do real work: halt the polluters as we see them at the coalfaces here in South Africa, and start Just Transition planning and so many other climate-emergency responses, from the grassroots, powered by the values of justice.