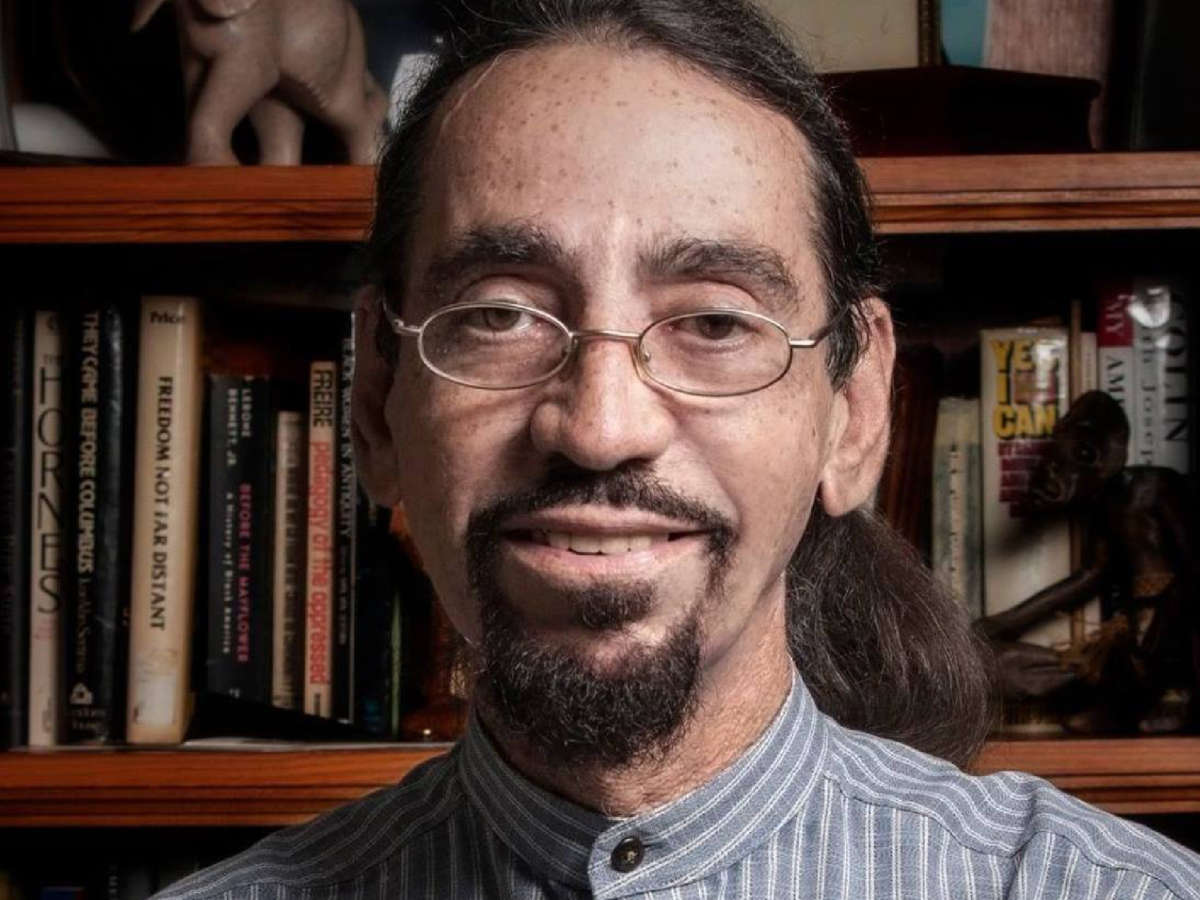 The brilliant writer was also a dear friend and mentor.

Glen was a man whose voice thundered with the passion of justice, his keen eyes intensified by those round glasses that sat on the bridge of his strong nose right in front of his daunting intelligence, his word mastery and their unveiling of perceptions he gleaned from having been wounded by a culture bent against his people, against him personally, as when it deployed hitmen against his life’s work. It was a confirmation that he was on the right track when he and the Black Agenda Report family made the government’s blacklist of subversive publications. So there was anger. And clarity. And passion that combined to make Glen more than a little intimidating. There was his work ethic. His unrelenting discipline. His body of work. His insistence on excellence. His wry sense of humor—that would catch one off guard—and his deep and unconditional love for Black people.

I learned about Glen before I met him. I was at a low point in my life. As a senior advisor at the Environmental Protection Agency (EPA), I had blown the whistle on U.S. complicity in the deaths of South African vanadium mine workers. And the U.S. was retaliating. I was receiving death threats; there were attacks on my family and job; my daughter was nearly kidnapped. Isolated and depressed, I was looking for relief. And that’s when Black Agenda Report came into my life. Reading Glen Ford, Bruce Dixon, and Margaret Kimberley was like long draws of oxygen. I savored their new contributions every Wednesday. Then I finally found the courage to write to Glen—and shared what I was going through. He wrote back immediately and invited me to meet him during his next visit to Washington, DC.

So when I met Glen, all of these—his reputation, his voice, his intensity—coupled with my own insecurities huddled around us during our eyes’ first contact. There was an awkwardness both my own and his that felt aloof in a way that surprised me: we shared the same passions. We fought the same demons. We sought the same solutions. And we bridged that initial awkwardness by sharing stories about our experiences in the Black Panther Party. He shared that Bruce Dixon, a stalwart of Black Agenda Report, was also in the Panthers. Glen was a member in Jersey City, Bruce in Chicago, and me in Detroit. I realized from the first moment that we had all drunk from the deep love that the Black Panther Party nourished. It fed Glen’s commitment and devotion to speaking—oftentimes painful—truth to power in the Black Agenda Report. Glen refocused my energies from what seemed an inevitable downward spiral towards pouring my anger and indignation into writing. After I wrote my book, No FEAR, Glen published most of the chapters in Black Agenda Report.

Glen Ford was a revolutionary. His unique contribution as a writer advocate, as a mentor—was to lay the material foundation and provide the seeds for following generations to understand the complexity of white supremacy capitalism. His goal was to arm our community with the information necessary to fight against the most depraved, perverted, and wicked system that has ever been created. Amilcar Cabral knew “that people do not fight for ideas in the sky but for concrete ways to change their material conditions.” Glen understood that through his writings he would inspire political activism and turn what most people would consider the “unthinkable” into the “inevitable.”

While other Black news outlets were experiencing a sugar high with the election of the first Black president, it took integrity and courage to take on the presidency of Barack Obama. The Black Agenda Report family told our community the truth. Glen rooted his analysis in the material conditions and restrictions facing our people under white supremacy capitalism. With Glen’s tutelage BAR exposed the crimes being committed by the Obama administration. And we took the inevitable criticism. Glen’s fundamental principle in Black Agenda Report was to tell the truth regardless of the consequences.

During the 50th Anniversary celebration of the Black Panther Party in Oakland, Glen, Bruce, Nellie Ballie, and I, it dawned on us that the US war against the Black Panther Party was fundamentally a war against teenagers and young adults. The government waged war against a generation determined to taste freedom. It was exactly this wounding and abuse by the US government—both as a teenager and a veteran—that informed Glen’s character and nobility.

“Our strategy should be not only to confront empire, but to lay siege to it. To deprive it of oxygen. To shame it. To mock it. With our art, our music, our literature, our stubbornness, our joy, our brilliance, our sheer relentlessness—and our ability to tell our own stories. Stories that are different from the ones we’re being brainwashed to believe.”

Glen’s goal was to break the spine of white supremacy capitalism.  He denied it oxygen, shamed it, mocked it—with his sheer brilliance, mentoring and encouraging anyone who could put two sentences together to use their talents to tell the stories of the depravity of capitalism and its agents—both black and white.

When last I spoke with Glen it was after he published my umpteenth article on the desecration of Moses Macedonia African Cemetery in Bethesda. Glen called me to discuss the article and interview me for the Black Agenda Report Radio. Other media have given the story occasional coverage, but Glen understood that the erasure, the annihilation, the casting of Black souls into oblivion is not a story to be given short shrift but is one that demands our undivided attention. He understood the stakes. The garish profits. The ghoulish dismissal of Black relevance. The implications for reparations. If it wasn’t a huge deal, he understood, they would not be fighting you so hard and so ugly.

I could not have imagined that would be our last conversation.

Glen’s spirit reminds us of the passion of Fred Hampton, of Bruce Dixon’s embrace, Malcolm’s courage, Amilcar Cabral’s brilliance. Black Agenda Report, in the purest sense is a continuation of the liberation struggle that had started in the streets and hearts of young revolutionaries across the country under the auspices of the Black Panther Party. Glen had picked up the mantle of Black liberation and carried it until the day he passed into eternal power. How can we, who claim to admire and love Glen, fail to now pick up that mantle and pass it on to the next generation? I did not know when I made my first tentative approach to this powerful, shy, brilliant unassuming man, that I loved him from the moment I met him.