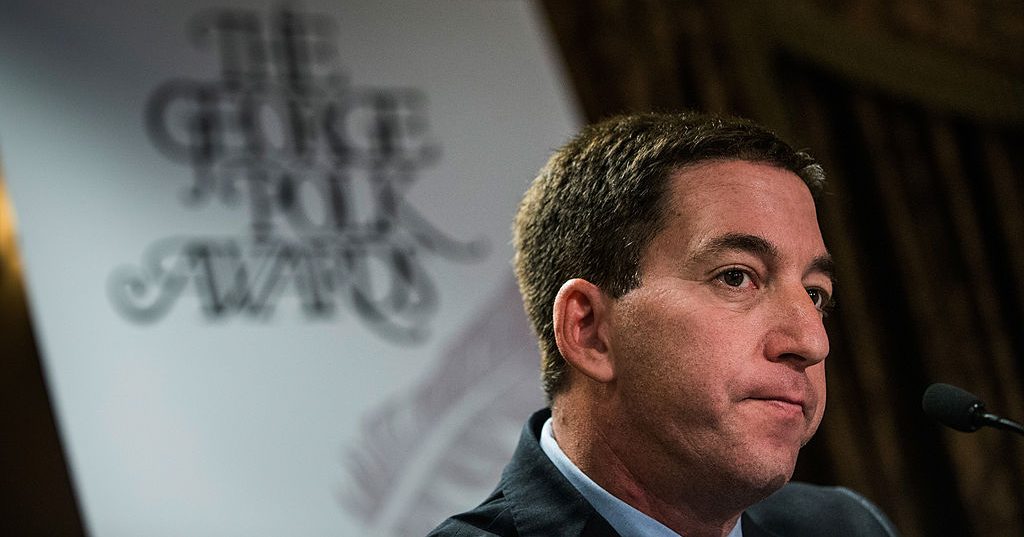 The Bolsonaro government’s attack on Glenn Greenwald is an attack on free speech and democracy.

We should unequivocally stand by his side.

Brazil’s far-right government, under the helm of Jair Bolsonaro, has taken a major step to criminalize journalism and silence one of its most effective critics. Yesterday, a federal prosecutor announced that he is seeking criminal charges against Brazil-based journalist Glenn Greenwald for “cyber crimes.”The charges stem from the Intercept Brazil’s groundbreaking reporting on leaked chat messages giving a firsthand look into the country’s anti-corruption task force. The articles not only exposed a high-profile anti-corruption investigation as politically biased, they helped set the stage for the release of former Brazilian president Lula da Silva from prison.

Authorities insist that Greenwald illegally helped the hackers. But make no mistake: this is a massive assault on press freedom.

The leaked archive pertained to what is known as the Operation Car Wash investigation, or Operação Lava Jato. While the investigation was ostensibly a wide-ranging probe into corruption in Brazil, it most infamously ensnared Lula de Silva, the former president and member of the Workers Party.

Lula left office with record-high approval ratings. While he was barred from seeking more than two consecutive terms, and thus could not enter the 2010 presidential race, he was eligible to seek a third nonconsecutive term and was planning to run in 2018. As the country’s most popular politician, Lula was widely expected to win.

It was not to be.

A single witness, who was given a reduced sentence for testifying, claimed Lula received as a bribe an apartment he had never lived in or even held title to. Despite Lula having further appeals pending, the Supreme Federal Court, in a 6–5 ruling, ordered him to report to jail.

Opinion polls still showed Lula was the clear favorite, despite his incarceration. Finally, the Supreme Federal Court barred him from the ballot. With the popular socialist in prison and banned from the election, Bolsonaro, whose views can be described without hyperbole as fascist, won the election. Once in office, Bolsonaro named the judge responsible for Lula’s conviction, Sérgio Moro, as his minister of justice.

From the start, Lula and many on the Left condemned the prosecution as a political frame-up. Noam Chomsky referred to Lula as “the most prominent political prisoner in the world.”

The secret archive obtained by the Intercept Brazil, which contained leaked chat messages, confirmed this. Moro was illegally working with the prosecutors. Just days before filing charges, prosecutors had expressed serious doubts about the strength of their case. And prosecutors actively worked to thwart the Workers’ Party election by blocking a newspaper interview with the imprisoned Lula.

Finally, in November 2019, the Supreme Federal Court freed Lula on procedural grounds. For the time being, Lula remains a free man.

Even before Bolsonaro was elected president, press-freedom groups expressed serious concerns about the threat he posed. Bolsonaro, a former army captain, praised Brazil’s military dictatorship, championed violence against the Left, and spewed virulent bigotry, including homophobia.

Unsurprisingly, Bolsonaro and his right-wing supporters soon honed in on Glenn Greenwald and his husband, David Miranda, a Brazilian congressmen with the Socialism and Liberty Party. Both received homophobic vitriol and death threats alongside calls to jail and/or deport Greenwald. In July 2019 the far-right government launched an investigation into Greenwald’s finances. Shortly after, Bolsonaro suggested Greenwald might “do jail time.” In November, Greenwald was assaulted during a live on-air debate by a right-wing, pro-Bolsonaro journalist, after Greenwald confronted him over his earlier comments that Greenwald and Miranda should have their children taken away.

And now, a federal prosecutor has issued a “denunciation” against Greenwald. A judge will decide whether to approve or deny the charges. The prosecution alleges that Greenwald went beyond merely reporting on the leaks and illegally assisted the hackers by advising them on how to cover their tracks and avoid detection by the authorities. However, federal police looked at the exact same evidence and concluded Greenwald exercised extreme caution and committed no crime.

Previously, a member of Brazil’s Supreme Court blocked Bolsonaro and Moro from investigating Greenwald. The judge reasoned that such a probe would constitute censorship and affirmed the “constitutional secrecy of the journalistic source.”

This is not the first time Greenwald’s journalism has put him in the crosshairs of powerful state actors. Greenwald received a Pulitzer Prize in 2014 for his role in exposing the National Security Agency’s illegal bulk surveillance programs. Greenwald’s source, Edward Snowden, still lives in exile, as the United States government charged him with “espionage” for blowing the whistle on illegal government surveillance. US lawmakers called for Greenwald to face similar charges, and his husband was detained in November 2013 for nine hours by British authorities under an anti-terrorism law. In spite of these threats, Greenwald elected to return to the United States in 2014 to receive a Polk Award for his reporting.

Greenwald first rose to prominence during the George W. Bush years. Writing first on his own blog and then for Salon, Greenwald railed against the Bush administration’s authoritarian claims of sweeping executive powers. He attacked them for their warrantless surveillance and military detention. Members of Congress cited his work.

These trenchant critiques earned him the support of the administration’s liberal opponents. But not everyone appreciated that Greenwald held Bush’s Democratic successor to the same standard.

Although he ran on a campaign of hope and change, it became clear very early on that Barack Obama would entrench some of Bush’s War on Terror abuses. While still on the campaign trail, Obama reversed an earlier position and voted to retroactively grant immunity to telecoms corporations who participated in an illegal NSA surveillance program. He called for an escalation of US drone strikes in Pakistan and more troops in Afghanistan.

Despite facing criticism from erstwhile supporters, Greenwald continued to criticize the moral travesty of the US security state, penning pieces condemning Obama’s extrajudicial execution of US citizen Anwar al-Awlaki and his administration’s persecution of whistleblower Chelsea Manning. And much like during the Bush years, Greenwald did not pull any punches when it came to those in the corporate media who acted not as checks on official power, but as its sycophants.

Greenwald also violated another important taboo — speaking out on behalf of the Palestinian people. In 2010, when Israel attacked in international waters a flotilla with humanitarian aid bound for Gaza, many commentators saw their role not as exposing Israel’s illegal blockade, but doing public relations for an apartheid state. Greenwald was one of the rare voices in the media willing to criticize Israel.

In a famous MSNBC exchange, Greenwald clashed with on-air host Elliott Spitzer. As Spitzer tried to cut off Greenwald, the journalist interjected: “No, let me just finish because you just had on ten minutes of uninterrupted pro-Israeli propaganda filled with falsehoods” before explaining how the blockade of Gaza “is one of the most brutal and inhumane blockades that we’ve seen in the last generation.” When Spitzer asked Greenwald if he agreed Hamas was a terrorist organization, Greenwald asked Spitzer: “Has Israel been brutally occupying the Palestinian people for the last forty years?  Have they or haven’t they?”

Why We Should Defend Glenn Greenwald

The work of Glenn Greenwald exemplifies everything journalism should strive to be. It challenges the powerful and condemns without equivocation their crimes. The impact of the Intercept Brazil’s exposés on the political witch-hunt against Lula shows the tangible power of real journalism.

Bolsonaro would most likely not be president if his main opponent had not been shamefully imprisoned. Today, Bolsonaro and Moro are trying to criminalize journalism to silence their critics. Defending Glenn Greenwald is about defending not just the right to a free press, but the right to a democracy.

Bolsonaro’s attacks on Greenwald come at a time when the far-right is on the rise and press freedoms are under assault. Several commentators have noted how the charges against Greenwald mirror one of the charges against WikiLeaks founder Julian Assange, who the Trump administration is trying to have extradited so he can face trial for publishing documents exposing the horrors of US foreign policy. In the United States, the government is yet again detaining Chelsea Manning and trying to imprison drone whistleblower Daniel Hale.

Governments fear journalism — real, adversarial journalism — because they fear its consequences. In a world where far-right leaders are seeking to scapegoat the marginalized, wars continue to be pushed based on lies, and governments are secretly expanding the machinery of repression, the stakes could not be higher.