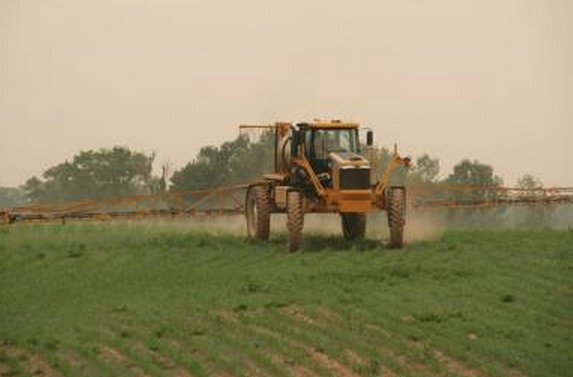 Note from Organic Consumers Association: The promoters and purveyors of GMOshave spenthundreds of millions of dollars portraying anyone who questions the safety of their products as ignorant, alarmist and “anti-science.” So they’re no doubt stewing over an article written last week—by a medical doctor and a scientist—outlining in detail why these experts are so concerned about the GMO foods and ingredients that now permeate our food system. These scientists and health professionals point out the dangers of GMO foods and call for labeling calling it “essential for tracking emergence of novel food allergies and assessing effects of chemical herbicides applied to GM crops.”

Genetically modified organisms (GMOs) are not high on most physicians’ worry lists. If we think at all about biotechnology, most of us probably focus on direct threats to human health, such as prospects for converting pathogens to biologic weapons or the implications of new technologies for editing the human germline. But while those debates simmer, the application of biotechnology to agriculture has been rapid and aggressive. The vast majority of the corn and soybeans grown in the United States are now genetically engineered. Foods produced from GM crops have become ubiquitous. And unlike regulatory bodies in 64 other countries, the Food and Drug Administration (FDA) does not require labeling of GM foods.

Two recent developments are dramatically changing the GMO landscape. First, there have been sharp increases in the amounts and numbers of chemical herbicides applied to GM crops, and still further increases — the largest in a generation — are scheduled to occur in the next few years. Second, the International Agency for Research on Cancer (IARC) has classified glyphosate, the herbicide most widely used on GM crops, as a “probable human carcinogen”1 and classified a second herbicide, 2,4-dichlorophenoxyacetic acid (2,4-D), as a “possible human carcinogen.”2

The application of genetic engineering to agriculture builds on the ancient practice of selective breeding. But unlike traditional selective breeding, genetic engineering vastly expands the range of traits that can be moved into plants and enables breeders to import DNA from virtually anywhere in the biosphere. Depending on the traits selected, genetically engineered crops can increase yields, thrive when irrigated with salty water, or produce fruits and vegetables resistant to mold and rot.

The National Academy of Sciences has twice reviewed the safety of GM crops — in 2000 and 2004.3 Those reviews, which focused almost entirely on the genetic aspects of biotechnology, concluded that GM crops pose no unique hazards to human health. They noted that genetic transformation has the potential to produce unanticipated allergens or toxins and might alter the nutritional quality of food. Both reports recommended development of new risk-assessment tools and postmarketing surveillance. Those recommendations have largely gone unheeded.

Herbicide resistance is the main characteristic that the biotechnology industry has chosen to introduce into plants. Corn and soybeans with genetically engineered tolerance to glyphosate (Roundup) were first introduced in the mid-1990s. These “Roundup-Ready” crops now account for more than 90% of the corn and soybeans planted in the United States.4 Their advantage, especially in the first years after introduction, is that they greatly simplify weed management. Farmers can spray herbicide both before and during the growing season, leaving their crops unharmed.

The first of the two developments that raise fresh concerns about the safety of GM crops is a 2014 decision by the Environmental Protection Agency (EPA) to approve Enlist Duo, a new combination herbicide comprising glyphosate plus 2,4-D. Enlist Duo was formulated to combat herbicide resistance. It will be marketed in tandem with newly approved seeds genetically engineered to resist glyphosate, 2,4-D, and multiple other herbicides. The EPA anticipates that a 3-to-7-fold increase in 2,4-D use will result.

In our view, the science and the risk assessment supporting the Enlist Duo decision are flawed. The science consisted solely of toxicologic studies commissioned by the herbicide manufacturers in the 1980s and 1990s and never published, not an uncommon practice in U.S. pesticide regulation. These studies predated current knowledge of low-dose, endocrine-mediated, and epigenetic effects and were not designed to detect them. The risk assessment gave little consideration to potential health effects in infants and children, thus contravening federal pesticide law. It failed to consider ecologic impact, such as effects on the monarch butterfly and other pollinators. It considered only pure glyphosate, despite studies showing that formulated glyphosate that contains surfactants and adjuvants is more toxic than the pure compound.

The second new development is the determination by the IARC in 2015 that glyphosate is a “probable human carcinogen”1 and 2,4-D a “possible human carcinogen.”2 These classifications were based on comprehensive assessments of the toxicologic and epidemiologic literature that linked both herbicides to dose-related increases in malignant tumors at multiple anatomical sites in animals and linked glyphosate to an increased incidence of non-Hodgkin’s lymphoma in humans.

These developments suggest that GM foods and the herbicides applied to them may pose hazards to human health that were not examined in previous assessments. We believe that the time has therefore come to thoroughly reconsider all aspects of the safety of plant biotechnology. The National Academy of Sciences has convened a new committee to reassess the social, economic, environmental, and human health effects of GM crops. This development is welcome, but the committee’s report is not expected until at least 2016.

In the meantime, we offer two recommendations. First, we believe the EPA should delay implementation of its decision to permit use of Enlist Duo. This decision was made in haste. It was based on poorly designed and outdated studies and on an incomplete assessment of human exposure and environmental effects. It would have benefited from deeper consideration of independently funded studies published in the peer-reviewed literature. And it preceded the recent IARC determinations on glyphosate and 2,4-D. Second, the National Toxicology Program should urgently assess the toxicology of pure glyphosate, formulated glyphosate, and mixtures of glyphosate and other herbicides.

Finally, we believe the time has come to revisit the United States’ reluctance to label GM foods. Labeling will deliver multiple benefits. It is essential for tracking emergence of novel food allergies and assessing effects of chemical herbicides applied to GM crops. It would respect the wishes of a growing number of consumers who insist they have a right to know what foods they are buying and how they were produced. And the argument that there is nothing new about genetic rearrangement misses the point that GM crops are now the agricultural products most heavily treated with herbicides and that two of these herbicides may pose risks of cancer. We hope, in light of this new information, that the FDA will reconsider labeling of GM foods and couple it with adequately funded, long-term postmarketing surveillance.