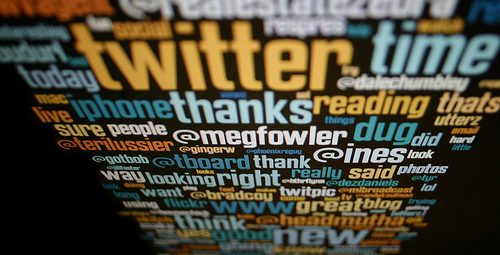 An analysis by the Brennan Center of the Department of Homeland Security’s harvesting and use of social media information shows that the agency is expanding collection and monitoring programs, despite scant evidence that such broad-scale surveillance strengthens national security.

Instead, as recent media reports attest, social media monitoring has helped officials identify and target people for engaging in protests, activism, journalism, and provision of legal services. Many programs have been targeted at Muslim travelers, who as a group are often treated as a national security threat.

Released today, “Social Media Monitoring: How the Department of Homeland Security Uses Digital Data in the Name of National Security” is the most comprehensive report to date on how DHS is using social media in the name of national security. The report parses technical government documents and responses to Freedom of Information Act requests to map out the scope of the department’s collection of digital data.

The government’s reach is about to become longer — the State Department has obtained approval to begin collecting social media identifiers from the 15 million people who apply for visas every year to visit or immigrate to the United States. The databases of online data that DHS purchases and the cell phones it examines at the border contain information about both Americans and foreign travelers.

“The Department of Homeland Security incorporates social media into almost all aspects of its immigration operations, from visa vetting to searches of travelers to identifying targets for deportation,” said Faiza Patel, co-director of the Brennan Center’s Liberty and National Security Program and co-author of the report. “Millions of people, including Americans, are or will soon be caught up in this net.”

DHS collects posts and other data from social media in a variety of ways, including by searching smartphones and electronic devices at ports of entry, obtaining information from people seeking to enter the country, and purchasing access to commercial databases of online data from private companies. In targeting foreign travelers, DHS also sweeps up social media information from their American friends, relatives, and associates.

Despite its ongoing expansion of social media surveillance, DHS’s own evaluations of its pilot programs have found that social media information was not particularly helpful in identifying potential threats. In some cases, it even took resources away from tried and true methods.

The report calls for greater Congressional oversight of the scope, effectiveness, and impact of these DHS programs. The authors write that while some of what the department is doing may be justified, it is being carried out with little public awareness, with not enough known about how social media information is evaluated, analyzed, or used in the course of vetting and admissibility determinations.

“Policymakers and the public need to know the when, why, what, and how behind DHS social media monitoring so that they can make informed judgments about the risk, efficacy, and impact of these initiatives,” the report says.

Among the report’s major findings:

*People applying for permission to travel to the United States are increasingly being asked to provide their social media identifiers, such as Twitter or Instagram handles. This practice enables DHS to create a registry of travelers’ online postings, making it easier for DHS to mine the data and use it in ways that undermine the right to dissent, to associate, and to speak freely. While DHS’s Customs and Border Protection (CBP) states that it will not deny someone entry based solely on information found on social media, it would be a relatively easy matter to target someone based on this material and find another justification to keep them out of the country.

Social media data can also be collected via searches of electronic devices, which Immigration and Customs Enforcement (ICE) and CBP carry out — without suspicion of criminal activity — on both American and foreign travelers at points of entry as well as in areas well within U.S. borders.

*DHS shares social media information with other agencies and even foreign governments, a practice that magnifies the risk of abuse and inappropriate targeting. For example, the CBP program to track and interrogate journalists, lawyers, and activists at the southern border was apparently carried out in cooperation with Mexican authorities, who coordinated with U.S. officials to refuse entry to lawyers trying to assist asylum seekers and photojournalists endeavoring to document the caravans.

In fact, simply sharing an identifiable social media handle with a repressive government can be perilous for activists who rely on anonymity to critique official policies. Sharing details about individuals’ political and religious views, networks of associations, and more can magnify these risks.

*Social media data is easily misinterpreted, especially as it is fed into other data systems. The Brennan Center’s research shows that at least three major divisions of DHS — CBP, ICE, and U.S. Citizenship and Immigration Services (USCIS) — now use automated tools to analyze social media information, either alongside other data or by itself. The push toward automation raises major red flags in light of the poor track record of automated systems in trying to make complicated judgments, which is compounded by the ambiguity of many social media posts.

*DHS retains social media information longer than allowed by its own regulations. Information that is supposed to be discarded after three years is often kept, by the agency’s own admission, for up to 15 years. Immigration data is retained for 100 years after the visa recipient’s date of birth, posing additional challenges: a social media post from 2007 may take on a whole new meaning by 2022, and even more so eight decades later.

“Increasingly, DHS is vacuuming up social media information from a variety of sources, ranging from travelers’ electronic devices to commercial databases, and using it to make decisions without sufficient oversight or transparency,” Patel said. “There are serious questions about these programs. There is no evidence that they are useful in identifying risk, and they open the door to discrimination and the suppression of speech, association, and religious belief.”

Rachel Levinson-Waldman, senior counsel to the Liberty and National Security Program and a co-author of the report, added: “Congress must take steps to ensure robust oversight of these programs and require DHS to make more information available so the public and policymakers can adequately assess whether these programs truly serve the interests of the American people.”

What the Government Does with Americans’ Data: https://www.brennancenter.org/publication/what-government-does-americans-data