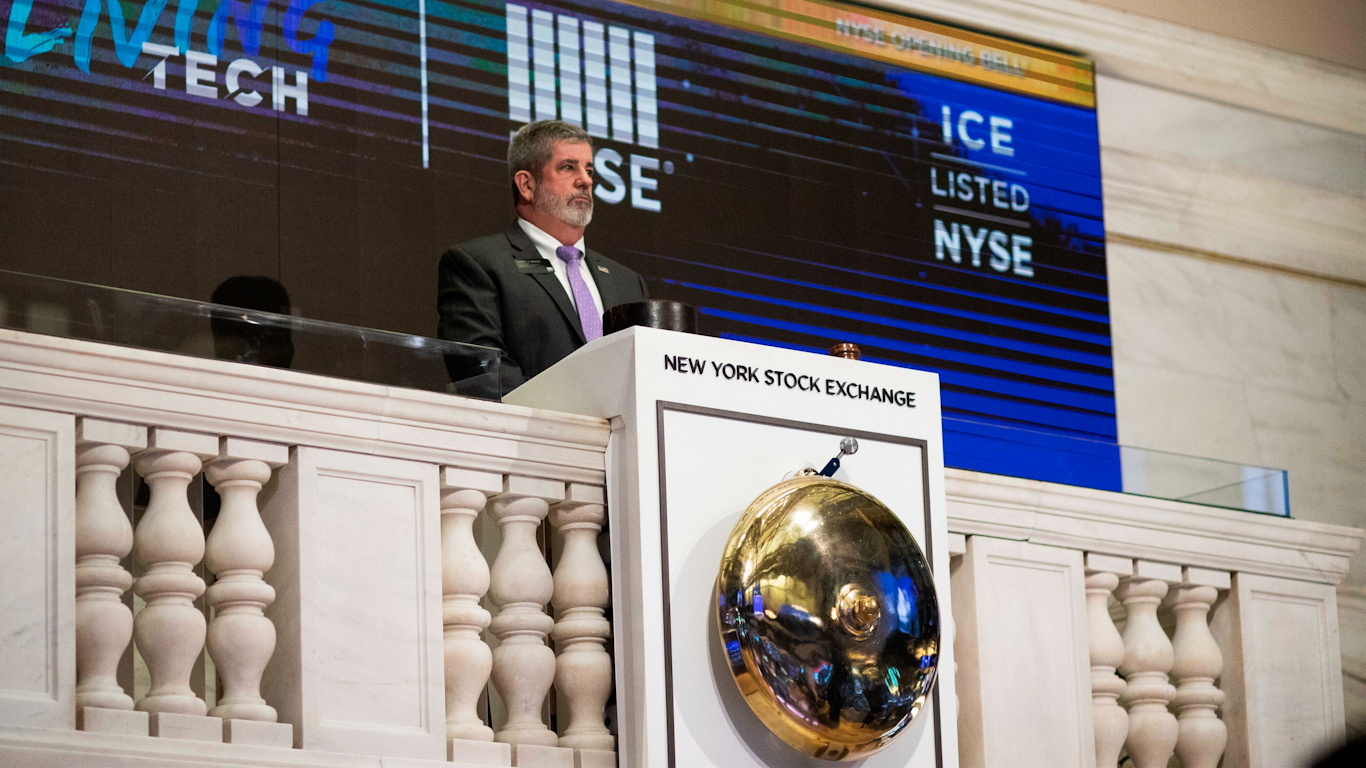 The money spent was equal to the total amount of US student debt, more than twice as much as the Wall Street bailout of 2008 and nearly 30 times the net worth of former New York mayor Michael Bloomberg, the richest man to ever run for president.

With financial markets in a state of near panic over an incoming COVID-19 pandemic, the Federal Reserve Bank of New York took the extraordinary step of injecting over $1.5 trillion into the stock market yesterday in a bid to calm investors’ fears about a collapse. To put that into perspective, that number is equal to the total amount of student debt held in the country, more than twice as much as the original TARP bailout during the 2008 financial crash, and nearly 30 times the net worth of former New York mayor Michael Bloomberg, the richest man to ever run for president.

Despite the enormous investment, the market rallied for only around 15 minutes before immediately slumping, negating the spike within two hours. Today, the Dow Jones Industrial Average is over 3,000 points lower than yesterday, with a third of all value wiped from the stock market in just two weeks. President Trump has demanded more intervention to help the markets. Meanwhile, his son Eric was busy deleting previous statements he made advising people that this would be a great time to invest and win big.

imo, the best sort of economic system is one so fragile that we need to pretend a pandemic isn’t happening to avoid frightening it to death

Earlier this week the government decreed that all medical facilities nationwide conduct coronavirus testing free of charge. And even establishment Democrats like Hillary Clinton and Joe Biden are demanding comprehensive social welfare reform, including emergency paid sick leave and healthcare, despite campaigning their whole lives against those policies. As recently as Monday, Biden, the Democratic frontrunner for president, suggested he would veto any Medicare for All bill that the House of Representatives passed.

These new positions from the Democratic elite have certainly surprised many activists who have fought for universal healthcare for decades, and have faced committed opposition from Democrats, Republicans and the media alike. During the Democratic primary debates, moderators asked 21 questions about where the money was going to come from to pay for programs like free healthcare or student loan relief, but never once asked about financing aggression against Iran or any other enemy nation. Yet, in the face of a crisis, it appears Washington is trying to gauge how much free healthcare will be necessary to avoid a disaster.

For those who might be wondering, “Where did the Federal Reserve get the $1.5 trillion they just committed to injecting?”
A blast from the past explanation of how it all works. 💻 pic.twitter.com/wCQUwni8El

In reality, the $1.5 trillion came from the same place as it always has: from thin air. The Fed simply added some numbers into a balance sheet and the money was created. Authorities could do the same to fight many of America’s most pressing social problems: homelessness, hunger, crumbling infrastructure, poverty, but to do so would be to use the power of the government to help the great mass of people, rather than those at the top. Italy, for instance, has declared that all mortgage repayments were postponed. New York Congresswoman Alexandria Ocasio-Cortez has suggested the U.S. do the same with student debt.

The great anthropologist David Graeber notes that during periods of disaster, societies tend to move towards communism. “People tend to behave the same way, reverting to a kind of rough-and-ready communism,” he writes. “Hierarchies, markets and the like become luxuries that no one can really afford them. Anyone who has lived through such a moment can speak to the way strangers become sisters and brothers, and human society itself seems to be reborn.”

The radical measures being pushed through almost overnight show that wholesale systemic change is distinctly possible. However, the Trump administration appears focused on ensuring that there will be one rule for those at the top and another for the rest of society.

To the extent that our government is worried about the coronavirus, it seems like 99% of their worry is on how it will affect the bottom line of the biggest corporations in the world.

The number of confirmed COVID-19 cases in the United States rose above 1,700 today, with 41 recorded deaths in total. However, due to sparse testing, the actual figures are undoubtedly higher. The U.S. has tested only around 8,000 people nationwide. In comparison, South Korea is capable of testing 20,000 every day. A number of prominent figures, such as actor Tom Hanks and NBA player Rudy Gobert, are among the confirmed cases. Yesterday, MintPress spoke to Sarpoma Sefa-Boakye, a doctor in San Diego, CA. She advised that: “Quarantining is the only way to really tackle a virus that you don’t know, where transmission is questionable, or even how this virus came to be, quarantining has to be the only way that we can get a hold of transmission.” Dr. Sefa-Boakye was also critical of the government’s response, noting:

The fact that we have to question potential stock market losses and question whether we are going to be able to provide paid or unpaid leave to our workers is telling you that we are not equipped for pandemics because our priority is markets and production.”