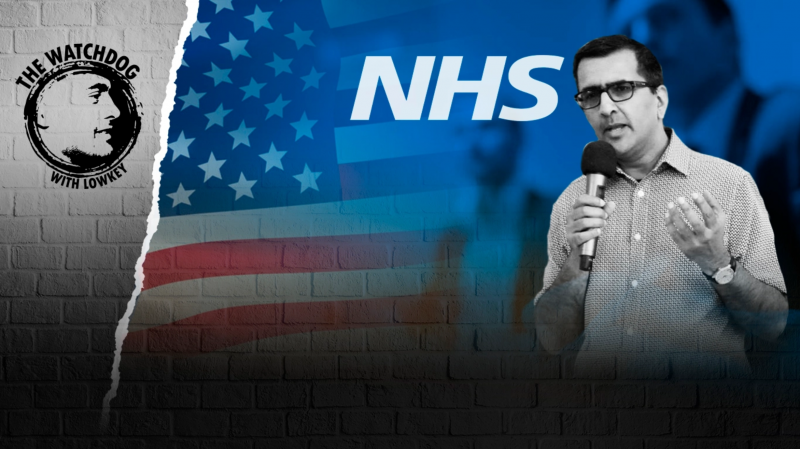 Bob Gill Outlines The US Corporate Takeover Of The British NHS

“The Comprehensive Range Of NHS Services Salami, Sliced Down To A Remnant Of Poor Standard Emergency Care In Fewer Locations.” — Bob Gill

The British National Health Service (NHS) once stood as an internationally renowned example of a tax-funded health system that delivered public-health services to millions of British citizens, lifting a huge burden from the sick. However, the rise of neoliberal policies in the United Kingdom has targeted the NHS to become the latest victim of a U.S.-U.K. economic trade deal that would put health care services in the hands of private U.S. corporations.

This means that private U.S. healthcare corporations would capitalize on the taxpayer funded budget, “creating private insurance-style funding pools” similar to how healthcare is conducted in the U.S.

In this segment of The Watchdog, host Lowkey is joined by Bob Gill — family doctor, NHS campaigner and director of the film The Great NHS Heist — who argues that the NHS is heading towards becoming a ”two-tier system that will be lower quality, more expensive, bureaucratic, with perverse incentives that damage professionalism, patients, taxpayers and the privately insured, who risk claims being denied or capped, as we see clearly in America.”

Gill’s film makes clear parallels between the U.S. healthcare system and how it’s making its way into the NHS. For example, the film exposes how the transition of control of these budgets to insurance companies is now presided over by “Simon Stevens as Chief Executive of NHS England since 2014, formerly president of global expansion for UnitedHealth,” America’s largest private health insurance conglomerate.

This new system also puts the once-private patient data into the hands of Big Tech giants —  outsourced data-systems and pharmaceutical companies that will market their drugs to patients while incentivizing prescriptions for medical doctors.

The corporate takeover of the NHS is already having dire effects on an already economically struggling society, especially in the post-COVID era, with patients being forced to pay for more out-of-pocket costs that are handing major profits to U.S. healthcare and insurance companies.  “The comprehensive range of NHS services salami, sliced down to a remnant of poor standard emergency care in fewer locations. For non-urgent care the choices will be to go without treatment, pay out of pocket or buy top-up insurance,” Gill wrote in 2020.