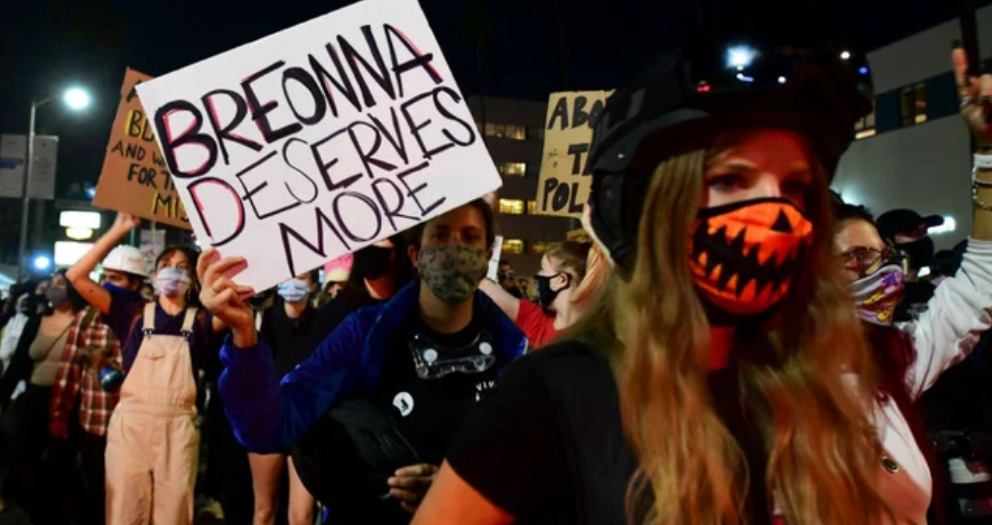 An unidentified grand juror in the Breonna Taylor case is demanding the release of the grand jury’s transcript and related recordings so “the truth may prevail.”

In a motion filed late Monday afternoon, the juror also asks a judge to allow fellow jurors to give up their confidential status if they wish and speak freely about the controversial case that saw one of three Louisville police officers who fired their weapons at Taylor’s apartment indicted on felony charges.

“The full story and absolute truth of how this matter was handled from beginning to end is now an issue of great public interest and has become a large part of the discussion of public trust throughout the country,” Kevin Glogower, the attorney for the juror, wrote in the filing that comes just five days after the indictment.

The motion also accuses Kentucky Attorney General Daniel Cameron of using the grand jurors “as a shield to deflect accountability and responsibility for those decisions” and says that has led to “more seeds of doubt in the process.”

It specifically requests the court find grand jurors are permitted to discuss what didn’t take place in the grand jury proceedings — including “any potential charges and defendants presented or not presented.”

Former LMPD Detective Brett Hankison, already fired by the department this summer, was indicted by the grand jury on wanton endangerment charges for shooting into an occupied apartment next to Taylor’s — charges that are not directly related to the death of the unarmed 26-year-old Black woman.

He was arraigned Monday in Jefferson Circuit Court, pleading not guilty. He is free on $15,000 bond.

During the arraignment, Jefferson Circuit Judge Ann Bailey Smith also ordered “the recording of the grand jury proceedings shall be filed in the court file by noon of Wednesday this week,” she said.

In a statement late Monday, Cameron said he would comply with the judge’s orders, despite misgivings.

“The grand jury is meant to be a secretive body,” he said. “It’s apparent that the public interest in this case isn’t going to allow that to happen.”

Two other officers who fired the bullets Cameron said struck and killed Taylor — Sgt. Jonathan Mattingly and Detective Myles Cosgrove — were not charged. Cameron said the grand jury agreed they fired in self-defense after Taylor’s boyfriend, Kenneth Walker, fired at them.

In his statement last night, Cameron clarified “the only charge recommended (to the grand jury) was wanton endangerment.”

“Our prosecutors presented all of the evidence, even though the evidence supported that Sgt. Mattingly and Detective Cosgrove were justified in their use of force after having been fired upon by Kenneth Walker,” he said.

During last Wednesday’s press conference, Cameron had declined to say what charges the grand jury considered or who it considered charging. But he did say homicide charges weren’t appropriate in Taylor’s death.

Until Monday night, the attorney general had refused to release records connected to the grand jury’s decision, despite sharp rebukes from attorneys for Taylor’s family, who want him to release the transcripts and audio recordings.

“What we also want is for you to quit dodging the question. You were asked at the press conference (Wednesday): Did you make a recommendation” to the grand jury, Louisville attorney Lonita Baker asked. “You refused to answer. Answer the question: Did you even present any charges regarding Breonna Taylor to the grand jury?”

The grand juror’s motion goes on to state Cameron laid decisions “at the feet of the grand jury while failing to answer specific questions regarding the charges presented.”

“Attorney General Cameron attempted to make it very clear that the grand jury alone made the decision on who and what to charge based solely on the evidence presented to them.

“The only exception to the responsibility he foisted upon the grand jurors was in his statement that they ‘agreed’ with his team’s investigation that Mattingly and Cosgrove were justified in their actions.”

The filing says the grand juror wants to promote transparency but also wishes to remain anonymous given the level of attention on the case.

“The public interest spreads across the entire commonwealth when the highest law enforcement official fails to answer questions and instead refers to the grand jury making the decisions,” it says. “The interest of the individual grand jurors is parallel to the public but also manifests as fears of persecution, condemnation, retribution and torment. Unfortunately, they do not get to hide behind any entity, person or office.”

“(Cameron) chose wisely in his speech,” the juror’s attorney wrote. “Now he has another choice in his response. Choose truth. Choose justice. Together Kentucky.”