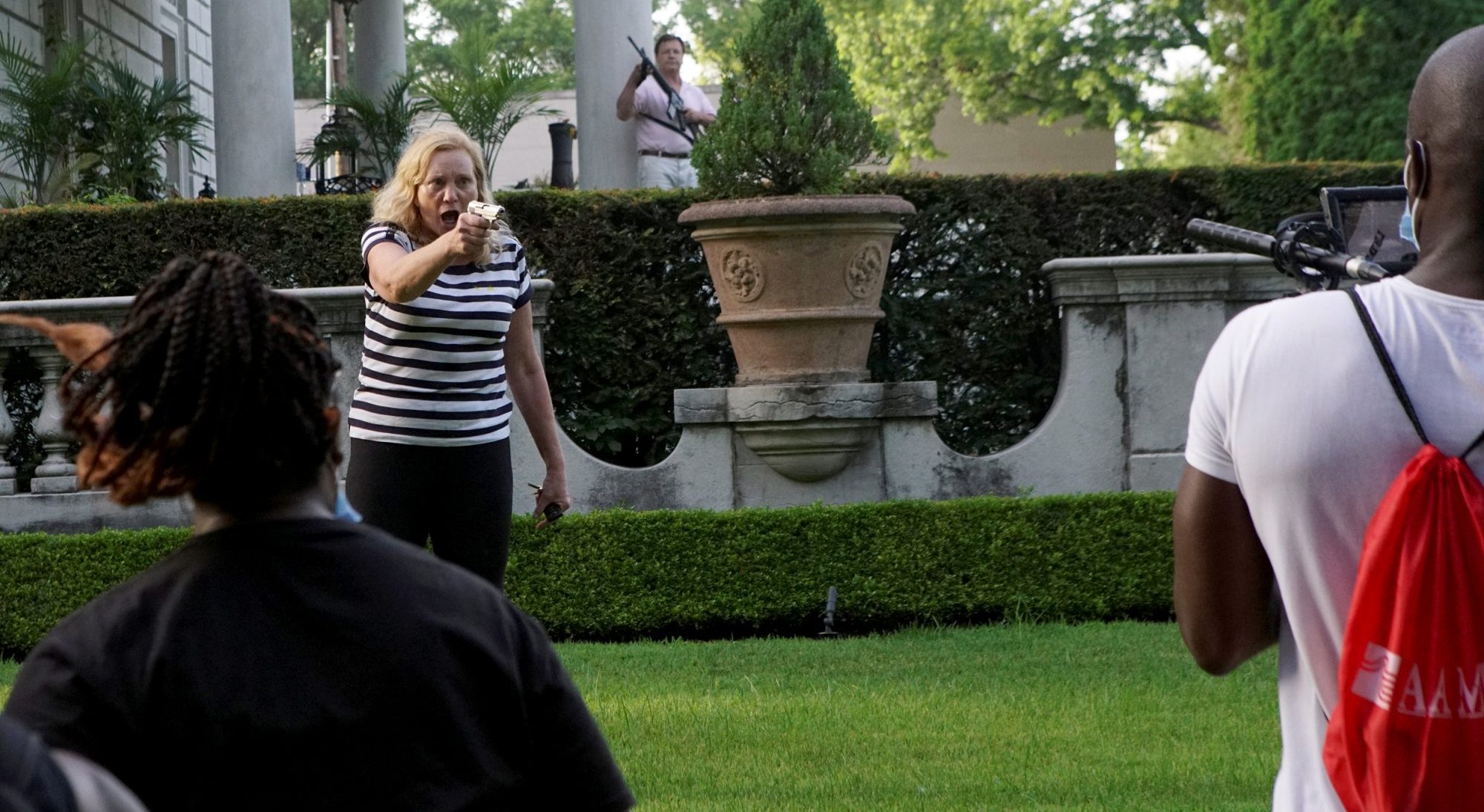 A grand jury in St. Louis on Tuesday indicted Mark and Patricia McCloskey on counts of exhibiting a weapon and tampering with evidence four months after footage circulated showing the couple pointing guns at Black Lives Matter protesters outside their home.

The couple’s attorney, Joel Schwartz, said the grand jury reached the decision after the McCloskeys appeared before a judge earlier in the day, NBC affiliate KSDK reported.

St. Louis Circuit Attorney Kimberly Gardner had issued felony charges against the couple in June for unlawful use of a weapon. The grand jury added the tampering-with-evidence charge on Tuesday.

In the now-viral videos from the June incident, the couple can be seen standing outside their home, each holding a firearm — Mark McCloskey with an AR-15 rifle and Patricia McCloskey with a handgun.

Soon after the footage circulated on social media, the couple told CBS affiliate KMOV that they pointed their guns at protesters in self-defense.

“I was terrified that we’d be murdered within seconds. Our house would be burned down, our pets would be killed,” Mark McCloskey said in the interview.

President Trump defended the couple, arguing they were “going to be beat up badly if they were lucky.”

The McCloskeys were then invited to speak at the Republican National Convention in August, with Patricia McCloskey claiming that a win for Democratic presidential nominee Joe Biden in November would “bring crime, lawlessness and low-quality apartments into now-thriving suburban neighborhoods.”

St. Louis police last month issued summonses to nine protesters for trespassing onto a private street during the June incident. Police spokesperson Evita Caldwell told The Associated Press at the time that authorities were still deciding whether to file formal charges against the demonstrators.

The AP reported that about 300 people were protesting in the area, with the group marching onto a private street. Protesters have said that a gate to the street was open, though the McCloskeys claimed that the demonstrators broke through.