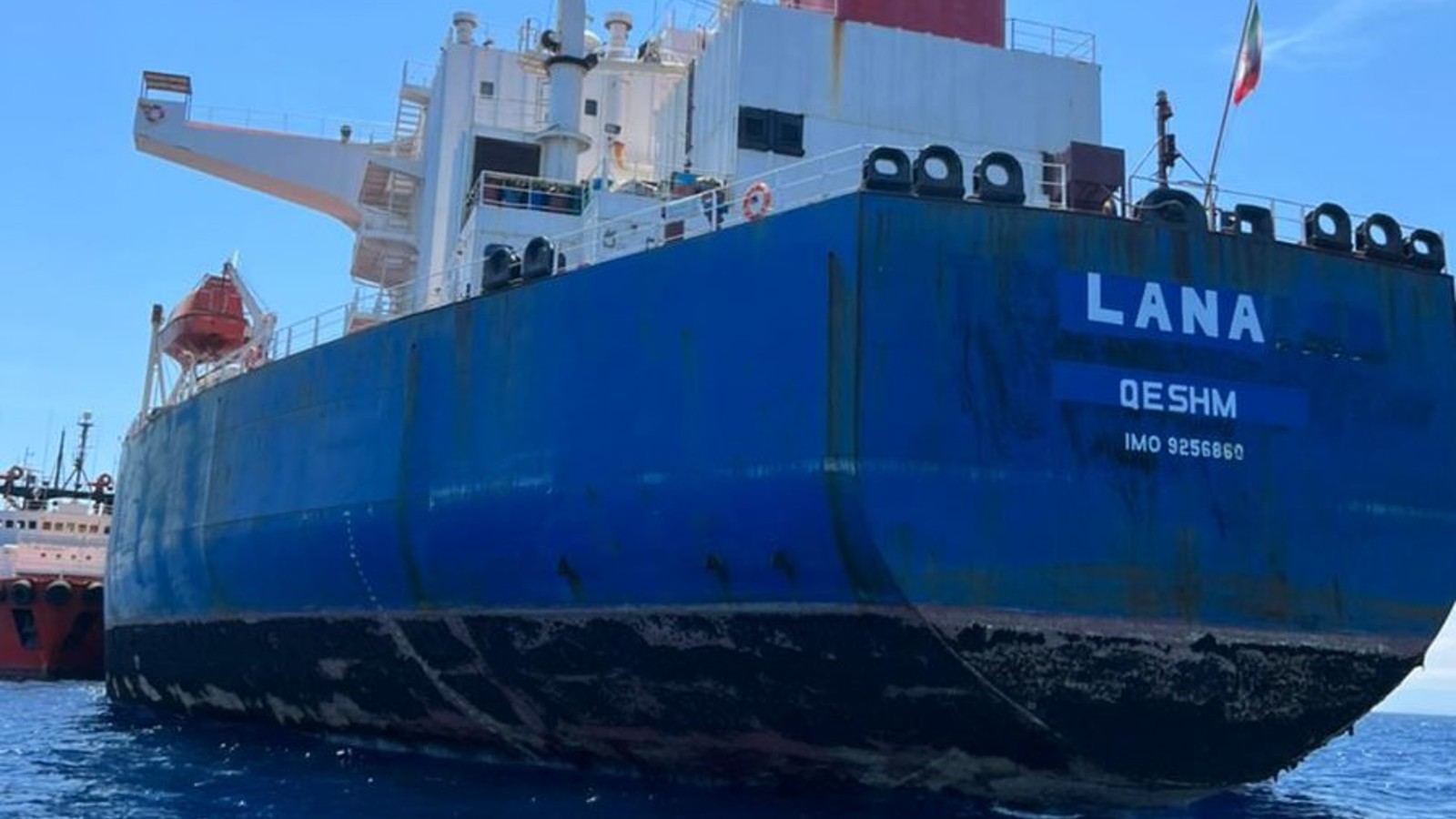 Greece Returns Iranian Crude Oil Illegally Seized By The US

Above Photo: Embassy of Iran in Greece / @IRANinGREECE on Twitter.

The Iranian embassy in Athens revealed that the stolen cargo will soon be on its way back to Iran.

The Iranian embassy in Athens revealed late on 12 August that the Lana, an Iranian-flagged tanker, is retrieving a cargo of oil that the US tried to steal earlier this year.

“The transfer of stolen Iranian oil to the Lana is underway in Greek waters, and the ship will soon leave for our country with the full cargo of oil,” the Iranian embassy tweeted.

The Lana, formerly named the Pegas, has been anchored on the coast off the island of Evia for several months after being confiscated by Greek authorities in coordination with the US.

Before Greece’s supreme court ruled the cargo should be returned to Iran, the US tried to have it shipped back to their shores.

In July, Greek courts approved the release of the Iranian oil, overturning an initial court order that led to the seizure. The US, however, challenged the decision and brought the case to the Supreme Court of Greece, extending the saga.

Greek authorities, under the orders of the US Justice Department, confiscated the Russian-operated vessel for allegedly violating the EU sanctions against Russia.

A portion of the Iranian oil cargo was then unloaded from the Lana and placed in the US-contracted Ice Energy tanker. During this illegal ship-to-ship transfer, an oil spill was caused.

On 30 May, Greek environmental groups condemned the government in Athens for causing an oil spill and blamed all parties involved for neglecting the environmental consequences.

In response to this case of “maritime piracy,” the Islamic Revolutionary Guard Corps (IRGC) boarded and seized two Greek-flagged oil tankers in the Gulf in late May, which haven’t been released yet.

The US captured four Iranian tankers headed for Venezuela in the Strait of Hormuz in August 2020. The stolen Iranian oil was then sold for over $40 million, according to reports.