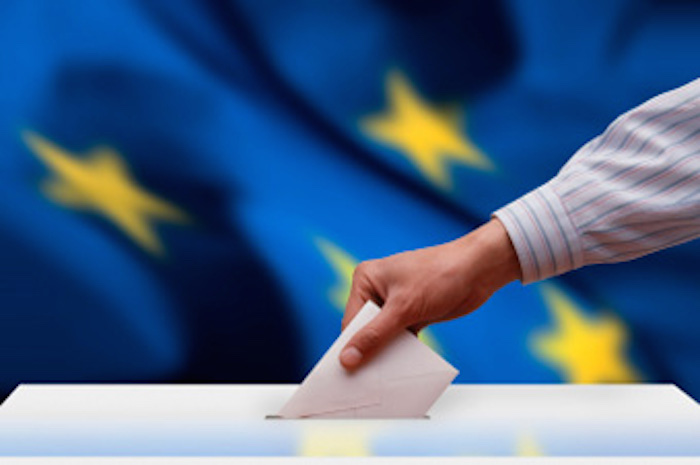 “The Greek referendum will take place on July 5, no matter what the Eurogroup or others want,” Alexis Tsipras

Update: The Greek Parliament approved the Greek government’s proposal for a referendum to be held in Greece on July 5, asking citizens to vote YES/NO on the agreement the country’s creditors offered in order to release a much-needed financial aid for Greece. The parliament convened on Saturday, June 27, and in a dramatic session that continued until the first hours of Sunday finally approved the government’s proposition to hold a referendum. According to the referendum, voters will be asked to respond to the following question: “Greek people are hereby asked to decide whether they accept a draft agreement document submitted by the European Commission, the European Central Bank and the International Monetary Fund, at the Eurogroup meeting held on June 25.”

The European Central Bank has Greece in a vise. It decided to continue providing emergency liquidity assistance but not to increase the funds it is providing.  This means that if people continue to withdraw funds from banks, they will run out of money in the near future. Greeks are nervous that banks will close or restraints will be placed on money that can be taken from banks, so there are long lines at ATM machines.

Prime Minister Alexis Tsipras announced on Sunday the nation’s banks and stock market would be closed on Monday due to  fears of financial collapse. Greece is also likely to impose capital controls to limit the amount of funds Greeks can transfer or withdraw from their banks.

The Greek Finance Minister,Yanis Varoufakis, describes the Eurogroup meeting held this Sunday writing on his blog:

The Eurogroup Meeting of 27th June 2015 will not go down as a proud moment in Europe’s history. Ministers turned down the Greek government’s request that the Greek people should be granted a single week during which to deliver a Yes or No answer to the institutions’ proposals – proposals crucial for Greece’s future in the Eurozone. The very idea that a government would consult its people on a problematic proposal put to it by the institutions was treated with incomprehension and often with disdain bordering on contempt. I was even asked: “How do you expect common people to understand such complex issues?”. Indeed, democracy did not have a good day in yesterday’s Eurogroup meeting! But nor did European institutions. After our request was rejected, the Eurogroup President broke with the convention of unanimity (issuing a statement without my consent) and even took the dubious decision to convene a follow up meeting without the Greek minister, ostensibly to discuss the “next steps”.

Can democracy and a monetary union coexist? Or must one give way? This is the pivotal question that the Eurogroup has decided to answer by placing democracy in the too-hard basket. So far, one hopes.

Greek Prime Minister Alexis Tsipras announced that Greece will hold a referendum on July 5 to ask the Greek people if they approve of a bailout deal with the country’s creditors.

In a nationally televised address after midnight Friday in Athens, Tsipras announced the July 5 vote and excoriated a take it-or-leave it offer as a violation of European Union rules and “common decency”.

“After five months of tough negotiations, our partners unfortunately resorted to a proposal-ultimatum to the Greek people,” Tsipras said.

“I call on the Greek people to rule on the blackmailing ultimatum asking us to accept a strict and humiliating austerity without end and without prospect.”

He said German Chancellor Angela Merkel and European Central Bank chief Mario Draghi have been informed of the plan, and he’ll request an extension of Greece’s existing bailout, due to end June 30, by a few days to permit the vote without having to introduce capital controls in the Greek banks. A Greek government source said the country’s banks will open on Monday and no capital controls are planned.

The referendum is expected to ask Greek citizens if they approve the proposed bailout agreement with Greece’s foreign creditors without touching upon a possible Grexit that could follow if the nation votes no on the deal.

Greece’s State Minister Nikos Pappas said that he expects the Greek people to vote no on the “humiliating” deal the creditors have offered the Greek government.

“Those who are rushing to connect the referendum’s outcome with Greece’s stay in the Eurozone are pro-memoranda political forces that favor austerity” stated the Greek minister.

On Saturday the Greek parliament will convene to approve the referendum, as it is required by Greek law.

Referendums are a rare occurence in Greece. In 1974, as the country was emerging from a military dictatorship, Greeks voted against a monarchy and became a republic.

Translation of Tsipras’ address as provided by his press office:

For the last six months, the Greek government has been waging a battle under conditions of unprecedented economic asphyxiation, in order to implement your mandate, that of January 25th.

The mandate to negotiate with our partners to bring about an end austerity, and for prosperity and social justice to return to our country once more.

For a sustainable agreement that will respect democracy, as well as European rules, and which will lead to a definitive exit from the crisis.

During the negotiations, we were repeatedly asked to implement memoranda policies agreed to by the previous governments, despite the fact that the memoranda were unequivocally condemned by the Greek people in the recent elections.

We never considered giving in—not even for a moment. Of betraying your trust.

Following five months of tough negotiations, our partners submitted a proposal-ultimatum at the Eurogroup meeting, taking aim at Greek democracy and the Greek people.

An ultimatum that contravenes Europe’s founding principles and values. The values of our common European project.
The Greek government was asked to accept a proposal that will add new unbearable weight to the shoulders of the Greek people, and that will undermine the recovery of the Greek economy and society–not only by fueling uncertainty, but also by further exacerbating social inequalities.

The institutions’ proposal includes measures that will further deregulate the labor market, pension cuts, and further reductions in public sector wages–as well as an increase in VAT on food, restaurants and tourism, while eliminating the tax breaks of the Greek islands.

These proposals -– which directly violate the European social acquis and the fundamental rights to work, equality and dignity — prove that certain partners and members of the institutions are not interested in reaching a viable and beneficial agreement for all parties, but rather the humiliation of the Greek people.

These proposals mainly illustrate the IMF’s insistence on harsh and punitive austerity measures. Now is the time for the leading European powers to rise to the occasion and take initiative to definitively end the Greek debt crisis, a crisis affecting other European countries as well, by threatening the very future of European integration.

Greek citizens, we are facing a historic responsibility to not let the struggles and sacrifices of the Greek people be in vain, and to strengthen democracy and our national sovereignty—and this responsibility weighs upon us.

Our responsibility for our country’s future. This responsibility obliges us to respond to the ultimatum based on the sovereign will of the Greek people.

Earlier this evening, the Cabinet was convened and I proposed holding a referendum, so that the Greek people can decide.

My proposal was unanimously accepted.

Tomorrow, the Parliament will hold an extraordinary meeting to ratify the Cabinet’s proposal for a referendum to take place next Sunday, on July 5th. The question on the ballot will be whether the institutions’ proposal should be accepted or rejected.

I have already informed the French President, the German Chancellor, and the ECB’s president of my decision, while tomorrow I will ask for a short extension of the program -in writing- from the leaders of the EU and the institutions, so that the Greek people can decide free of pressure and blackmail, as stipulated by our country’s Constitution and Europe’s democratic tradition.

Greek citizens, I call on you to decide –- with sovereignty and dignity as Greek history demands — whether we should accept the extortionate ultimatum that calls for strict and humiliating austerity without end, and without the prospect of ever standing on our own two feet, socially and financially.

We should respond to authoritarianism and harsh austerity with democracy–calmly and decisively.
Greece, the birthplace of democracy, should send a resounding democratic message to the European and global community.

And I personally commit that I will respect the outcome of your democratic choice, whatever it may be.
I am absolutely confident that your choice will honor our country’s history and will send a message of dignity worldwide. In these critical times, we all have to remember that Europe is the common home of all of its peoples.
That in Europe there are no owners and guests. Greece is, and will remain, an integral part of Europe, and Europe an integral part of Greece.

For us, for our future generations, for Greek history. For our country’s sovereignty and dignity.