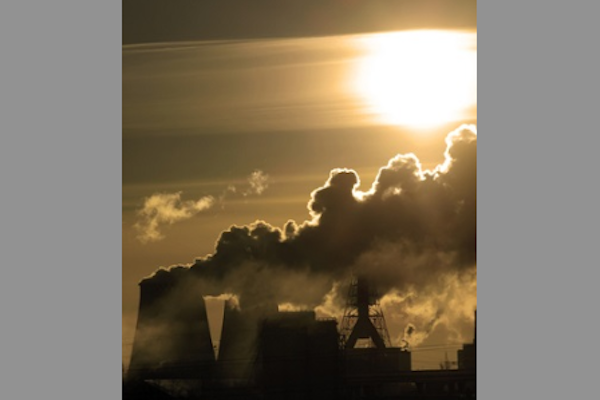 For environmentalists, it turns out, climate truth is not merely inconvenient, it is incomprehensible. How else to explain the fawning response of major green groups to President Obama’s cynical carbon emissions scheme?

The Environmental Protection Agency’s (EPA) proposed coal plant emissions regulations are a trifecta of terrible: near to useless as emissions policy, effective in distracting attention from the administration’s overarching pro-fossil fuel plan, and a tragic obfuscation of the latest, deadly climate science reports.

The facts are not in dispute. Climate is in free fall, with recent definitive evidence that the first major geophysical system (the West Antarctic ice shelf) has passed its tipping point, guaranteeing 10 feet of sea level rise and providing irrefutable evidence that the entire, fragile system which has permitted civilization to develop is collapsing. The internationally agreed objective of limiting global temperature increase to 2 degrees Celsius is clearly way off base and all climate policy and strategy based on that target, which assumes a timeframe allowing for incremental response, is miscalculated.

In this context, President Obama unveiled an energy policy last month brazenly entitled “All of the Above,” which assumes a global temperature rise of 6 degrees Celsius, calls for an increase in oil and gas extraction and barely addresses climate change.(1) This pathway to doom was followed up last week with the EPA’s proposed emissions regulations for coal plants, which one business commentator described as a “big favor” to the power industry. The draft rules call for 30 percent emissions reduction from 2005 levels, half of which is already accomplished, and ignores the reality that coal being ripped from Appalachia and Western states will simply be shipped and burned elsewhere.

President Obama should have given the American people an honest explanation of the terrible predicament we now face and at least a sketch of the scale and timing of the global response now required – which must include new forestry and agricultural practices in addition to emissions cuts. What we got was a tepid description of the problem, weaker than past presidential statements, a flat lie (that natural gas has substantially less impact on climate than coal) and an understatement of risk so vast, in light of the most recent Antarctic news, as to arguably be considered misconduct.

By any reasonable measure the plan sucks and environmentalists ought to have been first in line denouncing it as an utterly inadequate sham. Instead, 15 of the largest US environmental organizations endorsed the EPA plan within a day, calling it “courageous,” “momentous” and “bold.” Only four of the 15 organizations could bring themselves to suggest that perhaps the rules be strengthened. Not one organization pointed out the gaping disparity between the scale of action now demanded to avert disaster and President Obama’s dinky EPA emissions measures nestled inside a pro-fossil fuel policy.(2)

This is bewildering behavior.

The emissions scheme is near-to-useless as policy and comes embedded in a pro-gas and oil plan summed up by Joe Romm as “Après nous, le Déluge.” A plan that in the best light might be considered good intentioned and in the worst, criminally negligent, was characterized by green groups as an “important,” “much needed,” “significant,” “major,” “biggest,” “tremendous” and “courageous” step.

Even if one believes that there is still time for modest steps (despite all evidence to the contrary), for environmentalists to slavishly sign off on such a cheap offer is still terrible strategy. Perhaps the most useful lesson that can be gleaned from the right wing – which took issues and a political view only slightly less marginal than climate change and environmentalism and drove them into the very heart of the American agenda – is that rigorous and uncompromising stands vigorously advanced by a bold minority may not win initially, and will be bitterly criticized by moderates, but will force fundamental political change.

Environmentalists understand that the only course of action with a shot at averting cataclysm must be immediate, drastic and global. The fact that it is difficult to conceive how to even talk about this, let alone find practical, political points of purchase, is no excuse for pretending that there is still time for half measures, compromise and incremental action. If we, environmentalists, can’t bring ourselves to face the truth, why should anyone else?

Consider, for example, where we would be now if last week those same 15 organizations had released a statement something along these lines:

In an unprecedented demonstration of resolve and common purpose, the heads of 15 major environmental and climate organizations today issued a joint statement calling on President Obama to withdraw proposed administration regulations on emissions from coal plants and redraft a pro-fossil fuel strategy, “in light of perilous conditions in the Antarctic.”

“We praise the president for acknowledging that climate change is a threat to the environment and wellbeing of the nation and threatens to deny future generations a livable planet, but call for the proposed carbon pollution standards for coal plants to be withdrawn. In light of the most recent scientific evidence, particularly two recent NASA reports showing the West Antarctic ice shelf is in uncontrollable collapse, the proposed standards are too little, too late to avoid catastrophe.”

Is there really any question that such an approach would not have effectively shifted the center of the civic debate and strengthened the president’s hand? Sure, there are arguments against such an approach, but the crucial point to consider is that US environmentalists never considered such an option.

How is that possible? How, with 20 years to organize ourselves, have environmentalists proceeded placidly with a climate program that is no more than the conglomeration of 30 or so individual organization and private foundation plans? Can anyone imagine that the banks, facing a looming crisis that threatened collapse of the entire economic system, would not have found time at some point over 20 years to consider pooling resources, agreeing on a joint strategy and speaking to the nation with a united voice?

Yes, our organizations did speak last week in almost precisely the same language, but that was not the result of a considered joint strategy; it was political Brownian motion driven by fear. We should be ashamed.

1. “The All of the Above Energy Strategy As a Path to Sustainable Economic Growth” includes 32 references; none are climate science.

2. Outside of major environmental organizations, The Center for Biological Diversity rejected the EPA proposal and the Institute for Policy Studies (IPS) opposed the inclusion of emissions trading and offsets. 350.org endorsed the proposal as one among many necessary measures.