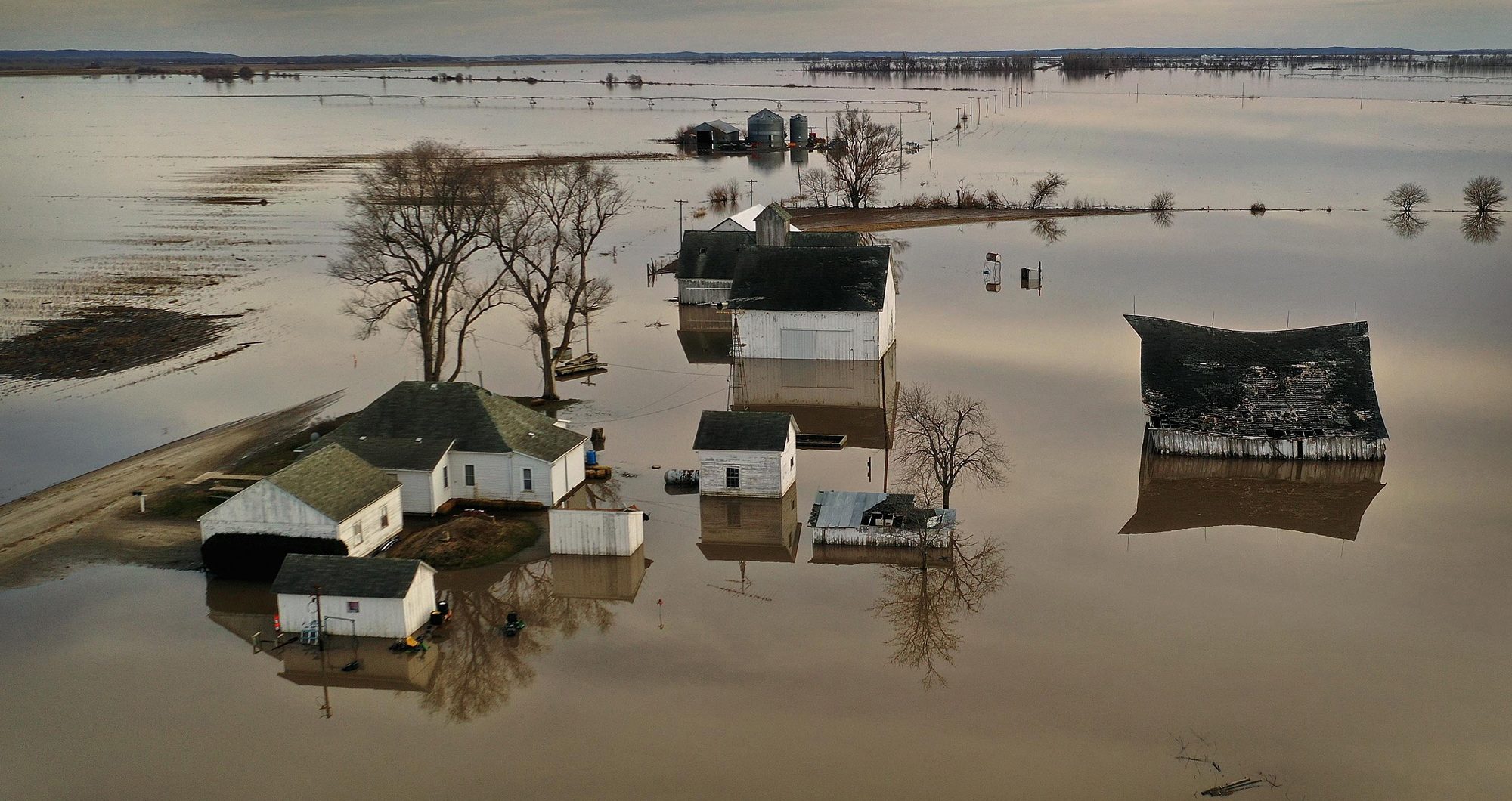 Above photo: Floodwaters surround a farm on March 22 near Craig, Mo. Many farmers in the Midwest were unable to plant crops last year because of the floods and Farm Aid’s hotline call volume increased 109% from 2017. Around 75% of the calls were because of natural disasters.   Photo by Scott Olson/Getty Images

Last year, Rep. Alexandria Ocasio-Cortez (D-N.Y.) and Sen. Ed Markey (D-Mass.) introduced a resolution to Congress calling for an ambitious re-imagining of the U.S. economy―one that would tackle both climate change and inequality.

Now with broad support among democratic presidential hopefuls, the Green New Deal resolution highlights the transformation of energy, transportation, health care and employment systems in our country, while briefly mentioning food and agriculture.

We believe, however, that since agriculture is both a major contributor to climate change and one of the key solutions, it should be a major part of the Green New Deal. In a new report by Data for Progress, titled “Regenerative Farming and the Green New Deal,” we propose addressing climate change, and the economic hardship faced by small farmers, by providing a supportive transition from unhealthy soil practices to regenerative farming systems.

As the land is being degraded, farmers increasingly feel the effects of unsustainable farming practices and climate change. For example, many farmers in the Midwest were unable to plant crops last year because of the floods. Farm debt has now reached levels not seen since 1980, and last year, Farm Aid’s hotline call volume increased 109% from 2017. Around 75% of the calls were because of natural disasters.

It is estimated that the total cost of erosion from agriculture in the U.S. is as high as $44 billion per year. But the fact is, “society” is not the one being asked to make the tangible change on the ground. The farmers are. In addition, the economic benefit to farmers of erosion control is far less than the costs of soil erosion to society.  If we are to resolve this dilemma, we cannot rely on the moral society versus self-interested farmer argument and assume that conventional farmers do not also feel a deep sense of responsibility to care for the land. To make transformational change in farm policies, we must make this change economically feasible for farmers and assist them through the transition by rewarding farmers for ecological services and investing in healthy soils training for farmers.

The Data for Progress report argues that combating soil erosion and restoring soil health through thoughtful and sustainable farming practices can be economically viable solutions to the current farming models. The top proposals include:

Without proper training, these farmers are not adequately prepared to make the necessary changes. And by not providing education, the U.S. government directly prevents progressive farming practices in the areas that need it most. This lack of support has consequences: The pervasive soil erosion across the U.S. limits productivity, kills microorganisms, and costs Americans―especially farmers―their livelihoods.

Because we rely on our farmers to be on the forefront of the fight to mitigate climate change, we need to find a way to make this change economically feasible for farmers. That’s exactly what a Green New Deal should be all about.