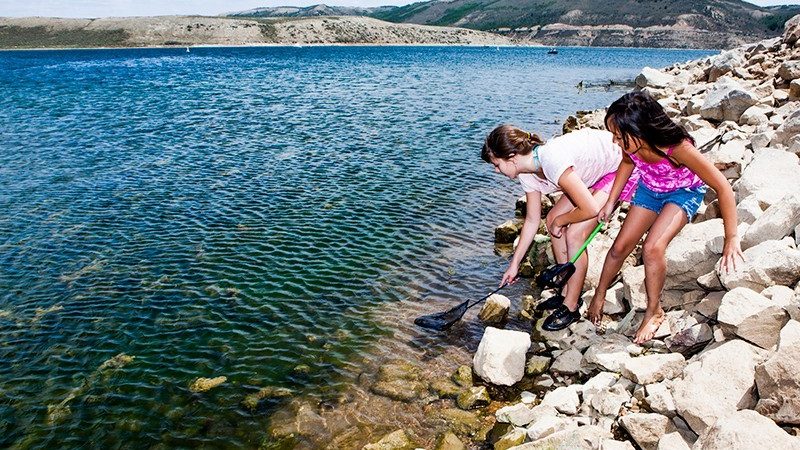 The administration’s latest attempt to undermine the Clean Water Act would jeopardize tribal and state rights to protect their water quality.

Washington, D.C. — American Indian and Alaska Native federally recognized Tribes and environmental groups, represented by Earthjustice, sued the Trump administration over its attempt to weaken clean water protections. The rule changes proposed by the Environmental Protection Agency would force states and Tribes to accept damaging and unwanted pipelines and other fossil fuel projects on their lands. The EPA reverses its long-standing interpretation of Section 401 of the Clean Water Act in a move that is contrary to the language, purpose, and intent of the statute.

The lawsuit filed seeks to protect tribal and state water quality, and to prevent the EPA from allowing dangerous levels of pollution that would harm the health of families. This rule change is being adopted explicitly to support the fossil fuel industry.

“In order to maintain the Suquamish Tribe’s values and traditions, we will take action to protect, maintain, and preserve our ancestral waters that have supported subsistence, cultural, and commercial uses since time immemorial. This rollback has a direct effect on our tribal community and the next seven generations or more,” said chairman of the Suquamish Tribe and president of Affiliated Tribes of Northwest Indians, Leonard Forsman.

“This unlawful rollback from the Trump administration seeks to trample the rights of Tribes and states to review and reject dirty fossil fuel projects that threaten their water. We will keep fighting until our government puts people before polluters and protects clean water for every community,” said Earthjustice staff attorney Moneen Nasmith.

“We filed this suit to stop the Trump administration from giving control of our water to the polluting corporations who put their profits over our health. Since Trump’s EPA is taking away states’ and Tribes’ ability to protect their clean water, we’re going to court to take it back,” said Sierra Club senior attorney Nathan Matthews.

Under Section 401 of the Clean Water Act, states and Tribes have the authority to place conditions on federal projects that degrade lakes, streams, rivers, and wetlands within their borders — or to reject them altogether.

The Trump administration’s new rule seeks to undermine that authority in several ways:

The lawsuit comes after President Trump signed an executive order in April 2019 directing the Environmental Protection Agency to revise guidance and issue new regulations for Section 401. Earthjustice, working with conservation and community groups, sent a letter to EPA objecting to the Trump administration’s efforts to undercut states’ and Tribes’ authority to protect water quality and filed comments opposing the proposed rule.

Background on Section 401 of the Clean Water Act

The Clean Water Act is one of our nation’s bedrock environmental laws. Congress passed this popular law in 1972 to “restore and maintain the chemical, physical, and biological integrity of the Nation’s waters.”

To protect water quality, section 401 of the Clean Water Act creates a state-tribal-federal partnership, giving individual states and eligible Tribes the ability to review the impacts of many different types of federally licensed projects on waterways and wetlands within their borders.

States and eligible Tribes have up to one year to issue, condition, deny, or request more information regarding water quality and environmental harm from a proposed project. Some projects have the potential to significantly degrade local and state water quality by, for example, cutting trenches through hundreds of waterways, damming rivers, or destroying acres of wetlands.