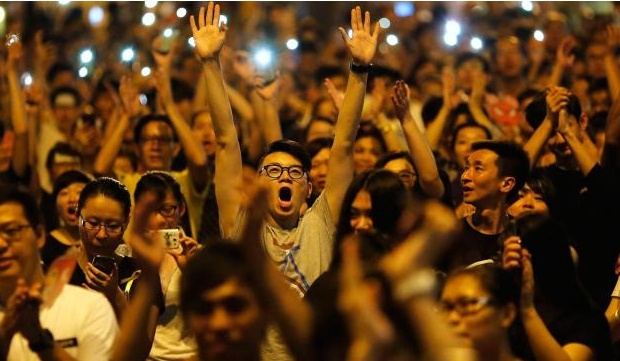 “It is up to the oppressed, of every generation, to plumb the depths of history, and to excavate the ore of understanding, to teach us, not what happened yesterday, but to teach us why today is like it is, so that we may learn ideas to change it.” – Mumia Abu-Jamal

It was February of 1848 when what came to be called “The Spring of Nations” and “The Year of Revolution” began. The first revolt was in France, then the unrest spread to nearby countries and eventually as far afield as Latin America. The reasons for the uprisings varied, but an unaccountable aristocracy and increasing food shortages united the middle and lower classes in most of these places to demand change.

When the smoke cleared, some progress had been made, but the alliance between the middle and lower classes soon broke in most areas as their interests diverged. It was in the realm of ideas that the revolutions had the most effect, spreading the ideal of representative democracy far and wide and igniting the flames of a new kind of nationalism that would eventually see the dissolution of old empires and the birth of modern nation states, including Germany and Italy.

In 2011, Occupy Wall Street, a more peaceful wave of protest against the consolidation of a what could be called a new transnational aristocracy, quickly spread to over 750 locations worldwide – mostly in the developed economies of the West, which themselves faced austerity measures once reserved for poor countries.

While the exact circumstances varied from country to country, a lack of basic human rights coupled with food shortages helped instigate the Arab Spring that same year, in which disgruntled citizens from Bahrain to Tunisia rose up in protest against absolutist monarchies and autocratic governments alike.

Both the Occupy movement and the Arab Spring have been written off by analysts and commentators in a similar way that many at the time dismissed the events of 1848. With the notable exception of Tunisia, the Arab Spring brought often brutal counter revolutions, further repression and, in too many places, religious sectarianism and civil war.

Will 2016 Be a Year of Extraordinary Protests?

It seems obvious to many that the financial meltdown of 2008 led to the widespread unrest that appeared to culminate in the protest movements of 2011. Yet, far from addressing the systemic problems exposed by the crisis, elites, backed by governments, have doubled down and the poor and working classes are now worse off than they were then. A recent Oxfam study showed that just 62 people possess more wealth than the bottom 3.6 billion of the world’s population. In 2010, the number was 388.

As a separate recent report showed, based on data compiled by UK-based researcher Dr. David Bailey, this year is shaping up to be a year of protest that could make others, including 2011, pale in comparison. Interestingly, Bailey discovered that protest reached an all time high in the UK in 2015, not 2011, and, with further austerity on the horizon as well as cuts to health and other services, this trend seems likely to continue in that country. What remains to be seen is if activists can unite across borders to achieve their goals.

Another important but rarely discussed issue, of particular concern to those living in urban centers, is gentrification. This has become an important component of anti-austerity organizing in cities like London, where housing traditionally reserved for the poor and working classes is being sold to the highest bidder, displacing families that have lived there for generations.

In Greece, perhaps the worst hit target of austerity policies, widespread protest continues regardless of the strong-arm financial tactics used by the financial Troika to cow the anti-austerity Syriza government into submission last year. The latest battles are over pension “reform,” a word that many feel has become a euphemism for the continuing upward redistribution of wealth. A general strike has been called by Greek unions for Feb. 4, “to protest against the pension and labor market reforms international creditors say Greece needs to revive its economy.”

In the U.S., 2015 saw the birth of a newly energized civil rights movement under the banner of Black Lives Matter, as well as continuing agitation against corporate oligarchy as protests escalated for a living wage. In another widespread, if little reported series of protests, thousands of people took to the streets to oppose companies like Monsanto and other purveyors of GMOs, and the pesticides that are wreaking havoc on bee and other pollinator populations essential to the production of food.

Although the demands and circumstances may vary, other examples of the intensifying protest trend can be found throughout the world: from Azerbaijan to Brazil to Ethiopia, to name a few examples. Still, one of the major problems activists face is the outright indifference of the media in most places, whether in authoritarian countries or the neo-liberal West. However, to counter the lack of mainstream coverage, alternative and social media have emerged, allowing organizers and citizen journalists to find ways around the media filters that governments and power holders cling to in order to suppress dissent.

From human rights to existential threats like global warming and the loss of bio-diversity, as well kitchen table issues like income inequality and food security, progressive forces are aligning on the right side of history as they oppose both the global elite and the populist provincialism of far-right groups like Pegida and demagogues like Marine Le Pen and Donald Trump. With 1848 and 2011 as guides, the old axiom “Think globally, act locally” has never been more relevant than it is today.